Providing For Our Brave New World 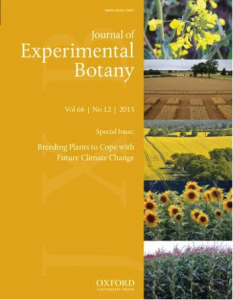 More often than not, climate change discussions are focused on debating the degree of change we are likely to experience, unpredictable weather scenarios, and politics. However, regardless of the hows and whys, it is now an undeniable fact that the climate will change in some way.

This JXB special issue focuses on the necessary and cutting edge research needed to breed plants that can cope under new conditions, which is essential for continued production of food and resources in the future.

The breadth of research required to address this problem is wide. The 12 reviews included in the issue cover aspects such as research planning and putting together integrated research programs, and more specific topics, such as the use of traditional landraces in breeding programs. Alongside these reviews, original research addresses some of the key questions using novel techniques and methodology. Critically, the research presented comes from a diversity of labs around the world, from European wheat fields to upland rice in Brazil. Taking a global view is essential in our adaptation to climate change.

Why release this special issue now?

Quite simply, the consequences of an inadequate response to climate change are stark for the human population. In fact, as previously discussed on the Global Plant Council blog, changing climate and extreme weather events are already having an impact on food production. For example, drought in Australia (2007), Russia (2010) and South-East China (2013) all resulted in steep increases in food prices. However, a positive side effect of this was to put food security at the top of the global agenda. 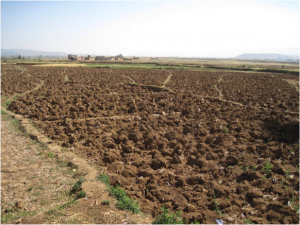 Moving forwards, researchers and breeders alike will have to change their fundamental approach to developing novel varieties of crops. In the past, breeders have been highly succesful in increasing yields to feed a growing population. However, we now need to adapt to a rapidly changing and unpredictable environment.

Dr Bryan McKersie sums this up in his contribution to the special issue. He commented: “Current plant breeding methods use large populations and rigorous selection in field environments, but the future environment is different and does not exist yet. Lessons learned from the Green Revolution and development of genetically engineered crops suggest that a new interdisciplinary research plan is needed to achieve food security.”

So which traits should we be studying to increase resilience to climate change in our crops?

A potentially important characteristic brought to the foreground by Dr Karine Chenu and colleagues (University of Queensland, Australia) is susceptibility to frost damage. Although seemingly counterintuitive at first, the changing climate could result in greater frost exposure at key phases of the crop lifecycle. Warmer temperatures, or clear and cool nights during a drought, would allow vulnerable tissue to emerge earlier in the spring (Gu et al., 2008; Zheng et al., 2012). A late frost could then be incredibly destructive to our agricultural systems, causing losses of up to 85% (Paulsen and Heyne, 1983; Boer et al., 1993).

As explained by Dr Chenu, “Finding frost tolerant lines would thus help to deal with frost damage but also with losses due to extreme heat and drought – as they could be avoided by earlier sowings”.

The authors conclude that a “national yield advantage of up to 20% could result from the breeding of frost tolerant lines if useful genetic variation can be found”. The impact of this for future agriculture is incredibly exciting.

This study is just one illustration of the importance of thinking outside the box and investigating a wide range of traits when looking to adapt crops to climate change.

You can find the full Breeding plants to cope with future climate change Special Issue of Journal of Experimental Botany here. Much of the research in the issue is freely available (open access).