Genetic Diversity in our Food Systems 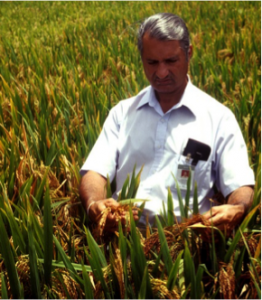 This week’s blog post has been written by agronomist and geneticist Gurdev Khush. Gurdev had a major role to play in the Green Revolution, and while working at the International Rice Research Institute (IRRI) developed more than 300 rice varieties, one of which (IR36) became the most widely planted variety of rice. The impact and significance of his work has been recognized by numerous awards including the World Food Prize in 1996, the Wolf Prize in Agriculture in 2000, the Golden Sickle Award in 2007, and in 1987 the Japan Prize.

Our civilization developed with the domestication of plants for food, fiber and shelter about 10,000 years ago. Since then we have made constant improvements to these domesticated plants based on genetic diversity. It is the conservation, evaluation and utilization of this genetic diversity that will be essential for further improvements in our food crops and world food security.

The first important step in conserving biodiversity was the establishment of a gene bank by Nikolai Vavilov at the Leningrad Seedbank in Russia during the 1920s. In subsequent years more gene banks were created in developed countries, and the Green Revolution provided major impetus for the establishment of gene banks in developing countries. The first gene bank for the conservation of rice germplasm was organized after IRRI was established in the Philippines in 1960. Other rice growing countries followed suit and now most of them have their own gene banks. 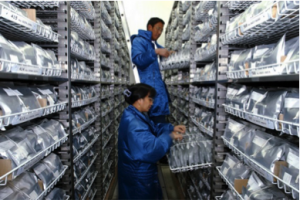 The IRRI gene bank has progressively grown from a few thousand entries in 1962 to over 120,000 entries today, including accessions of all the wild species. The germplasm is stored under two-temperature and humidity regimes. The medium term store keeps seeds at 4ºC and a relative humidity of 35% for 30–40 years, while in the longer term store, maintained at –10ºC and a relative humidity of 20%, seeds are expected to remain viable for 100 years.

IRRI accessions are evaluated for morphological traits, grain quality characteristics, disease and insect resistance, and for tolerance to abiotic stresses such as drought, floods, problem soils and adverse temperatures. These are all important characteristics in terms of breeding resilient and high yielding rice varieties for the future. 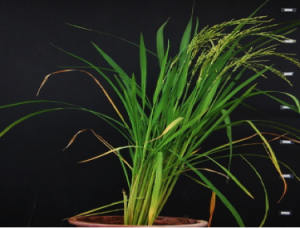 Gene banks have played an important role in world food security. However, as the population grows there are now even bigger challenges for meeting demand. Climate change and increased competition for land and water resources further magnify the problem. We need to breed climate resilient crop varieties with higher productivity, durable resistance to diseases and insects, and tolerance to abiotic stresses. Success will depend upon the continuous availability of genetic diversity; we must redouble our efforts to unlock the variability currently preserved in our gene banks.

Establishment of the Diversity Seek Initiative (DivSeek) and the proposed Digital Seed Bank, under the auspices of the Global Plant Council, is a welcome development.

The aim of DivSeek is to develop a unified, coordinated and cohesive information management platform to provide easy access to genotypic and phenotypic data on germplasm preserved in gene banks. It is an international effort to bring together gene bank curators, plant breeders and biological researchers. To begin with, the project will develop standards and generate genotypic, transcriptome and phenotypic information for cassava, rice and wheat diversity. This will form the foundation of the Digital Seed Bank, a novel type of database containing standardized and integrated molecular information on crop diversity. The information from this database will be publicly available, and will be of enormous scientific and practical value. It has the potential to significantly increase our understanding of the molecular basis of crop diversity, and its application in breeding programs.