Nanopores: Next, next generation sequencing

Do you have a genome sequencer in your pocket or are you just happy to see me?

On September 4 I attended an event sponsored by Oxford Nanopore Technologies (ONT) at Norwich Research Park, UK, which focused on nanopore technologies. This new technology has been dubbed ‘Next, next-generation sequencing’, and could have really exciting implications for the future of genome sequencing.

ONT has developed a pocked-sized genome sequencing device called the MinION that can sequence genomes in real time. Thanks to recent pop culture this generates visions of cuddly yellow creatures with an overly developed desire to serve super-villains. However, a MinION is actually a new genome sequencing device. To help confused readers, the figure below should help clarify the issue once and for all (Figure 1).

Figure 1: Demonstrating the difference between the pop culture Minion on the left and the genome sequencing MinION on the right.

The striking thing about the MinION is its size. Sequencing machines these days vary in size from something that sits on a desktop, to something that fills half a student’s room. The MinION however, fits in the palm of your hand. This is possible thanks to highly miniaturized electronics.

So how does it work?

At the core of the MinION are two biological components: the nanopore protein, which gives the company its name, and a motor protein. The nanopore protein sits on top of an artificial layer and acts a microscopic sluice gate that controls how much of the sample solution passes through it into the lower layer. The sample solution contains DNA, but also ions that pass through the nanopore, thus creating a measurable electrical current. If a big molecule like a strand of DNA passes through the nanopore, the flow of ions is perturbed, which results in a change in the electrical current. These changes are recorded and interpreted to give the sequence of said DNA molecule.

Meanwhile, the motor protein sticks to a DNA molecule, attaches itself to the top of the nanopore, and feeds the DNA through the nanopore as a single strand at a certain speed. This process is similar to a ratchet. Each MinION device has thousands of nanopores allowing for as many molecules to pass through and be sequenced in real time. This is nicely illustrated in a video made by ONT, which you can see here which is well worth a watch!

The sequence data are sent to a cloud server in real time, where they are transformed and analyzed and the final data sent back to the user. This eliminates the need for an expensive computer infrastructure as well as the need for extensive training in bioinformatics.

Limitations of the technology

So far so good, but there are still some issues with the MinION system. One of these is the average length of the DNA molecules that can be sequenced. In theory, the MinION system is able to sequence DNA molecules of any length, although the data from users at last week’s event suggests that, at the moment, the average length of sequence obtained is around 6,000 base pairs (bp). This is still a great value, but there is room for improvement. Another issue is the amount of data generated by a single MinION run, which according to user experience is generally around 1Gb, approximately 200 times the size of the gut bacterium E. coli. Both of these issues can be easily remedied by running several MinION sequencers with the same sample.

A larger problem is the matter of sequencing accuracy, which is now somewhere around 90%, although it can be as low as 75%. This can in part be compensated for by the sheer amount of data generated. However, it would require a lot of sequencing to make up for these mistakes, and is a critical point that needs to be addressed by ONT in the future.

The MinION system has been and is being used worldwide for a number of different applications. Scientists and medical doctors have used the MinION to monitor strains of the Ebola virus in different patients. Thanks to the real time sequencing data and cloud-based data analysis, patients could be screened within a few days as opposed to weeks. Another interesting example of the usefulness of the MinION system was when scientists travelled to the Tanzanian jungle to assess the biodiversity of frogs in the region.

There are many more fascinating applications for the MinION sequencer. Scientists who are interested can join the MinION Access Programme (MAP) to become part of the research and development community.

I very much enjoyed the ONT event and I am hopeful and curious about what the next few years will bring in terms of innovation and development. 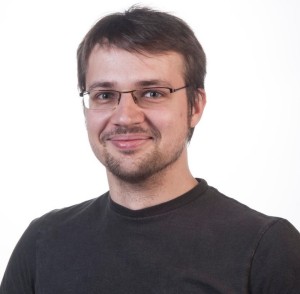 Nikolai Adamski is a postdoctoral scientist working at the John Innes Centre in Norwich, UK, in the group of Cristobal Uauy. He studies yield and yield-related traits in wheat, trying to identify the underlying genes to understand the control and regulation of these traits.