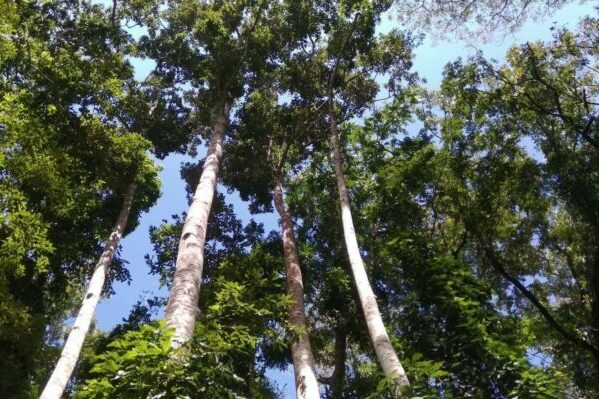 The tree species in the Dipterocarpaceae family dominate many tropical forest formations in Southeast Asia. The Philippines is home to more than 50 dipterocarp tree species, of which 25 cannot be found anywhere else on Earth. About 97% of the Philippines’ tropical forest have been subjected to logging activities, and are often converted to other land uses such as for agriculture. Hence, many of these important and unique tree species are under severe threat. Apart from this, climate change may further threaten the survival of these tree species as environmental conditions become increasingly inhospitable, driving potential shifts in their population ranges.

A study by Prof Edward WEBB and his PhD student, Mr Sean PANG, both from the Department of Biological Sciences, NUS combined land cover maps obtained from PhilGIS, a repository for geospatial data in the Philippines, with species distribution modelling to assess the dual threats of land cover change and climate change on the Philippine dipterocarps. Their study found that most of the dipterocarps have already had their geographical ranges reduced by more than 50% due to deforestation. Model projections until year 2070 incorporating climate change scenarios showed that the combination of possible species range shifts and present day deforestation will further reduce the land area of future suitable habitats for these tree species. This may potentially push many of the dipterocarps tree species closer to extinction.

As part of the conservation efforts, protected areas such as national parks are often established to maintain the population of vulnerable tree species by taking into account the current distribution of species and richness. The team found that the existing network of protected areas was not adequate in providing sufficient coverage to areas of stable and suitable habitat under climate change effects (also known as ‘climate macrorefugia’). The team suggests that the designated protected area should incorporate potential shifts in the geographical range of the dipterocarp species under climate change conditions, so that areas that remain suitable for these trees can be safeguarded. This will help ensure the survival of the dipterocarps trees and their constituent species. The researchers hope that their model predictions will be useful in developing better conservation plans for the protected areas by providing glimpses into the future of the geographical distributions of the dipterocarp trees.

“Our models offer insights into how the dual threats of deforestation and climate change may threaten an iconic tree family in the Philippines. The outcome from our study suggests incorporating climate change scenarios when planning for protected areas as environmentally suitable conditions may shift with climate change. Those species which are being guarded by protected areas now, may no longer be there in the future.”