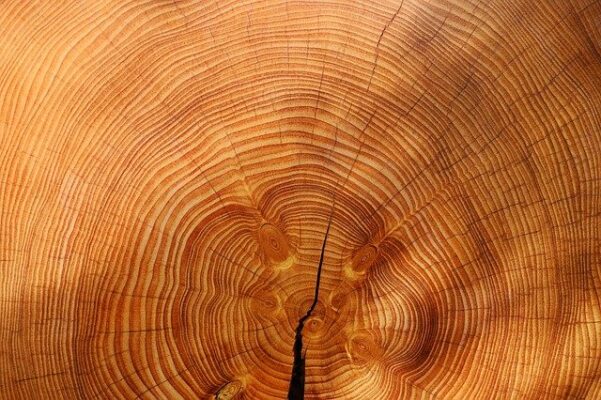 Could lab-grown plant tissue ease the environmental toll of logging and agriculture?

MIT researchers grow structures made of wood-like plant cells in a lab, hinting at the possibility of more efficient biomaterials production.

It takes a lot to make a wooden table. Grow a tree, cut it down, transport it, mill it … you get the point. It’s a decades-long process. Luis Fernando Velásquez-García suggests a simpler solution: “If you want a table, then you should just grow a table.”

Researchers in Velásquez-García’s group have proposed a way to grow certain plant tissues, such as wood and fiber, in a lab. Still in its early stages, the idea is akin in some ways to cultured meat — an opportunity to streamline the production of biomaterials. The team demonstrated the concept by growing structures made of wood-like cells from an initial sample of cells extracted from zinnia leaves.

While that’s still a long way from growing a table, the work provides a possible starting point for novel approaches to biomaterials production that ease the environmental burden of forestry and agriculture. “The way we get these materials hasn’t changed in centuries and is very inefficient,” says Velásquez-García. “This is a real chance to bypass all that inefficiency.”

The paper will be published in the Journal of Cleaner Production. Ashley Beckwith is lead author and a PhD student in mechanical engineering. Coauthors are Beckwith’s co-advisors Velásquez-García, a principal scientist in MIT’s Microsystems technology Laboratories, and Jeffrey Borenstein, a biomedical engineer at the Charles Stark Draper Laboratory.

Beckwith says she’s always been fascinated by plants, and inspiration for this project struck when she recently spent time on a farm. She observed a number of inefficiencies inherent to agriculture — some can be managed, like fertilizer draining off fields, while others are completely out of the farmer’s control, like weather and seasonality. Plus, only a fraction of the harvested plant is actually used for food or materials production.

“That got me thinking: Can we be more strategic about what we’re getting out of our process? Can we get more yield for our inputs?” Beckwith says. “I wanted to find a more efficient way to use land and resources so that we could let more arable areas remain wild, or to remain lower production but allow for greater biodiversity.” So, she brought plant production into the lab.

The researchers grew wood-like plant tissue indoors, without soil or sunlight. They started with a zinnia plant, extracting live cells from its leaves. The team cultured the cells in a liquid growth medium, allowing them to metabolize and proliferate. Next, they transferred the cells into a gel and “tuned” them, explains Velásquez-García. “Plant cells are similar to stem cells in the sense that they can become anything if they are induced to.”

The researchers coaxed the cells to grow a rigid, wood-like structure using a mix of two plant hormones called auxin and cytokinin. By varying the levels of these hormones in the gel, they controlled the cells’ production of lignin, an organic polymer that lends wood its firmness. Beckwith says she assessed the cellular composition and structure of the final product using fluorescence microscopy. “You can visually evaluate which cells are becoming lignified, and you can measure enlargement and elongation of cells.” This procedure demonstrated that plant cells can be used in a controlled production process, resulting in a material optimized for a particular purpose.

Velásquez-García sees this work as an extension of his lab’s focus on microfabrication and additive manufacturing techniques like 3D printing. In this case, the plant cells themselves do the printing with the aid of the gel growth medium. Unlike an unstructured liquid medium, the gel acts as a scaffold for the cells to grow in a particular shape. “The idea is not only to tailor the properties of the material, but also to tailor the shape from conception,” says Velásquez-García. Thus, he envisions the possibility of one day growing a table, no two-by-fours or wood glue necessary.

The technology is far from market-ready. “The question is whether the technology can scale and be competitive on an economic or lifecycle basis,” says David Stern, a a plant biologist and President of Boyce Thompson Institute, who was not involved with the research. He adds that scaling up this approach “would take significant financial and intellectual investment,” likely from both government and private sources. Stern also points to tradeoffs in bringing pieces of forestry and agriculture into the lab. “Agriculture uses the sun’s energy through photosynthesis, and — except in irrigated lands — natural rainfall. It does not require buildings, heat, or artificial light.”

The researchers acknowledge it’s still early days for these lab-grown plant tissues — the team will keep fine-tuning the controls, like hormone levels and pH of the gel, that give rise to the final material’s properties. “It is really uncharted territory,” says Velásquez-García. “One pending question is: How do we translate this success to other plant species? It would be naïve to think we can do the same thing for each species. Maybe they have different control knobs.”

Beckwith also anticipates challenges in growing plant tissues at large scales, such as facilitating gas exchange to the cells. The team hopes to overcome these barriers through further experimentation and eventually build production blueprints for lab-grown products, from wood to fibers.

It’s a radical yet elegant vision — “a new paradigm,” according to Borenstein. “There’s an opportunity here to take advances in microfabrication and additive manufacturing technologies, and apply them to solve some really significant problems in the agriculture arena.”