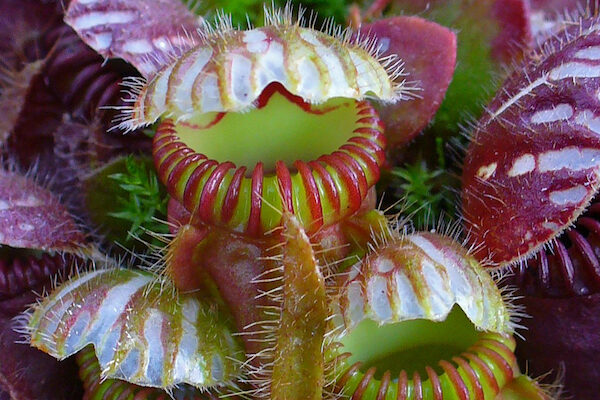 How Climate Caprices can Trigger Plants

Climate change may challenge organismal responses through not only extreme cues. An uncommon combination of benign cues – warm and short days – can also trigger reactions such as misregulations of leaves.

Plants and other organisms can adapt their phenotypes to fluctuating environmental conditions within certain limits. The leaves of the dandelion, for example, are much more small in sunny locations than in shady places. In the sun, less leaf area is adequate to drive sufficient photosynthesis. This makes sense and is part of the dandelion’s genetic programming.

However, plants can deviate from their normal programming if they are under constant heat stress or other extreme factors that endanger their survival. They then develop, for example, a wide range of leaf shapes that are extremely rare under natural conditions. In this case, scientists speak of “hidden reaction norms”.

The influences that cause these reactions have been largely unknown until now. But especially in view of climate change, researchers would like to find answers to this question.

An international research team now shows in the journal Proceedings of the Royal Society B what variety of malformed leaves the carnivorous Australian pitcher plant Cephalotus follicularis can form. To tease out these hidden reaction norms, they subjected the plants for twelve weeks to different conditions in growth chambers.

“The hidden reaction norms of this plant could be revealed when uncommon combinations of benign or neutral environmental stimuli prevail,” says biologist Dr Kenji Fukushima from Julius-Maximilians-Universität (JMU) Würzburg in Bavaria, Germany. Then the plant deviates from its normal programming, according to which it either forms flat, photosynthetically active leaves or leaves transformed into insect traps.

If the plants grew in summer temperatures but with only a few hours of light, they increasingly formed misregulated leave phenotypes. These are exactly the conditions that are becoming more common in many regions of the world due to climate change: Short spring or autumn days which are too warm for the season.

The conclusion of Dr Fukushima and his co-authors from the National Institute for Basic Biology in Okazaki (Japan): “Climate change may challenge organismal responses through not only extreme cues but also through uncommon combinations of benign cues.”

Read the paper: Proceedings of the Royal Society B