Farmed fish are often fed with fishmeal, produced from the dried tissues of caught marine fish. In 2012, a total of 16.3 million metric tons of fish were caught to produce fishmeal and fish oil, 73% of which was used in aquaculture. This practice is unsustainable, and as the global human population is expected to rise to 9 over billion by 2050, capture fisheries will not be able to satisfy the demand for fish protein.

In recent decades there has been extensive research into ingredients to replace fishmeal, but this has focused mainly on sources of plant carbohydrate and protein such as maize and soy, which also serve as human foods. While these crops are now used in some commercial aquaculture feeds, they are not suitable for many species and have had less than optimal results. In addition, many countries do not grow these mainstream crops and are left in the undesirable position of having to import fishmeal alternatives, which can be cost prohibitive, and increase carbon emissions.

An alternative to fishmeal 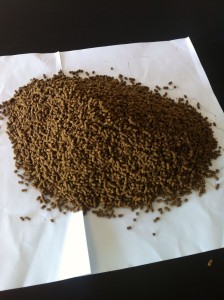 The Crops for the Future (CFF) team in Malaysia is working with the University of Nottingham, UK, to investigate insect-based aquaculture feed as a replacement to fishmeal use in fisheries. Both organizations recognize that current rates of wild fish depletion are unsustainable and will not meet future demand for fishmeal under a ‘business as usual’ scenario. With support from the Newton-Ungku Omar Fund Institutional Linkages Programme, they have shown that the quality of insect larvae as an aquafeed ingredient is affected by the substrate on which the insects feed.

The CFF ‘FishPLUS’ program has revealed that black soldier fly (BSF; Hermetia illucens) larvae fed with underutilized crops can be used to produce insectmeal and replace up to 50% of fishmeal in formulated aquaculture. These crops are not used for human food and can be grown on marginal land close to areas of aquaculture production in tropical climates, increasing the sustainability of the process. 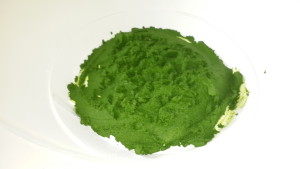 The best results were obtained by feeding the larvae on Sesbiana, a nitrogen-fixing legume that grows well in marginal tropical landscapes and is not a human food crop. Overall, nutrient analyses indicated that the amino acid profile for insectmeal is encouraging and closely resembles fishmeal. 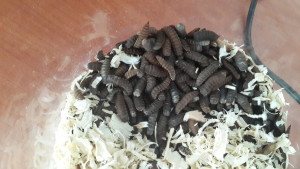 Fish feeding trials using the BSF insectmeal were undertaken in Malaysia at the CFF Field Research Centre. The trial fish, barramundi, accepted a formulated feed with up to 50% replacement of fishmeal with Sesbania-fed BSF insectmeal. The feed conversion ratio, mortality rate and biomass growth rate were all comparable to control trials with commercial fishmeal aquaculture feed. Back in the UK, complementary antinutritional studies at the University of Nottingham contributed essential information to guide the development of an optimal aquaculture feed formulation in the future.

Waste not, want not 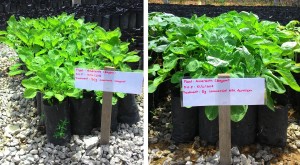 This project also embraces the use of undigested material from the insect feeding as compost for crops like okra and amaranth. For example, 10kg of Sesbania leaves produces 1kg of BSF pre-pupae and 9kg of undigested waste material. When used as a soil conditioner in our agronomy trial, this waste material improve the crop growth at a comparable level to commercial fertilizer. This could be used by terrestrial crop farmers to reduce their fertilizer bill.

The findings of this project are of importance to world food security. As leaders in this field of research, the UK and Malaysian partners are well placed to leverage these preliminary results and explore scalability and options for commercialization of benefit to both economies.

CFF is the world’s first and only organization dedicated to research on underutilized crops. Professor M.S. Swaminathan, World Food Prize Laureate and Father of the Asian Green Revolution, described CFF as `the need of the hour.’

You can see more about the FishPLUS project from Crops for the Future in the video below:

This article was written by FishPLUS Team, for Crops for the Future. 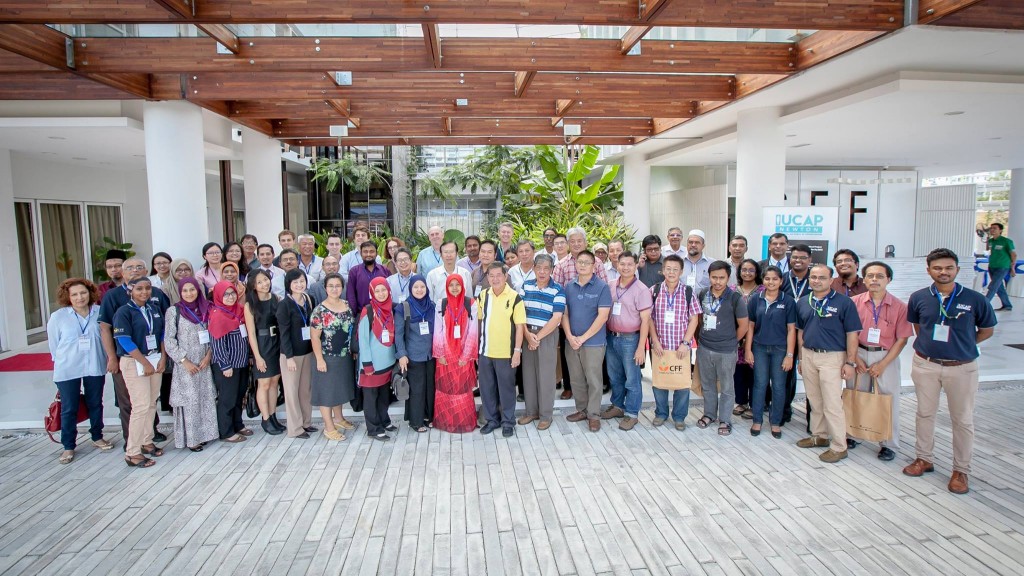 This work is supported by: