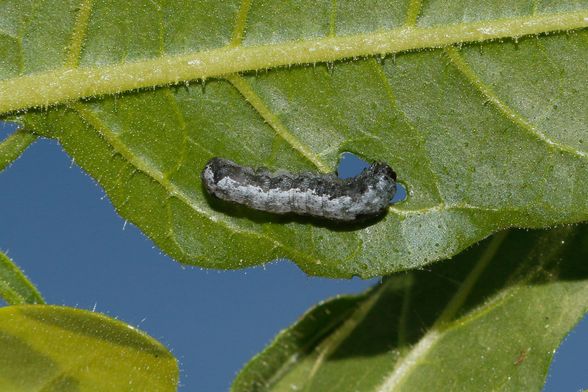 Do plants attacked by herbivores produce substances that are most effective against attackers in a targeted manner, or are herbivore-induced changes in a plant metabolism random, which could thwart the performance of herbivores? Scientists at the Max Planck Institute for Chemical Ecology in Jena, Germany, and at the CNRS Institute of Plant Molecular Biology/University of Strasbourg, France, tested these long-standing hypotheses for the first time using the coyote tobacco Nicotiana attenuata and its close relatives. They combined extensive measurements of known and unknown plant metabolites using mass spectrometry with statistical measures derived from information theory. The results show that plants regulate their metabolism directionally to produce effective defenses. Furthermore, a comparative approach using different populations and closely related species demonstrated that the amount of certain plant hormones are crucial for the directionality of the plant’s response to its enemy.  (Science Advances).

All living organisms on earth can be divided into two major groups: those who produce their own food from abiotic sources, such as light, and those who feed on other organisms. These different ways of feeding affect an organism’s metabolism. Plants, which gain their energy from light, produce a much greater diversity of metabolites than animals. Scientists have long wondered which evolutionary forces are behind this difference. As early as the in the 1950s, researchers assumed that that the ability of plants to produce certain substances to defend themselves could be one reason. There are two different theories on how the production of such defensive substances is regulated in a plant: One possibility is that plants adapt their metabolism in such a way that they produce compounds with defensive functions according to the probability of a future attack. This theory is called “Optimal Defense”. In contrast, a second theory assumes that plants change their metabolism randomly. For herbivores, these random changes would not be predictable and therefore they cannot adapt to a plant’s defense. This assumption is called the theory of a Moving Target, because the defense strategy is not targeted, but hits attackers at random.

Even though many individual defensive substances plants produce after being attacked have by now been well characterized, it has not yet been possible to test experimentally which of the two theories applies on a broad metabolic scale. To answer this question, scientists from the Max Planck Institute for Chemical Ecology and the CNRS Institute of Plant Molecular Biology/University of Strasbourg  have studied the ecological model plant Nicotiana attenuata after attack by two different herbivores. The larvae of the tobacco hawk moth are specialists that only feed on nightshade plants and are generally well adapted to the defenses of their food plants, while the caterpillars of the African cotton leafworm are generalists and can feed on many different plants; however, they are less adapted to individual plant species and their defensive compounds. The scientists used mass spectrometry to analyze known as well as new and unknown metabolites that plants formed after herbivore attack and used statistical principles of information theory for their data evaluation. Modern methods of mass spectrometry allow for an unbiased measurement of as many substances as possible. “What is then needed is defining a mean of statistically scoring metabolic diversity within a plant extract and compare it across multiple experimental conditions and for different plant species. In addition, it is crucial to identify compounds present in a given plant sample which remains a cornerstone challenge in metabolomics. In this study, we provide such an approach combining innovations in computational metabolomics and the use of statistical concepts developed as a part of information theory and applied this approach to test the predictions of plant defense theories,” explains Emmanuel Gaquerel, one of the study leaders.

“The computational workflow that allowed for unbiased and holistic analysis of plant metabolism described in our paper clearly shows that Nicotiana attenuata’s metabolic changes when attacked by both generalist and specialist caterpillars is highly directional,” Ian Baldwin, one of the senior authors, summarizes the results of the study. The study thus backs up the theory of optimal defense: plants reorganize their metabolism in a way that is directional towards the formation of defensive substances.

“It came as a surprise to us that statistical indices obtained for metabolic profiles resulting from feeding by the two herbivores, a nocturnal feeding generalist and a nightshade specialist, largely overlapped despite their distinct feeding behaviors,” Dapeng Li, the first author of the study, says. In order to find out how this defense strategy evolved and which compounds provide a crucial contribution to its success, the scientists used plants in which a trait had been genetically modified, as well as plant populations of the same species and various closely related species. They discovered that the metabolic changes in response to herbivore attack are primarily controlled by marginal modifications in the signaling cascade of plant hormones, in particular of jasmonic acid.

In further experiments, the researchers want to apply this computational workflow to understand how circadian and diurnal patterns influence metabolism. This is a fundamental problem for all organisms that are directly dependent on sunlight for their nutrition, but which is only available at certain times of the day, due to the earth’s rotation around the sun. 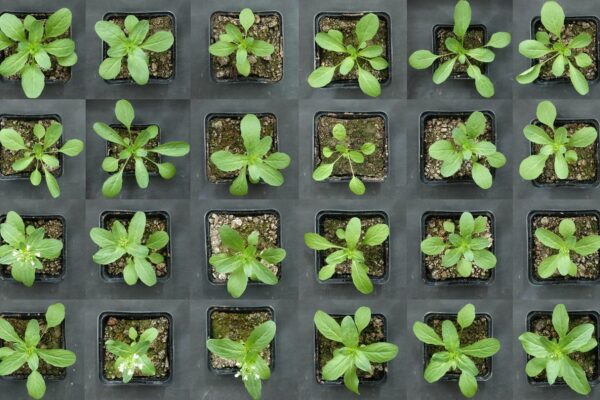