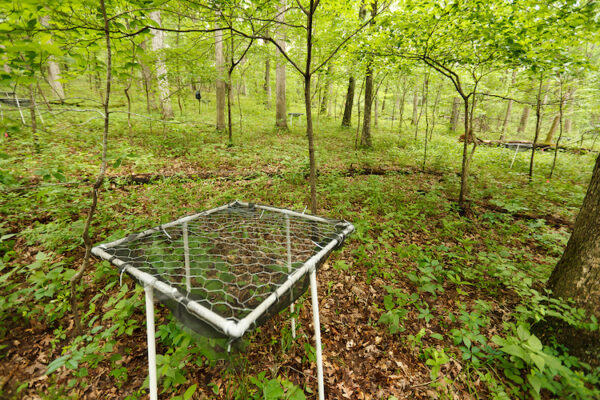 Seed production, recruitment affect how trees are migrating due to climate change

A new study co-authored by Jonathan Myers, associate professor of biology in Arts & Sciences at Washington University in St. Louis, provides key insights into how and why tree populations migrate in response to climate change at the continental scale.

Suitable habitats for forest trees may be shifting fast with recent climate change. Across North America, most tree species in the northern part of the continent already show evidence for northward migrations due to warming temperatures. But the actual mechanics of how trees move into new areas appears to be different depending on whether the trees are found in the West or the East.

In this study led by Duke University, researchers separated out the effects of seed production — the sheer number of seeds that certain tree species create — and the establishment of juvenile trees to identify larger patterns. The results, recently published in the Proceedings of the National Academy of Sciences, provide the first continental-scale evidence for migration and geographic shifts in the processes that control migration.

The researchers discovered that in the interior mountain West, high seed production and the recruitment of juvenile trees — basically, how well baby trees do when they are just getting started — both contribute to migration. In the Northeast, on the other hand, migration is limited by seed production, but facilitated by high recruitment.

“As part of a long-term study of seed production and dispersal — also known as ‘seed rain’ — our research team has collected, counted and identified seeds of every woody plant species in 200 seed traps distributed across the Tyson ForestGEO Plot each year since 2012,” Myers said.

“Interestingly, around 30% of the 81 tree species examined in this study have been collected in our seed traps at Tyson Research Center,” he said. “As one of only two research sites located in the central forests grasslands ecoregion, the Tyson ForestGEO Plot helps to bridge an important biogeographic gap in the MASTIF network.”

In the new study, the southeastern United States emerges as a fecundity hotspot, but it is situated south of tree population centers where high seed production could contribute to poleward population spread. By contrast, seedling success is highest in the West and North, serving to partially offset limited seed production near poleward frontiers.

The evidence of fecundity and recruitment control on tree migration can be used to inform conservation planning.