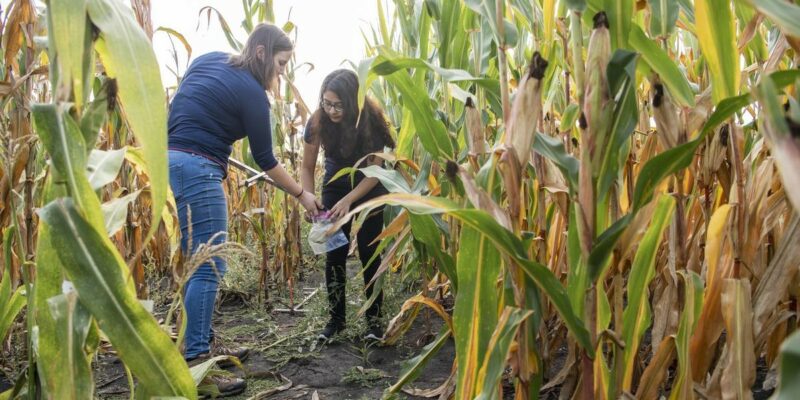 Ask a farmer, a scientist, and a conservation professional to define soil health, and you might come up with three rather different answers. That mismatch may be at the root of lower-than-ideal adoption of soil conservation practices, according to a new study from the University of Illinois and The Ohio State University.

“We all use the term ‘soil health,’ but upon further discussion, it’s often clear different groups don’t really have the same working definition or interpretation of the term. When we keep talking past one another, assuming we know what the other person means, that’s a potential barrier to greater adoption of good soil management practices,” says Jordon Wade, postdoctoral researcher in the Department of Crop Sciences at U of I, and lead author on the study. Wade conducted the research as a doctoral student at OSU.

“Many academics think farmers don’t value soil health, but our results clearly show it’s a major priority for them. We end up spending so much time trying to convince farmers that soil health is important, but they’re already there,” Wade says. “We need to move on and start recognizing farmers as our colleagues and our equals in what we’re trying to achieve.”

Wade and his colleagues sent paper and digital surveys to hundreds of Midwestern farmers, Natural Resource Conservation Service (NRCS) employees, and agricultural researchers, evaluating their conceptualizations and prioritization of soil health and common soil tests. The researchers employed a mental models approach, a type of survey method that tests assumptions about causal relationships among various concepts or factors.

In addition to finding farmers prioritized soil health at a higher level (8.5 out of 10) than academics and NRCS professionals expected (4.9 and 5.7, respectively), the survey revealed surprising agreement about how the groups conceptualized soil health.

“Famers, NRCS personnel, and agricultural researchers all agreed that soil health positively affected crop productivity and farm profitability,” says Margaret Beetstra, co-author on the study and John A. Knauss Marine Policy Fellow at the National Oceanic and Atmospheric Administration. “And all groups reported bidirectional linkages, or feedback loops, between soil health and soil fertility, biological functioning, and soil physical functioning. This was an unexpectedly high degree of agreement across groups, which broadly refuted our hypothesis that farmers and academics conceptualize soil health differently.”

The researchers noted slight differences in soil health conceptualization within groups, however, meaning there isn’t necessarily one right way for groups to communicate about the topic.

“If I, as a researcher, am talking about improving soil health, I might be thinking about how this could reduce inputs, but an NRCS conservationist might not be,” Wade says. “This means that our takeaways from a conversation about soil health could be quite different.”

When asked about how they used and valued various soil tests, farmers and academics tended to be more similar than NRCS professionals, who, according to the survey, rely more heavily on in-field measurements (e.g., “by feel” or how the ground works up with a tractor) than standard agronomic soil tests (e.g., pH, organic matter, extractable nutrients). All groups said they value soil health tests that incorporate measurements of soil microbial activity, but the survey revealed farmers just aren’t using them.

“Our finding that farmers find soil health tests valuable, but often don’t use them suggests some kind of barrier exists, such as availability or cost of these tests,” Wade says.

The study suggests communication and research strategies around soil health could focus less on whether or not soil health is important and more on the perceived benefits and how to measure them. “With more stakeholders pushing in a similar direction, the hope is that we keep improving soil health across the Midwest,” Wade says.

Andrew Margenot, study co-author and Wade’s current faculty advisor at U of I, works closely with Illinois farmers on soil health and fertility issues. He says, “Many farmers in Illinois with whom we worked have noted potential links between soil health and water quality for a given practice, and also, importantly, how some practices may yield benefits on soil health but not necessarily water quality. Given the Illinois Nutrient Loss Reduction Strategy goals of decreased nutrient export to surface waters, this study reinforces that we researchers should be more explicit in articulating – and working with farmers to quantify –how practices that improve water quality may also bolster soil health.”

Read the paper: Journal of Soil and Water Conservation