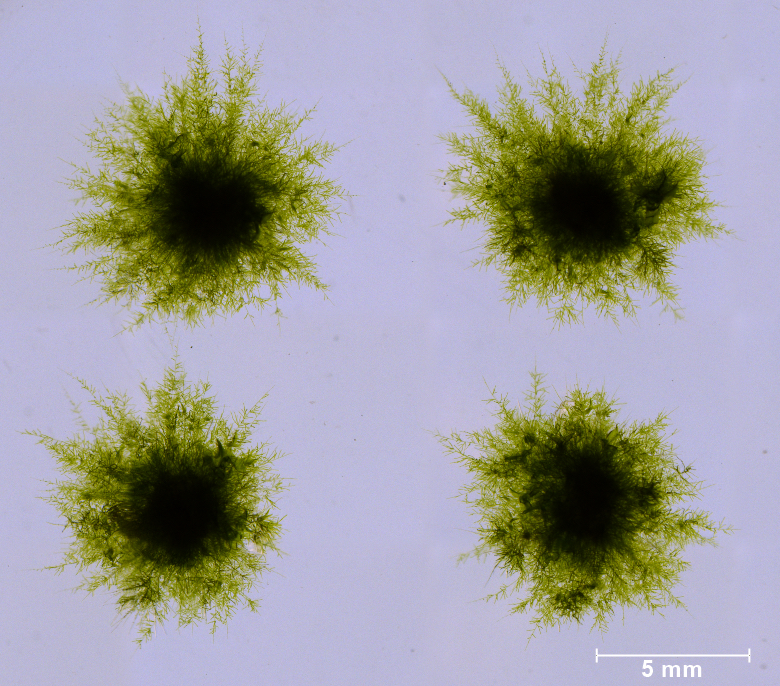 Minuscule tunnels through the cell membrane help cells to perceive and respond to mechanical forces, such as pressure or touch. A new study in the journal Science is among the first to directly investigate what one type of these mechanosensitive ion channels is doing in the tip-growing cells in moss and pollen tubes of flowering plants, and how.

Biologists led by Elizabeth Haswell at Washington University in St. Louis discovered that so-called PIEZO channels are not found along the plasma membrane in plant cells as they are in animal cells.

Instead, they observed that PIEZO channels have retreated into the plant cell, an unexpected discovery. PIEZO channels are found deeper within the cell, in the membranes of vacuoles — the large, intracellular organelles that help to maintain cell turgor and fulfill a number of other roles in the plant cell.

“PIEZO channels in plants play a dramatic and critical role in regulating the shape of the vacuole and how much membrane there is,” said Haswell, professor of biology in Arts & Sciences and a Howard Hughes Medical Institute-Simons Faculty Scholar.

“This is the first example of PIEZO channels involved in regulating organelle morphology,” she said. “The data we present could lead to new lines of investigation for both plant and animal PIEZO homologs.”

As the name suggests, mechanosensitive ion channels are paths, or tunnels, through cell membranes that respond to mechanical forces. Under certain forces a channel opens, allowing the flow of ions across the membrane.

In humans, PIEZO channels are essential for life; without them, cell development halts. They are recognized for their role in perceiving light touch, shear force and compressive force. Dysfunction in PIEZO channels has been linked to multiple human diseases.

PIEZO channels were first identified in plant genomes in 2010. After a decade of research on animal homologs, this new research shines a spotlight on plant cells and explores how they differ from animal cells. Other research teams have recently shown that PIEZO channels are involved in mechanical sensing in plant roots.

The researchers made their initial discoveries using the tip-growing cells of a somewhat atypical model plant, spreading earthmoss (Physcomitrium patens).

But the scientists were able to extend their findings beyond moss to cells from other distantly related plants, including in pollen tubes in a classic model, the flowering plant Arabidopsis thaliana.

“Mosses are one of the groups that comprise the bryophytes, which are the second largest land plant lineage,” said Ivan Radin, a research scientist in the Haswell laboratory and first author of the new paper.

“When we can show that the same thing happens both in moss and a flowering plant, as we did here, the most likely conclusion is that the process is ancestral — it’s at least as old as the land plants are,” Radin said, noting that land plants colonized Earth about a half a billion years ago.

“The more time passes, the more we love it,” Radin said. “Moss proved to be an exceptionally good model.”

As a next step in this research, scientists in the Haswell laboratory are now conducting additional experiments to show how external and internal forces directly affect PIEZO channels in moss cells.

“Plant PIEZO channels are likely to be controlled by membrane tension in plants the same way they are in animals,” Haswell said. The scientists are also exploring the evolution of these channels in algae.

Now they know where PIEZO channels are found in the cell, Haswell and her team are poised to find out what these proteins are doing in the vacuoles.

“We are looking at how PIEZO channel activation results in membrane elaboration and how it is regulated,” Haswell said. “We want to know how the localization evolved and what it does in other cell types. We plan to compare and contrast the structure and function with the animal channels and in organisms across the green lineage.”