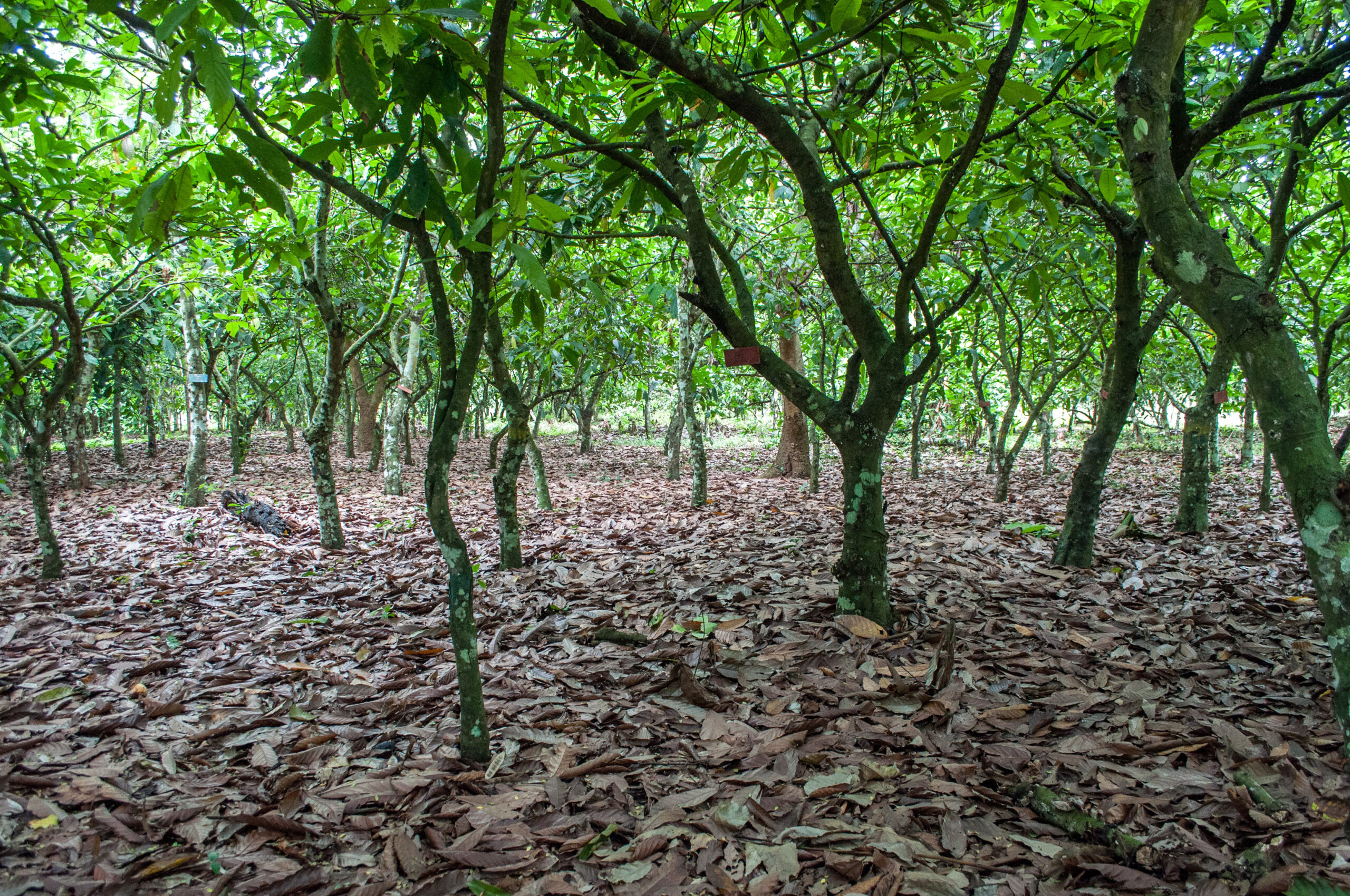 Pruning is the art and science of cutting parts of a plant to increase production and ease harvest and spraying activities. In cocoa cultivation, pruning is recommended to farmers, although its effect on cocoa tree growth and cocoa bean production is not well understood.

Previous studies reported contradicting effect of pruning on cocoa bean yield. However, all those studies looked at pruning effect at plot level, expecting trees in the same plot to respond in a similar way.

Unlike other intensive agricultural systems, cocoa fields are very heterogeneous. Cocoa trees in the same field differ in size and competition with their neighbours. For example, a small tree surrounded by large neighbours competes heavily for light, water and nutrients in the soil. A large tree surrounded by small neighbours instead can access resources much more easily. We expect the effect of pruning to be different from tree to tree. Pruning is likely to change the capacity of a tree to get resources and its competitive interaction with neighbours.

Testing this hypothesis in a mature cocoa field in Ivory coast

In our recently published work (Tosto et al. 2022) we tested this hypothesis in a mature cocoa field in Ivory coast. We applied a recommended pruning treatment to half of the trees in the field. We then evaluated pruning impact on light interception, leaf production and number of fruits produced. We used basal area of cocoa trees to represent tree size and “competition” was quantified as the sum of the basal area of all neighbouring trees . We analysed the data at tree level and checked whether the effect of tree size and competition was modified by pruning.

We found that one year after pruning, pruned trees intercepted as much light as unpruned trees. In pruned trees, though, the light penetrated deeper in the crown. Thus, light was absorbed more evenly across the crown, potentially increasing crown photosynthesis. Leaf production was also stimulated in pruned trees.

Our results have some important methodological and practical implications. First, the large variability of responses that we observed stresses the importance of performing analysis at tree level rather than at plot level. This variability can also potentially explain the contrasting results found in previous studies.

Second, such large variability shows that we need to tailor pruning interventions to individual trees. More attention should be given to this aspect in pruning manual and pruning training.