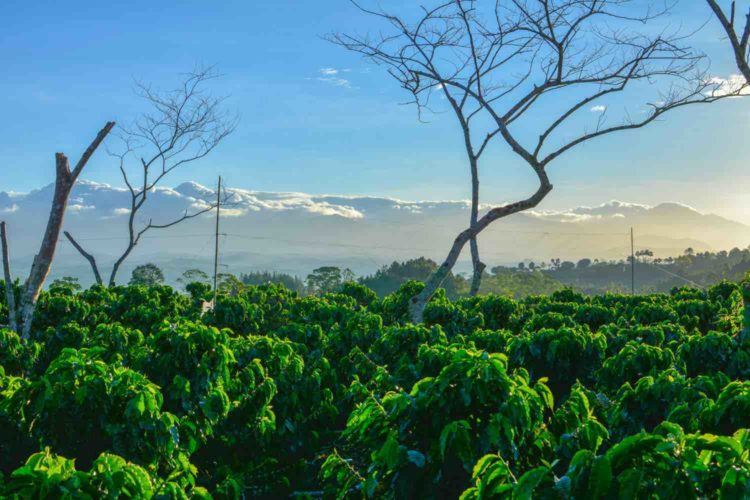 Crop diversity can buffer the effects of climate change

The researchers found that farms with diverse crops planted together provide more secure, stable habitats for wildlife and are more resilient to climate change than the single-crop standard that dominates today’s agriculture industry.

How we farm can guard against climate change and protect critical wildlife – but only if we leave single-crop farms in the dust, according to a new Stanford study.

The research provides a rare, long-term look at how farming practices affect bird biodiversity in Costa Rica. “Farms that are good for birds are also good for other species,” said Jeffrey Smith, a graduate student in the department of biology and a co-author on the paper. “We can use birds as natural guides to help us design better agricultural systems.”

By and large, the team found that diversified farms are more stable in the number of birds they support, provide a more secure habitat for those birds and shield against the impacts of climate change much more effectively than single-crop farms.

“The tropics are expected to suffer even more intensely in terms of prolonged dry seasons, extreme heat and forest dieback under climate change,” said Gretchen Daily, director of the Stanford Natural Capital Project and the Center for Conservation Biology and a senior author on the paper. “But diversified farms offer refuge – they can buffer these harmful effects in ways similar to a natural forest ecosystem.”

The findings, published in this week’s issue of the journal Nature, highlight the importance of farms that grow multiple crops in a mixed setting instead of the more common practice of planting single-crop “monocultures.”

“This study shows that climate change has already been impacting wildlife communities, continues to do so, and that local farming practices really matter in protecting biodiversity and building climate resilience,” said Nick Hendershot, a graduate student in the department of biology and lead author on the study.

Threatened in the tropics

Tropical regions are some of the most species-rich in the world, but they also face the greatest threats to biodiversity. As their forests are felled to plant cash crops like bananas and sugarcane, the amount and availability of natural habitats have shrunk dramatically. Meanwhile, climate change has resulted in longer, hotter dry seasons that make species survival even more challenging.

“It’s the one-two punch of land-use intensification and climate change,” Hendershot said. “Wildlife populations are already severely stressed, with overall decreased health and population sizes in some farming landscapes. Then, these further extreme conditions like prolonged drought can come along and really just decimate a species.”

Until now, little had been known about how agricultural practices impact biodiversity in the long term. This study’s researchers used nearly 20 years of meticulously collected field data to understand which birds live in natural tropical forests and in different types of farmland.

“It is only because we had these unusually extensive long-term data that we were able to detect the role of diversified farmlands in helping threatened species persist over multiple decades,” said Tadashi Fukami, an associate professor of biology in the School of Humanities and Sciences and a senior author on the paper, along with Daily.

The varied agricultural systems at work in Costa Rica provided the research team with an ideal laboratory for studying bird communities in intensively farmed monoculture systems, diversified multi-crop farms, and natural forests. They compared monoculture farms – like pineapple, rice, or sugar cane – to diversified farms that interweave multiple crops and are often bordered by ribbons of natural forest.

Surprisingly, the researchers found that diversified farmlands not only provide refuge to more common bird species, they also protect some of the most threatened. Species of international conservation concern, like the Great Green Macaw and the Yellow-naped Parrot, are at risk in Costa Rica due to habitat loss and the illegal pet trade.

In intensive monocrop farmlands, these species are declining. But in the diversified systems the researchers studied, the endangered birds can be found year after year.

“Which species are in a given place makes a huge difference – it’s not just about numbers alone, we care about who’s there,” Daily said. “Each bird serves a unique role as part of the machinery of nature. And the habitats they live in support us all.”

In Costa Rica and around the world, the researchers see opportunities to develop integrated, diversified agricultural systems that promote not only crop productivity and livelihood security, but also biodiversity. A paradigm shift towards global agricultural systems could help human and wildlife communities adapt to a changing climate, Daily said.

“There are so many cash crops that thrive in diversified farms. Bananas and coffee are two great examples from Costa Rica – they’re planted together, and the taller banana plant shades the temperature-sensitive coffee bean,” she added. “The two crops together provide more habitat opportunity than just one alone, and they also provide a diversified income stream for the farmer.” 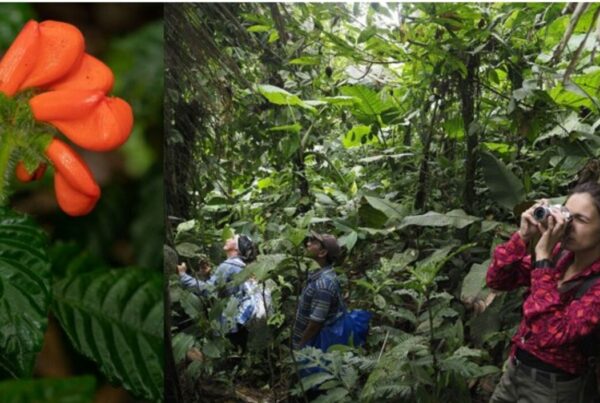