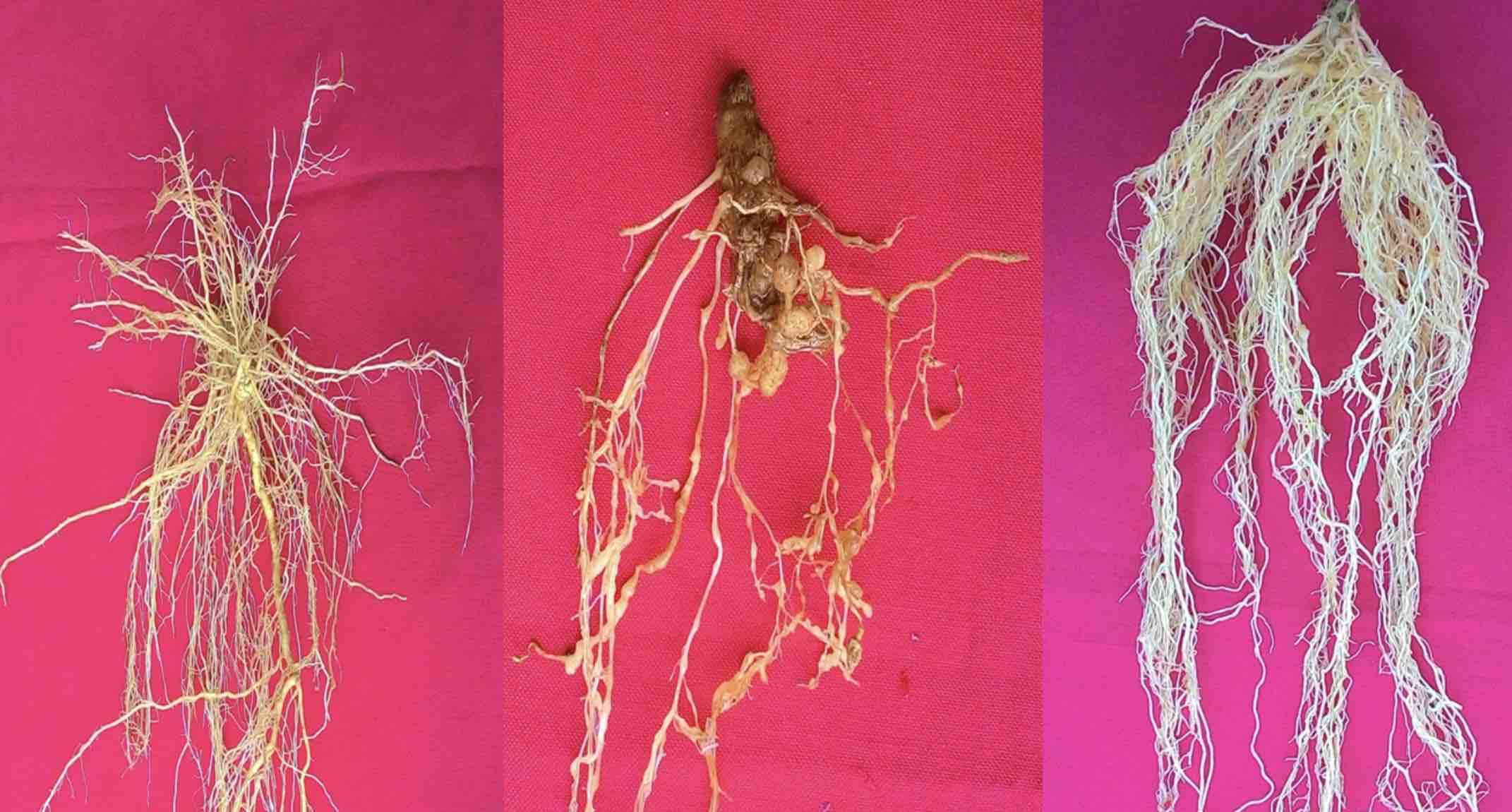 Bacterial metabolites: a Gift from Nature for Crop protection

The effective management of plant diseases is of fundamental importance for forestry, food, and other plant-derived product productions, as well as for the sustainability of natural environments. Changing global climate patterns and the trade of planting materials across the borders are causing plant pathogens to rapidly move and evolve. That is plant pathogens, are changing their behavior, survival, reproduction, and mode of action in the host plants.

Crop protection measures largely depend on synthetic agrochemicals to safeguard crops. But these agrochemicals also lead to an economic burden on farmers. Therefore, the agricultural research sector needs to rethink and re-build in new, better-planned, and environmentally safe ways, by reducing the harmful side-effects on agrarian communities.

Potatoes and their soil-borne pathogens

Potato (Solanum tuberosum L.) is one of the worldwide most important, non-cereal food crops, cultivated. Potato tuber and soil-borne pathogens are versatile. Most pathogens have very long soil phases; the ones affecting potato tubers are among them. In India, potatoes are cultivated in different agronomic zones and seasons. Black scurf of potato (caused by Rhizoctonia solani) and dry rot of tubers (caused by Fusarium spp.) are both fungal pathogens and leading to severe economic losses both in quality and quantity. This circumstance has led to significant positive thinking in people’s attitudes toward organic production rather than chemically produced crops.

In this scenario,the biosurfactant market is expanding very rapidly. Similarly, biosurfactant producing microbes are attracting attention due to their low toxicity and biodegradable characteristics. They have extensive applications as moistening, dispersing and foaming agents, emulsifiers, beneficial food elements, and can be used as detergents in many industrial sectors. They are becoming a valuable product of biotechnology applications in multiple industries including food and beverages and biological control agents. Especially because molecules residing inside these microbial factories retain their activity at extreme temperatures, pH, and salinity conditions.

In our research, we look at the problem related to healthy seed production programs by adding a more refined step in the development of biological metabolites. As a part of the Plant Pathology and Nematology Section, Dept. of Botany, Aligarh Muslim University, Aligarh (India), we collected oil-contaminated soil samples at Paradip port, Odisha, in 2017 and isolated, screened and identified a new potential biosurfactant producing bacteria. Out of 12 isolates, only one bacterial strain, (ODI-02) exhibited very significant properties that were further biochemically characterized and identified up to the genus level using the Bergey`s manual.

Then, we prepared the culture suspension for further study. The filtrate exhibited very promising results in preliminary in vitro screening. Favorable results exhibited in both the hemolytic test and the oil displacement test. Emulsification index (E24%) was much higher than >50% and was further screened for its antifungal activity against both the fungal pathogens R. solani and Fusarium spp., and root-knot nematode caused by M. incognita on tomato.

This ODI-02 strain exhibited highly significant inhibition activity against R. solani and Fusarium spp. in dual culture assay showing a clear antagonism (>50%, 48hr post-inoculation) against these fungal pathogens on potato dextrose agar medium. Further, this ODI-02 strain was morphologically characterized as gram-positive, rod-shaped, spore-forming can be grown in both aerobic as well as anaerobic conditions at 35-40ºC, 7 pH.

In vitro-food poisoning study at different concentrations, results revealed that at 3% of culture filtrate collected from ODI-02 strain, inhibited the mycelium growth of R. solani and Fusarium spp. pathogens sufficiently. The mixture of volatile compounds of the selected antagonistic ODI-02 strain has exhibited significantly antifungal activity in our study and hints that the selected new biosurfactant strain ODI-02 may contain multiple natural metabolites that can lead to the development of new agricultural practices and integrated diseases/pest management programs.

A partial purification from biosurfactant extract produced a honey-colored extract that was further chemical characterized through Thin Layer Chromatography (TLC). A colored reaction revealed that the extract seemed to contain a type ofcyclic lipopeptides. As per previous literature, cyclic lipopeptides are one of the most effective biosurfactants known.

Further, this ODI-02 strain was molecularly characterized through PCR amplification with a universal 16s rRNA gene that relieved that our new strain ODI-02 was Bacillus subtilis  HussainT-AMU (LC385950), exhibiting 100% similarity with other Bacillus species. Our standardized in vitro study, provides a powerful tool for screening of potential biocontrol agents. Under the greenhouse and field preliminary studies there was a very significant effect of the culture filtrate in comparison to the cell suspension not only on the disease`s reduction but also of an increase in the tuber yield. The increase in biosurfactant yield and a decrease in production costs are still the most essential factors affecting the efficiency of the biosurfactant production process.

Our study indicates that there are tremendous applications of these types of biomolecules in different industries such as the production of new bio-formulations for, environmental protection, and pollen protection, pharmaceutical industry. However, to justify its use as a biological control agent and to reduce the use of chemical fungicides/pesticides, more elaborated research is required. Cyclic lipopeptides have already been considered and accepted by various investigators in previous studies. To learn which metabolites are present in a higher percentage and thus playing a significant antifungal activity will be the aim of further research. Moreover, what gene combinations are responsible for the secretion and production of biosurfactant properties? Of course, more multiple location trails are needed for ensuring its efficacy.

Taking into account the potential adverse effects of fungicides/pesticides and chemical surfactants, there is an urgent need to use environmentally friendly alternatives as a replacement in the million-dollar fungicides industry. Besides, the introduction of biocontrol agents can also help manage the emergence of resistance in pathogens. This new possibility of naturally obtained lipopeptides production could help reduce environmental pollution. Overall, our research has exhibited a new ray of hope for new eco-friendly bio-formulations

Read the papers: Vegetos and Biocatalysis and Agricultural Biotechnology

Acknowledgments: I am very thankful to SERB-DST, Govt. of India, New Delhi for providing the Financial grant under the File No. PDF/2016/001409/LS and Dept. of Botany, Aligarh Muslim University, Aligarh, Uttar Pradesh, India for all the lab facility and infrastructure support. I am also thankful to my mentor Prof. Abrar Ahmad Khan for providing his full support through my National Post-Doctoral Fellowship (NPDF) program.

This is the second post published in the frame of our ECRi communication and dissemination activity. Learn more how to contribute here.