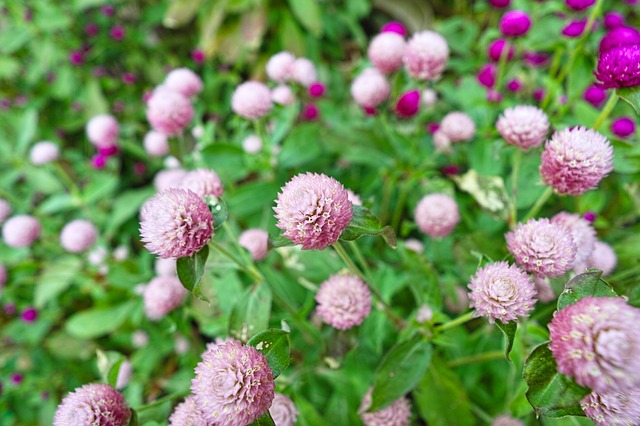 The basis of glyphosate resistance in amaranth

William T. Molin (U.S. Department of Agriculture-Agricultural Research Service, Stoneville, MS) teamed up with Allison Yaguchi, Mark Blenner, and Christopher A. Saski (Clemson University, SC) to sequence and dissect the structure of the extrachromosomal DNA replicon that underlies the molecular and biochemical basis of resistance to the herbicide glyphosate in Palmer amaranth (Amaranthus palmeri). This work aids our understanding of adaptive evolution in plants and has implications for optimizing pesticide use in the environment.

Glyphosate is a widely used broad-spectrum herbicide that targets both broadleaf plants and grasses (dicots and monocots). It kills plants by inhibiting the enzyme 5-enolpyruvylshikimate-3-phosphate synthase (EPSPS), found only in plants and in some bacteria. EPSPS is a key enzyme for the biosynthesis of essential amino acids and is an ideal target for herbicides because animals and humans use another enzyme that is insensitive to glyphosate to fulfill the same function. Some plants, including A. palmeri, can develop resistance to glyphosate toxicity by massively raising the expression of the EPSPS gene during glyphosate stress, essentially flooding the system with extra EPSPS enzyme and thereby counteracting the effects of the herbicide.

Making more copies of a gene is one possible means to increase gene expression: the phenomenon of amplification of genes or gene clusters is a common stress-avoidance mechanism in animals, plants, and microorganisms and is at play here. The amplified genes are often contained within extrachromosomal circular DNA (eccDNA) fragments known as replicons, circles of DNA that are maintained and replicated outside of the normal linear chromosomes in an organism. In humans, eccDNA is a prevalent feature of many cancers and a variety of diseases associated with developmental defects and premature aging. In such cases, eccDNAs carry oncogenes and other genes that may boost the survival and proliferation of diseased cells.

Molin et al. provide the complete sequence of the eccDNA replicon responsible for glyphosate resistance in A. palmeri, reveal its structural organization and genomic content, and examine some of the features that enable it to replicate and persist in the genome through multiple generations. The eccDNA replicon was found to contain 59 genes, a subset of which (including the EPSPS gene) show higher expression after treatment of the resistant plants with glyphosate. In addition to the presence of amplified genes, the eccDNA structure consists of a complex arrangement of repeated sequences and mobile genetic elements–so-called transposable elements–that might play a role in its maintenance and replication based on analogy with other eccDNAs. Author Christopher A. Saski noted that “the DNA content of the eccDNA replicon is sophisticated. Sequencing this element was difficult, and this complete assembly became possible only when DNA sequencing technology advanced to the single-molecule level, such as developed by Pacific Biosciences” (the biotechnology company that pioneered these methods, based in Menlo Park, CA).

Since the introduction of glyphosate in the 1970s, the rise of glyphosate-resistant weeds has been a growing problem in agricultural settings. The original glyphosate-resistant amaranth weedy plant that started this project was collected from a soybean field that had been routinely sprayed with the herbicide for a decade. The origin of this eccDNA replicon is unknown but is likely a result of transposable element activation and genomic shuffling that might have been pushed along by the use of glyphosate. That is, plants like A. palmeri that contain the eccDNA are able to survive and propagate where glyphosate is used frequently; additionally, glyphosate stress might contribute to the activation of the transposable elements that influence eccDNA formation and activity. Understanding the complete genomic structure and function of the eccDNA replicon will aid our knowledge of how glyphosate resistance develops and evolves in plants and help to further refine herbicide treatment strategies and combat the rise of resistant weeds.

The authors also identified structural features consistent with tethering of the eccDNA to chromosomes, which may facilitate maintenance of the fragment during normal cellular mitosis. Future work will focus on how the eccDNA self-replicates in plant cells, and identifying the essential functional elements of the replicon. This discovery could lead to “new approaches to genome engineering and the possibility of expressing useful agronomic traits outside of the nuclear genome,” said Saski.