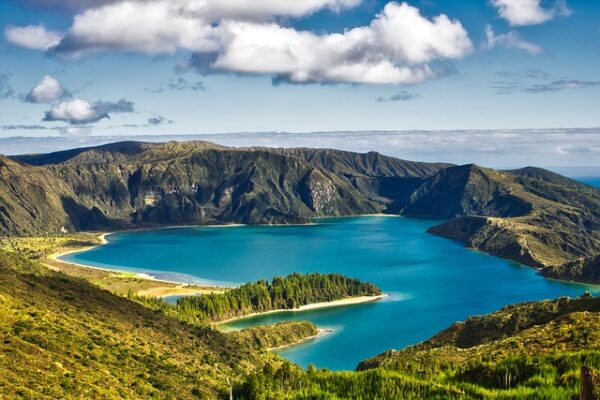 A new synthesis conducted by a group of international scientists including Madhav P. Thakur from the University of Bern reveals mismatches between above- and belowground plant phenology due to climate change. These findings are important to understand the consequences of climate change on terrestrial biodiversity.

Most organisms follow a timetable – when to reproduce, when to migrate, so on so forth! The timing of such key periodic life events is known as phenology and is crucial for organism’s survival and their contributions to ecosystem functions. One of the most reported responses of organisms to contemporary climate change is shifts in their phenology. Ecologists have already shown that phenology of many plants are advancing due to climate change, for instance, many plants are flowering earlier during the growing season. But little was known how plant phenological changes aboveground matches with plant phenological changes belowground due to climate change.

A recent study conducted by a group of international scientists including Prof. Madhav P. Thakur from the Institute of Ecology and Evolution of the University of Bern shows that there is a big mismatch between how a plant changes its phenology aboveground versus its phenological changes belowground. This study is one of the first global syntheses of shoot- and root phenology measured from climate warming experiments across the world, now published in Nature Climate Change.

Without having a complete knowledge of both shoot and root phenology, it is virtually impossible to understand how climate change will alter plant communities in future, and subsequently the future of ecosystems. To this end, the newly published article led by Dr. Huiying Liu and Prof. Xuhui Zhou from the East China Normal University and Prof. Madhav P. Thakur from the University of Bern challenges the idea that aboveground plant phenology mirrors with belowground plant phenology in response to climate warming.

In order to investigate whether there is indeed a mismatch, the authors compiled data from 88 published studies that measured plant phenology above- and belowground. “After we assembled the data and began to look if above- and belowground plant phenology mirror each other in response to warming, we were quite surprised to see how consistent mismatches were instead of matches”, says Dr. Huiying Liu, the first author of the paper.  The woody plants like trees were more responsive belowground compared to their aboveground phenology, whereas herbaceous plants like grasses and forbs were phenologically more responsive aboveground than belowground. In this way, phenological mismatches were found to be true in both plant forms (woody and non-woody). “These results will advance climate change ecology a great deal by highlighting the importance of plant root phenology”, suggests Prof. Thakur from the University of Bern, the senior author of the paper.

“Through shifts – or a lack of it – in root phenology due to warming, it is likely that vast biodiversity in the soil which depends on plant roots as its major resource will be affected. Importantly, if aboveground consumers like insects follow their plant resources differently than those living belowground due to such mismatches, we can expect to see an imbalance in ecosystems. But we know so little about the consequences of such imbalance triggered by phenological mismatches”, Thakur points out. “This adds a lot of exciting open questions about how ecosystem balance in a rapidly changing world may vary between forests and grasslands”, adds Prof. Xuhui of East China Normal University.

Prof. Thakur was intrigued by the consistency of phenological mismatches within plants, and the responsiveness varying between above- and belowground parts of woody and non-woody plants in the current synthesis: “Plant phenology is not only important for plants, but also for herbivores and microorganisms as they depend on plants. If food chain starts to respond differently to climate warming between aboveground and belowground, we will begin to witness dramatic changes in terrestrial ecosystems” worries Thakur. Aboveground-belowground interactions are crucial for the maintenance of terrestrial biodiversity and ecosystem functioning, and disturbing these interactions is an invitation for ecosystem instability. More experimental research will be required to understand how such phenological mismatches in plants will cascade to microorganisms and animals. Given that climate change is going to be more severe through heat waves, prolonged drought periods followed by heavy precipitation, these research findings provide only a glimpse into the future of terrestrial ecosystems.

Article source: Institute of Ecology & Evolution at the University of Bern