Chickpea innovation: Revisiting the origins of crops to solve the challenges of modern agriculture

This post was written by Professor Doug Cook (University of California, Davis), the Director of the Feed the Future Innovation Lab for Climate Resilient Chickpea. His current research spans both model and crop legume systems from a cellular to an ecosystem scale.

The origins of modern human society derive, in large part, from the transition to an agrarian lifestyle that occurred in parallel at multiple locations around the world, including ~10,000 years ago in Mesopotamia*. Early agriculturalists wrought a revolution that would define human trajectory to the current day, domesticating wild plant and animal species into crops and livestock. The wild progenitors of chickpea, for example, were among a handful of Mesopotamian neo-crops, brought from hilly slopes into more fertile and cultivable plains and river valleys. In doing so, these farmers selected a small number of useful traits largely based on natural mutations that made wild forms amenable to agriculture, such as the consistency of flowering, upright growth, and seeds that remained attached to plants rather than dispersing. 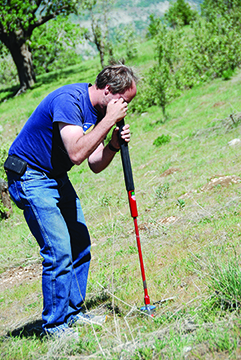 An unintended consequence of crop domestication was the loss of the vast majority of genetic diversity found in the wild populations. The Feed the Future Innovation Lab for Climate Resilient Chickpea at the University of California, Davis (Chickpea Innovation Lab) documented a ~95% loss of genetic variation from wild species to modern elite varieties. This reduction in genetic variation constrains our ability to adapt the chickpea crop to the range of challenges facing modern agriculture.

The Chickpea Innovation Lab is re-awakening the untapped potential of wild chickpea and directing that potential to solve global problems in agriculture, especially in the developing world.  Combining longstanding practices in ecology with the remarkable power of genomics and sophisticated computational methods, we have spanned the gap from the wild systems to cultivated crops. Beginning with the analysis of ~2,000 wild genomes, the simple technology of genetic crosses applied at massive scale has delivered a large and representative suite of wild variation into agricultural germplasm. These traits are now being actively used for phenotyping and breeding in the U.S., India, Ethiopia and Turkey, and our team is currently prospecting for tolerance to drought, heat and cold; increased pest and disease resistance; improved seed nutritional content; nitrogen fixation; plant architecture; and yield. 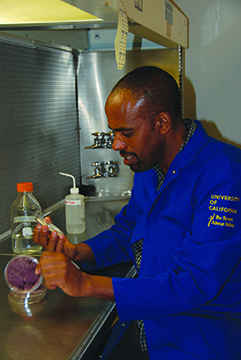 A unique strength of the lab is that our diverse sponsorship permits activities ranging from fundamental scientific investigation to applied agricultural research and product development.

An additional objective of the Lab is to train and educate students in the developing world. Towards that end, 18 international and nine domestic students, postdoctoral scientists and visiting faculty have received training in disciplines ranging from computational biology, plant pathology and entomology, to agricultural microbiology, and molecular genetics and breeding. 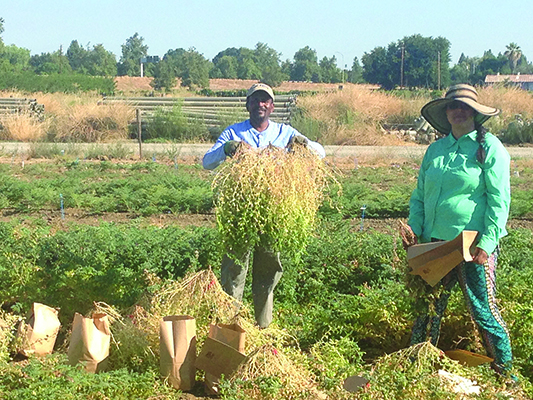 * Mesopotamia, literally “between the rivers”, is the region of modern day southeastern Turkey, bounded by the Tigris and Euphrates rivers.