Musings of a Well-Travelled Plant Biologist

As someone who’s been “all over the map” as a plant scientist, I have a special appreciation for the goals of the Global Plant Council (GPC).

My Dad was a country doctor, and my best friends as a child were the sons and daughters of farmers who raised pigs, corn and soybeans in rural Indiana. It was an interesting time in which small farms were gradually being consolidated and the percentage of our population engaged in farming was gradually decreasing—a phenomenon I’ll come back to later in this blog.

If you count my time as an unde 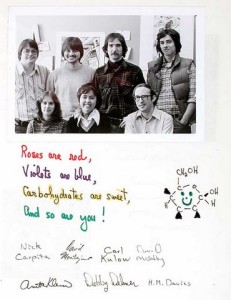 rgraduate and graduate student, then a post-doc, and later as a faculty member in the plant sciences, I’ve been associated with 5 major American Universities. Having been married to an Israeli, I also spent 10 years as a faculty member at The Hebrew University in Jerusalem where I was challenged in my middle age to learn to lecture in Hebrew. I spent two sabbaticals in the private sector—at The ARCO Plant Cell Research Institute and at Calgene, Inc. My research on plant cell walls was supported at various stages by grants from The US Department of Energy and the National Science Foundation, from the US-Israel bi-national Agricultural Research and Development Fund (BARD), by the German-Israeli Foundation for Scientific Research and Development (GIF), by Cotton Incorporated that is funded by cotton growers in the U.S., and from funds that supported a few collaborations with scientists from Pioneer HiBred and Monsanto.

At age 60, I turned my life upside down with a decision to leave Academia and work as a program officer doing grant making in support of developing world agriculture for the Rockefeller Foundation. Although based in New York City, this work took me to China, Thailand, the Philippines, India, and a number of countries in Africa where I was exposed to the complex challenges facing developing world agriculture. I also interacted with scientists from many National Agricultural Research Institutes (NARIs) and as well as those from the international centers of the CGIAR. I am now officially retired but continue to serve on scientific boards and consult for foundations that support research related to international agriculture.

So, yes, I suppose you could say I’m a bona fide member of the global plant science community. And so, for the rest of this blog, I thought I would try to do two things: first, to outline from my perspective some of the great strengths and weaknesses of these various research systems; and second, to outline some thoughts on how the GPC might best interact with these systems in ways that take advantage of their great strengths and offer help to address some of their weaknesses.

I’ll begin with the Universities and Advanced Research Institutes (ARIs). On the plus side, Universities and ARIs provide the venue for truly cutting edge research in the plant sciences; they possess a diverse array of scientists who are well funded and motivated to satisfy their curiosity about how the world works and to seek new knowledge of fundamental plant processes. Such activities thus lay a foundation for applied research that benefits the environment, agriculture, and consumers of food. In this best-case scenario, their scientists have the time and enjoy educating a new generation of students who are challenged to think for themselves and express their ideas freely.  In the worst-case scenario, scientists at these institutions are under-funded, over-worked, forced to choose between doing good teaching and good research, and also feel isolated from the larger global agricultural community.

By contrast, scientists in the NARIs of the world represent the public sector’s system for translation of scientific advances into new products and practices that can be passed on to farmers. In the best of all worlds, their staffs enjoy good government support and excellent relationships with a strong team of local extension agents and with the farming community. They see first-hand the true issues facing farmers, and their feedback to the research community is vital for setting global research priorities. Their counterpart in the private sector includes all those companies that also supply farmers with agricultural inputs but with the aim of generating a profit. The size and strength of NARIs can vary tremendously, ranging from large, well-funded organizations such as Embrapa in Brazil or the USDA to very small operations in the poorest countries of the world that may lack even one PhD scientist and suffer from very modest government support and pathetic facilities. A similar range of sizes holds true for private sector companies that can range from the large multi-national companies with very deep well-funded and innovative research programs and large global sales down to the smallest seed company in the poorest country in the world that does its best to get access to quality seed at prices their clients can afford. 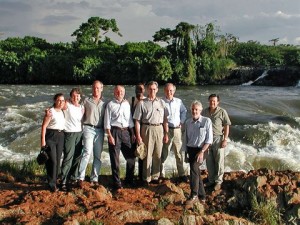 Having functioned on behalf of a private donor (The Rockefeller Foundation) and later as a member of one center Governing Board, I am most intrigued by the complex role played by the 15 international research centers that represent the CGIAR. Each center has a specific mandate to work on certain crops, fish or livestock or to address policy issues related to international agriculture. They also operate within a larger global framework that has goals to reduce rural poverty, enhance food security, to promote better nutrition and health and sustainably managed natural resources. In the best of all possible worlds, these centers should serve as the obvious natural bridge between the upstream work of the Universities and ARIs and the downstream applied efforts of the NARIs; they should also find ways to have productive interactions with the private sector that involve win-win scenarios for all. At their worst, the centers suffer from some uncertainties as to who their clients really are, to a lack of infusion of more new blood into the system, to relatively rigid management structures, and to new uncertainties about organizational issues and stability of funding as a result of recent attempts at CGIAR reform.

But when I began to think about some of the larger weaknesses of these various systems, I was surprised to discover that they all share many key challenges. Although one can argue there is a huge difference between what the University of California and a NARI of a small African country requires in the way of research budgets, both engage in a constant struggle to obtain sufficient funding fro 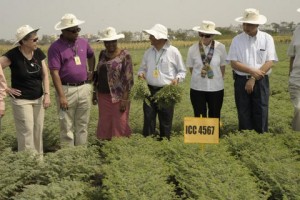 m local and national budgets. The private sector and the CGIAR centers worry no less about financial matters. All these systems are blessed by the power of the Internet and the increasing ease with which we can communicate with others around the globe. But all are challenged by the overwhelming increase in data to be managed and shared in a fair way. All are affected by the divisive global debate over GM crops, by the disparate and uncoordinated systems for regulation of such crops, for rules regarding quarantine and global exchange of germplasm, and for the lack of harmonization for processes of approval and release of new crop varieties. All are affected by local, state and international policies that affect the advancement of agriculture at all levels. And all are struggling with ways to best contribute to solving the profound issues of food security, malnutrition, and the effects of global climate change.

There are two other issues that concern me a great deal. One relates to an issue I alluded to in the beginning of this blog—the way in which farm communities grow and change as they progress and adapt to an ever-changing world. Progress in agriculture has often (but not always) involved consolidation of farms into larger more efficient operations.   Yet the development community often continues to look for solutions that could bring prosperity to a woman farmer growing maize on one hectare of land while running a household and raising 5 children. At the other end of the spectrum, while there is growing concern about the rising level of large “land grabs” that involve the leasing or selling of land to create vast for-profit farms in the developing world, there is, in my opinion, room for much more discussion about ways to promote “pro-poor” land consolidation in combination with creation of more off-farm job opportunities. This is an issue that increasingly affects the future of agriculture for rural communities across the planet.

The second issue that concerns me relates to how we interact with each other within this vast global community. In my opinion, there is a serious gap in the way these various research systems talk to each other, understand each others’ respective roles, and in the ability to forge productive international partnerships.  I have to also say that I have seen huge differences in management styles that certainly differ across, but also within, cultures. Having grown up in the American academic system, I believe that one of the strongest reasons it stands out internationally as one that fosters a high level of innovation is the way that this system (at its best) fosters in its younger students, post-docs and faculty a freedom to engage in independent thinking and offers the freedom to challenge those in power. One thing that has continually distressed me in all my global wanderings is a recognition that many research organizations across the globe are much too hierarchical with a top-down style of management that discourages free discourse, stifles the voice of the young, and discourages innovation.

I recognize that all may not agree with my opinions on the many issues discussed above but this is a blog, and I was encouraged to speak my mind! And that is one of the great things about having the Global Plant Council as a venue to discuss difficult issues. And the real reason I agreed to write this blog is my belief that the Global Plant Council can provide one very powerful venue to help address the many challenges I have outlined above. One can already see the GPC forging initiatives to create a more powerful international dialog on issues such as the creation of a Digital Seed Bank, dealing with malnutrition through support for biofortification efforts, and coping with climate change through an emphasis on building more stress resilience into our agricultural systems. There are many more issues that could be addressed such as harmonization of seed systems, quarantine laws, and some sort of harmonization of regulatory processes for the safe approval and monitoring of GM crops. Such harmonization is particularly critical for small countries that share boundaries and markets but cannot afford to develop such regulations on their own. The GPC could also provide a forum for the sharing of advanced educational materials, for promoting international collaborations and arranging imaginative internships and sabbatical exchanges, and for promoting a broader and more inclusive discussion of policies relating to issues such as farm consolidation and the interactions of agriculture with the environment. Maybe it could also create learning modules and foster dialog that helps leaders of research institutions function most productively to foster innovation in the 21st Century. All this and much more–but only if the GPC has strong support from all of us as individuals, from our scientific societies, from private donors, and from governments of both rich and poor countries.