Plant scientists develop knowledge that may lead to new cultivars or products that have great potential to benefit agriculture, society, and research. Although these technologies often show immense promise in the lab or during experimental field trials they are not always adopted in the field. James Carville’s famed explanation of what determines the result of the US presidential election, “It’s the economy, stupid,” also applies to agricultural biotechnology. Research in agricultural economics is investigating what happens to these innovations beyond the experimental phase. Why are some of them succeeding while others are not? What is the social value of a given technology and what is its potential? Why are individuals and groups objecting to their introduction?

I have been working on agricultural biotechnology over the last decade, and there is quite a large body of literature on this topic. Two excellent surveys of the literature can be found in Qaim (2009) and Bennett et al. (2013). This blog focus on how technology affects agricultural productivity and profitability at the farm level, which helps to explain adoption choices, amount of food available, and food prices.

The first large-scale, commercially available agricultural biotechnologies to utilize genetic modification incorporated either pest-control traits, such as insect resistance through plant-producing Bt toxin, virus and oomycete resistance, or herbicide tolerance (to glyphosate). Such cultivars had the potential to increase output/edible yield by reducing damage and competition.

Agricultural economists have found that reasons and rates of adoption of such genetically modified (GM) cultivars vary among locations. In some cases, GM cultivars increase profits by increasing yields (mostly in developing countries where they address problems that have not been addressed before). In other cases, it increases profits because it leads to the reduction of alternative pest controls (mostly in developed countries). There is also significant evidence that many farmers have adopted GM cultivars not only because they have reduced pest infestation but also because the have reduced exposure to chemicals known to be toxic. For example studies of Bt-cotton in China have found that its adoption has actually saved lives in China (Huang, Pray, and Rozelle, 2002) There were several fatalities from the application of toxic chemicals agrichemicals, and these types of fatalities have significantly declined since the adoption of Bt-cotton. 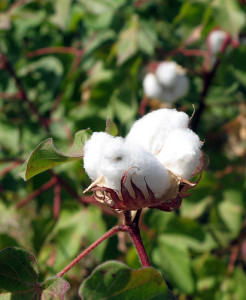 In the case of Bt-cotton in China and Bt-maize in South Africa, adoption rates are considerably high and have also increased farmers’ profits significantly (greater than 50% in India (Subramanian and Qaim, 2009)). It is often thought (incorrectly) that the profits from GM-cultivars end up in the pockets of the large multinational corporations, instead our evidence indicates that they are shared among the providers of the technology (both the multinational corporations and local companies that sell it), the farmers, and the consumers. Consumer benefits also increase the greater the adoption rate, and the larger the price effect. In fact it is possible to distinguish between adopters who simply switch from traditional to GM-cultivars and those who expand production capacity because it becomes more profitable when growing GM cultivars. For example, in India, most cotton production has switched to Bt-cultivars and the share of global cotton production from India subsequently increased. In the case of soybeans global acreage has increased by more than 40% over the last 20 years, and most of this new acreage is growing GM-soybean. It should be noted that a large proportion of this expansion in soybean occurred through double-cropping in Argentina, Brazil and Paraguay, so the actual footprint of agriculture did not increase. Our studies estimate that the over supply of maize increased by about 10%, of cotton by 20%, and of soybeans by 30%. Without GM-soybeans, the price of soybeans is estimated to have been 33% higher on average, the price of maize 13% higher, and the price of cotton about 30% higher (Barrows, Sexton, and Zilberman, 2013). 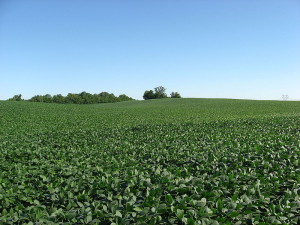 The fact that GM-cultivars have already reduced the price of soybeans is very significant. While increases in commodity prices have little effect on consumers in the USA or EU, they affect consumers in developing countries quite substantially. Likewise, when supply decreases, consumers in the poorest countries around the world suffer most. We all remember the food price crisis of 2008. Without GM-crops, we would have experienced a much worse food situation. The increase in the supply of food provided by GM-crops is of the same order of magnitude as the amount of maize that is allocated to biofuel. If Europe and Africa adopted Bt-maize and soybeans, prices would decrease significantly and we would not face the food supply and access challenges that we face today. If we introduce existing traits to rice and wheat, the global food situation will improve, which will benefit poor producers and consumers the most. Moreover, since existing traits improve edible yields, they allow farmers to produce more on a given unit of land. Without GM-cultivars, we would need to employ more land in production, which translates to greater deforestation and increased greenhouse gas (GHG) emissions from more water and fertilizer use. The use of Roundup Ready soybeans enables the adoption of low-tillage farming practices, which leads to carbon sequestration (Lal, 2005). A conservative assessment suggests that the adoption of GM-crops reduced future GHG emissions by an amount equivalent to 1/8 of the level produced in a year by cars in the United States.

Agricultural biotechnology is in its infancy. The process to breed a new cultivar begins with researchers in companies and universities making new discoveries and seeking intellectual property such as patents or plant variety rights. Then, startups and companies invest in their development and commercialization. In the 1990s, the biotechnology industry was growing very fast. However, complex regulatory systems, particularly in the EU, have placed a heavy burdened on this process, drastically slowing the innovation process and in some cases even stalling the industry. As a result the technology is far from reaching its potential. In the pipeline alone, there are many innovations that can improve food quality, digestibility, nutritional intake, and shelf life. These technologies can be beneficial to consumers and, through increased efficiency of inputs such as land and water- They can also reduce the carbon footprint of agriculture. Heavy and uncertain regulation denies us from obtaining the benefits from these technologies. In many crops (e.g. fruits and vegetables), there has been minimal adoption of agricultural biotechnology, which reduces our ability to address disease and pest problems as well as achieving improved product quality. More importantly, we need as many tools as possible to adapt to climate change, drought, flood, extreme temperatures, unstable weather, and new pests. But, with stricter regulation and resistance to GM-crops, there will be limited investment in these technologies and our capacity to adapt to and mitigate climate change will be compromised. Economic research aims to assist governments in developing policies that will make consumers, producers, and the environment better off. The existing heavy regulation of agricultural biotechnology is very costly and thus suboptimal from an economic perspective.

This blog was provided by David Zilberman – Professor and Robinson Chair in the Department of Agricultural and Resource Economics at the University of California at Berkeley.

Subramanian, A. and M. Qaim. 2009. “Village-wide effects of agricultural biotechnology: the case of Bt cotton in India.” World Development 37:256–267.