Sales of quinoa (Chenopodium quinoa) have exploded in the last decade, with prices more than tripling between 2008 and 2014. The popularity of this pseudocereal comes from its highly nutritious seeds, which resemble grains and contain a good balance of protein, vitamins, and minerals. The nourishing nature of quinoa meant it was prized by the Incas, who called it the “Mother grain”. 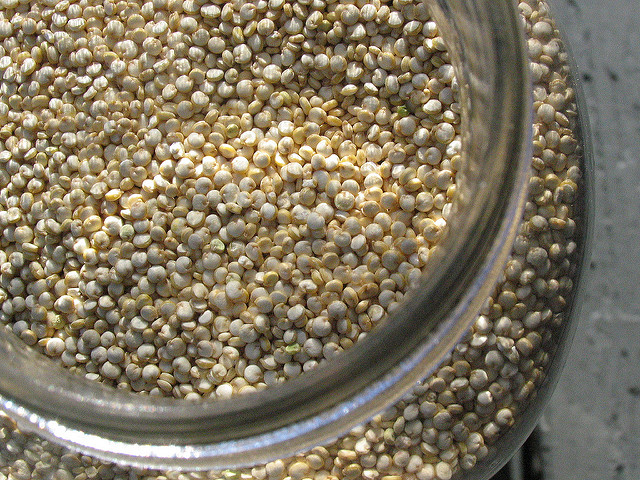 Quinoa is a popular ‘grain’, but it is more closely related to spinach and beetroot than cereals like wheat or barley. Image credit: Flickr user. Used under license: CC BY 2.0.

Quinoa is native to the Andes of South America, where it thrives in a range of conditions from coastal regions to alpine regions of up to 4000 m above sea level. Its resilience and nutritious seeds means that quinoa has been identified as a key crop for enhancing food security, but there are currently very few breeding programs targeting this species.

The challenge of improving the efficiency and sustainability of quinoa production has so far been restricted by the lack of a reference genome. This week, a team of researchers led by Professor Mark Tester (King Abdullah University of Science & Technology; KAUST) addressed this issue, publishing a high-quality genome sequence for quinoa in Nature. They compared the genome with that of related species to characterize the evolution and domestication of the crop, and investigated the genetic diversity of economically important traits.

The evolution of quinoa

Tester and colleagues used an array of genomics techniques to assemble 1.39 Gb of the estimated 1.45-1.50 Gb full length of quinoa’s genome. Quinoa is a tetraploid, meaning it has four copies of each chromosome. The researchers shed light on the evolutionary history of this crop by sequencing descendants of the two diploid species (each containing two sets of chromosomes) that hybridized to generate quinoa; kañiwa (Chenopodium pallidicaule) and Swedish goosefoot (Chenopodium suecicum). Comparing these sequences to quinoa and other relatives, the team showed that the hybridization event likely occurred between 3.3 and 6.3 million years ago. A comparison with other closely related Chenopodium species also suggested that, contrary to previous predictions, quinoa may have been domesticated twice, both in highland and coastal environments. 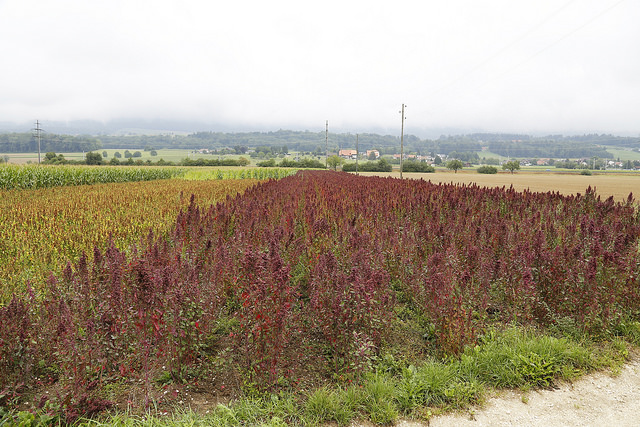 Quinoa seeds are coated with soap-like chemicals called saponins, which have a bitter taste that deters herbivores. Saponins can disrupt the cell membranes of red blood cells, so they have to be removed before human consumption, but this process is costly, so quinoa breeders are always looking for varieties that produce lower levels of saponins.

Sweet (low-saponin) quinoa strains do occur naturally, but the genes that regulate this phenotype were previously unknown. Tester and colleagues investigated sweet and bitter quinoa strains and discovered that a single gene (TRITERPENE SAPONIN BIOSYNTHESIS ACTIVATING REGULATOR-LIKE 1 [TSARL1]) controls the amount of saponins produced in the seeds. The low-saponin quinoa strains contained mutations in TSARL1 that prevented it from functioning properly. This is a key target for the improvement of quinoa in the future, although farmers will have to find new ways to protect their crops from birds and other seed predators! 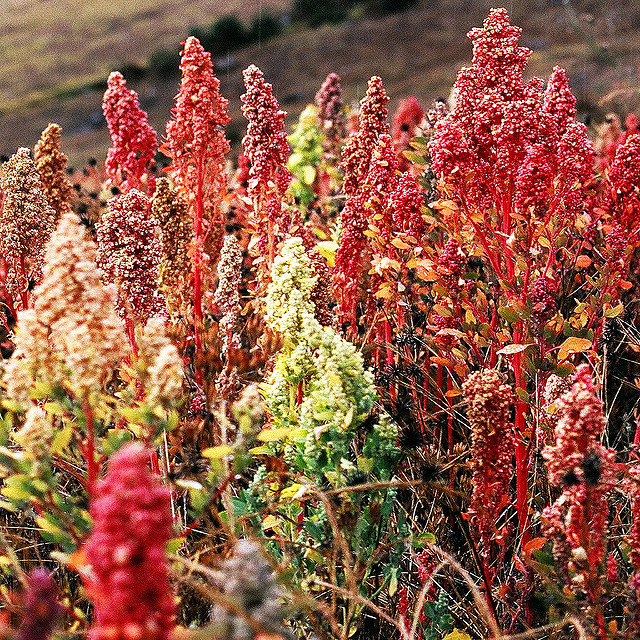 The high-quality reference genome for quinoa generated by Tester and colleagues is likely to be vital for allowing many exciting improvements in the future. Breeders hoping to improve the yield, ease of harvest, stress tolerance, and saponin content of quinoa can develop genetic markers to speed up breeding for these key traits, improving the productivity of quinoa varieties and enhancing future food security.

Thank you to Professor Mark Tester (KAUST) for providing information used in this post!