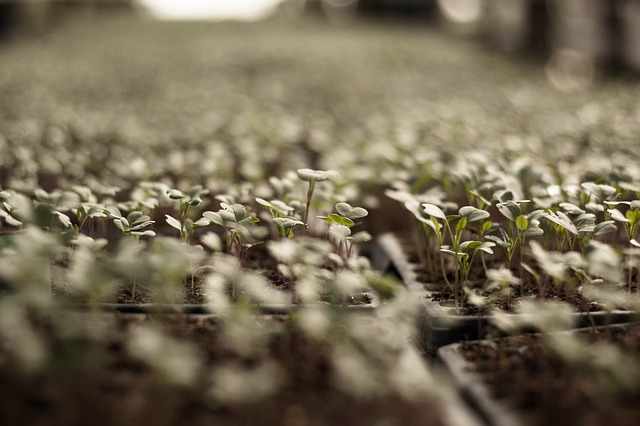 What if we could grow plants that are larger and also have higher nutritional content?

Michigan State University scientists have identified a protein that could be a major roadblock to growing such plants.

Proteins perform most, if not all, of life’s functions: promoting growth, repairing body tissue or building muscle. If proteins are like words, amino acids are the letters. Our bodies use about 20 amino acids, in various combinations or spellings, to produce different proteins.

Our bodies produce some amino acids, but there are nine essential amino acids that we and other animals cannot make. We get these through foods, such as meats, dairy and, ultimately, plants.

For decades, scientists have been trying to dial up amino acid content in crops by ramping up their production systems, but they always run into the same problem: the crops get sick. The scientists are confused as to why plants suffer from the abundance of these amino acids.

The new study suggests the target of rapamycin, or TOR, protein is a major roadblock. The work is published in eLife.

“TOR protein is a master regulator of metabolism in plant cells,” said Pengfei Cao, post-doc in the lab of Federica Brandizzi. “It detects variables, like nutrient availability, energy levels, growth cues and so on. TOR protein uses this information to control cell growth and metabolism functions.”

When TOR senses an adequate amount of nutrients, it promotes growth. There is a twist; TOR is so powerful in controlling many biosynthetic processes and cell structures, that it can cause problems if it is not regulated well.

Such an overactive TOR, might change the structure of the cell, to the detriment of a plant’s health.

Another of TOR’s functions is to tinker with little cellular filaments, called actin.

“Actin filaments make up the ‘skeleton’ of the plant cell that upholds the cell’s endomembrane system. The latter builds several of the cell’s building blocks,” Cao said. “These filaments also help determine the cell’s shape and we find that an overly active TOR will lead to higher protein production and larger cell size.”

“But the cell shapes are abnormal. For example, the root cells fail to fully form root hairs so that they can absorb water,” Cao said.

In other words, the result is an unhappy plant that develops at a slower pace.

“When scientists have tried to boost amino acid production in crops, the problem is not that there are too many amino acids,” Cao said. “Maybe these crops get sick due to side effects on tiny structures inside their cells. Once we figure out some major dynamics that cause plants to get sick, we could retry ways to overproduce amino acids in a balanced and healthy way.”

Cao thinks the interdisciplinary nature of the work allowed for the breakthrough.

“We work with plant cell structures,” Cao said. “Our collaborators from the Last Lab study biochemical pathways. If we had worked on this project separately, we wouldn’t have the expertise to examine where the defects crop up.”