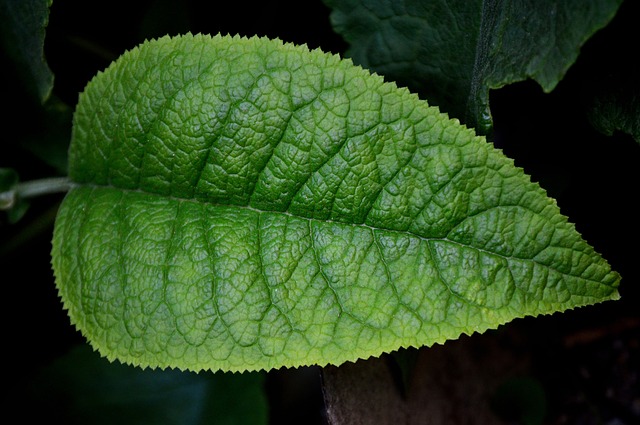 Scientists uncover the location and functions of a new type of chlorophyll molecule for the first time.

Photosynthesis, the process by which some organisms convert sunlight into chemical energy, is well known. But, it is a complex phenomenon, which involves a myriad of proteins. The molecule Chlf, a new type of chlorophyll, is known to play a part in photosynthesis, but owing to its recent discovery, its location and functions are not understood. Scientists from Japan have now analyzed in detail the protein complex involved in photosynthesis and uncovered several new aspects about Chlf.

All living organisms need energy for their survival, and this energy indirectly comes from the sun. Some organisms, such as plants, cyanobacteria, and algae, are capable of directly converting this light energy into chemical energy via a process called “photosynthesis”. These photosynthetic organisms contain special structures to mediate photosynthesis, called “photosystems”. There are two photosystems that carry out light-energy conversion reactions, each of which is composed of a number of proteins and pigments. Among photosynthetic pigments, chlorophyll is the most crucial one, which not only captures light energy from the sun but also participates in the “electron transfer chain”, a molecular pathway through which photons (from the sunlight) are converted into electrons (which are used as an energy source). There are different types of chlorophyll molecules, each having a specific function ranging from absorbing light and converting it into energy. Moreover, each chlorophyll molecule absorbs light in different regions. Recently, a new type of chlorophyll called Chlf was discovered, but details like exactly where it is located and how it functions have remained a mystery until now.

In a new study published in Nature Communications, a team of researchers led by Prof. Tatsuya Tomo at the Tokyo University of Science, Japan, and including collaborating researchers from Okayama University, Tsukuba University, Kobe University, and RIKEN, revealed new details about the location and functions of Chlf. They wanted to gain insight into the complex process of photosynthesis, as an in-depth understanding of this process could have various future applications, such as the development of solar cells. Talking about the study, Prof. Tomo says, “The initial course of photosynthesis begins when the photosynthetic pigment bound to this photochemical complex absorbs light. We analyzed the structure of a newly discovered photochemical complex, photosystem I with Chlf that has an absorption maximum on the lower energy side of light (far-red light). Moreover, we analyzed the function of Chlf.”

What the scientists knew so far was that Chlf is “far-red shifted,” which means that this molecule absorbs far-red light from the lower end of the light spectrum. Prof. Tomo and his team wanted to dig deeper, and for this, they studied the alga in which Chlfwas first discovered. By using techniques such as cryo-electron microscopy, they analyzed the high-resolution structure of the photosystem in this alga in detail and found that Chlf is located at the periphery of photosystem I (one of the two types of photosystems) but is not present in the electron transfer chain. They also found that far-red light causes structural changes in the photosystem, which are accompanied by the synthesis of Chlf in the algae, leading them to conclude that Chlf causes these structural changes in photosystem I. This was exciting, as this finding is the first to explain how exactly Chlf works. Prof Tomo says, “Our findings revealed that the appearance of Chlf is well correlated with the expression of photosystem I genes induced under far-red light. This indicates that Chlf functions to harvest the far-red light and enhance up-hill energy transfer. We also found that the amino acid sequence of photosystem I was altered so as to accommodate the structure of Chlf.”

Understanding the intricacies of photosynthesis has several important applications. For example, mimicking the process of photosynthesis in an artificial system is an elegant method of capturing solar energy and converting it into electricity. Prof Tomo elaborates, “About half of the solar energy that falls on the earth is visible light, and the other half is infrared light. Our research puts forth a mechanism that can use light on the lower energy spectrum, which has never been seen before. Our findings show how to improve the efficiency of energy transfer in photosynthesis and, by extension, also provide important insights into artificial photosynthesis.”