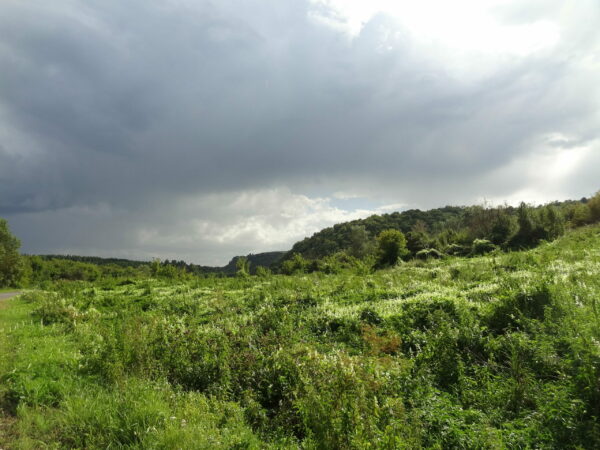 Naturalized alien plants are causing a worldwide decline in the uniqueness of regional floras, according to the results of a global research project led by biologists from the University of Konstanz.

When alien plants integrate into an existing ecosystem and successfully spread there, in rare cases this can contribute to the increased uniqueness of the regional flora. However, much more often this process – known as “naturalization” – leads to a homogenization of regional floras and thus to a net loss of global floristic uniqueness. Especially “super-invaders”, which are highly effective at colonizing new territory and displacing native species, are causing the flora in even distant regions with clear geographic separation to become increasingly similar. These are the findings of an international research team led by biologists from Konstanz that were published in the journal Nature Communications.

Global databases used for study
In their recent study, the researchers used global databases to make the first comparison of the composition of 658 regional floras from nearly all parts of the world. In addition, they investigated the influence of biogeographical and anthropogenic (i.e., man-made) factors on the increasing homogenization of regional floras. To assess the floristic uniqueness of individual regions, they took into account both the number of plant species that a region shares or does not share with other regions and the degree to which plant species are related to each other. In doing so, they also included regional evolutionary histories in their analysis.

An important role in the spread of alien plants and the loss of uniqueness of regional floras is played by various biogeographic factors. These factors include the geographic distance between the regions under consideration and their “climatic distance” from each other, according to the study. “The more similar two regions are in terms of climate, the more likely it is that a plant from one region will succeed in establishing itself as a naturalized species in the other region, once geographic barriers have been crossed. In a sense, plants from a region with short climatic distance to their new habitat are ‘climatically pre-adapted'”, Dr Qiang Yang, the lead author of the study, explains the effect.

Political factors as additional driving force
However, anthropogenic factors also have an impact on the spread of alien plants and the global homogenization of regional floras. For instance, the researchers describe that the shared administrative history of some of the regions under consideration plays a role: Regions that are now or had been under the same political administration in the past exhibit greater homogenization in the composition of their floras.

Current examples are regions that are part of the same national territory, such as different regions within the United States. Historical examples, on the other hand, are the European colonial powers and their former colonies. “Between regions of the same national territory or regions with historical colonial ties, there is or at least was lively exchange in the past – in the form of both cargo and passenger traffic. This usually also increases the exchange of plants across geographical borders, be it intentionally, as trade goods or agricultural crops, or unintentionally”, Qiang Yang explains.

More effective biosecurity measures needed
Overall, naturalized alien plant species are driving the global homogenization of regional plant communities, and humans are making a clear contribution by spreading alien plants. “These effects are now evident even in the most remote corners of the world”, reports Dr Mark van Kleunen, Professor of Ecology in the Department of Biology at the University and senior author of the publication. He concludes: “Unless more effective protective measures are taken to counter the ongoing spread and naturalization of alien plants in the future, they will continue to destroy the uniqueness of our ecosystems – making the world a less diverse place.”