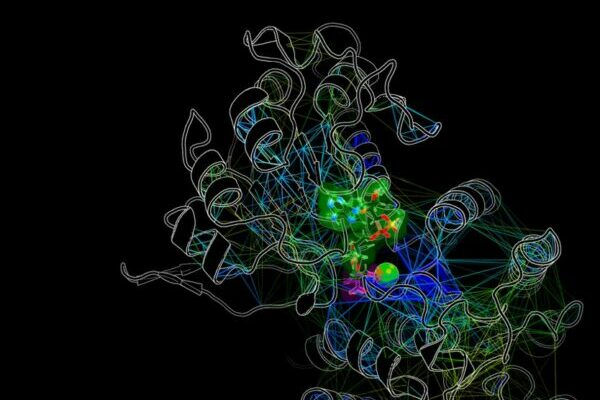 Some plants master a special form of solar energy utilization that offers great advantages under warm conditions. A recent study now provides new insights into an enzyme that plays a central role in this so-called C4 photosynthesis. The work, led by the University of Bonn, also involved researchers from Argentina, Canada and the University of Düsseldorf. It has been published in the journal The Plant Cell.

During photosynthesis, plants use sunlight to convert carbon dioxide and water into carbohydrates and oxygen. They take up the carbon dioxide from the ambient air through stomata on the surface of their leaves. At very warm temperatures, however, these close to prevent excessive water loss.

Around three percent of all plants have therefore developed a trick that enables them to use even the smallest amounts of CO2: C4 photosynthesis. In this process, they first pre-fix the carbon dioxide by linking it to a transport molecule. This step works even at very low CO2 concentrations; the plant therefore only has to open its stomata briefly. This pre-fixation takes place in the mesophyll, the cells inside the leaf that are adjacent to the ambient air. They surround the bundle sheath cells, which are not in direct contact with the air.

Chemical pre-fixation produces an organic compound containing four carbons – hence the name C4 photosynthesis. This is transported into the bundle sheath cells, which are specially sealed. Here, the carbon dioxide is released again and is then available for the further reactions of photosynthesis. “This release step is catalyzed by a special enzyme,” explains Prof. Dr. Veronica Maurino of the Molecular Plant Physiology Department at the University of Bonn, who led the study. “Some of the plants use the so-called NAD-malate enzyme for this purpose.”

Until now, it was unclear exactly how C4-NAD-ME (as it is abbreviated), which is involved in C4 photosynthesis, is structured and functions. The partners from Germany, Canada and Argentina have now investigated this using an ornamental plant of the genus Cleome as an example. According to the study, NAD-ME consists of two large building blocks, the alpha and the beta subunit. While the alpha unit is responsible for CO2 release, the beta subunit serves primarily to regulate the activity of the enzyme.

And it is precisely this regulation that is probably extremely important. This is because the release of carbon dioxide takes place in the “power engines” of the cells, the mitochondria, where important metabolic processes are constantly taking place. Some of these are also catalyzed by NAD-ME, but by a completely different variant. “This one is much slower in terms of reaction speed than the C4-NAD-ME used in C4 photosynthesis,” emphasizes Prof. Maurino.

The beta subunit apparently prevents the two enzymes from getting in each other’s way. This is because it regulates the reaction rate of C4-NAD-ME. To do this, it binds an intermediate product of the C4 photosynthesis cycle called aspartate. And this aspartate ensures that the “photosynthetic variant” of NAD-ME becomes particularly active. The CO2 that is pre-fixed and intended for photosynthesis is thus mainly processed by the enzyme variant that “matches” it (and works much faster).

Beta subunit has changed a lot in the course of evolution

Incidentally, the photosynthetic version of NAD-ME evolved from the slow variant responsible for general NAD-ME tasks in the plant mitochondrion. “Both the alpha and beta subunit genes duplicated at some point during evolution,” Maurino explains. “The second version of the alpha gene was then lost again, and the remaining single gene changed little after that. One of the duplicated beta copies, on the other hand, mutated at many different sites. It thus lost its original function and instead acquired the ability to regulate the activity of the new enzyme.”

This complex evolution may also be the reason why the release of the pre-fixed carbon dioxide works differently in most C4 plants than in the genus Cleome. One example is maize: the sweet grass, which originated in Mexico where it had to evolve the ability to photosynthesize without losing too much water, has an enzyme other than NAD-ME to do so. “Our results help us better understand the evolution of the different groups of C4 plants,” the scientist says. “It could also help transfer the C4 mechanism to crops that haven’t mastered this efficient form of photosynthesis.”

Image: Model – of the C4-NAD-malate enzyme from the genus Cleome, which has now been analyzed for the first time. Credit: David Bickel/Heinrich-Heine-University Düsseldorf

More information here
X
We use cookies to ensure that we give you the best experience on our website. If you continue to use this site we will assume that you are happy with it.OkNoPrivacy policy