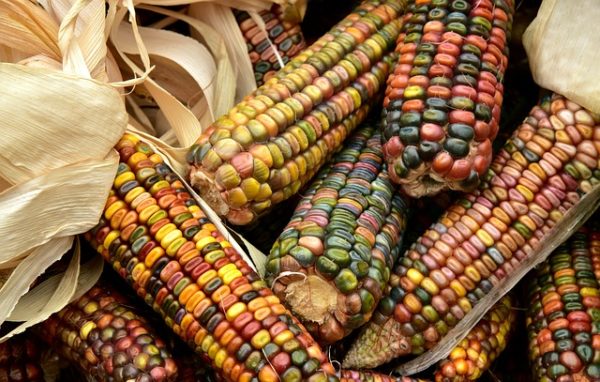 Professor Ros Gleadow is head of plant sciences in the School of Biological Sciences at Monash University. She is President of the Global Plant Council, Director of the Monash Agtech LaunchPad and a former President of the Australian Society of Plant Sciences. Her speciality is the effect of climate change on the nutritional value of plants.

Back in the 1960s, when the Green Revolution started, the need was to provide calories for a starving world. Today, food is cheap. But it comes at great environmental cost.

Climate change and the need to feed an ever-growing world population in a healthy way without ruining the natural environment are inextricably linked. It’s hard to see how to solve such “wicked problems”. The authors show that a dramatic change in the human diet could make a huge difference.

Why would changing human diets to be primarily plant based diet help?

We know in the business world that cutting out the “middle (wo)man” cuts costs. It’s the same with food. It is much more efficient for us to eat the plants, rather than eat the animals that have eaten the plants. Energy is lost along the way.

Rising carbon dioxide not only changes the climate. It also makes plants more efficient at absorbing carbon dioxide. Rather than just growing more, most plants also down size their photosynthetic machinery and this is made of protein. When a cow eats grass, it’s getting its protein from the photosynthetic machinery in the leaves. Less protein means that more land will be required to support each cow or lamb or whatever. Grains also end up with less protein – you won’t be able to make a decent loaf of bread in 50 years time, unless we act now to reduce carbon emissions, because the protein levels will be too low.

Traditional plant breeding, genetic engineering and advances in digital agricultural technologies will help but are now too slow. Put simply, the balance between plants and animals on the planet is wrong. Plants use up carbon dioxide in the process of photosynthesis; animals release it back again.

I’ve been trying to get the message out about climate change and the negative effect on the nutritional value of plants for over 20 years. It’s really good to see this aspect incorporated into the modelling presented here. By 2050 eucalypt leaves may not have enough protein to support koalas simply as a result of the higher levels of carbon dioxide in the atmosphere. The levels of naturally occurring toxic cyanide will increase in cassava with climate change increasing the risk of poisoning, death and paralysis in the people who depend on it for their calories. Micronutrient levels also decrease, potentially making micronutrient deficiencies worse.

These are big targets, but we have to start somewhere.