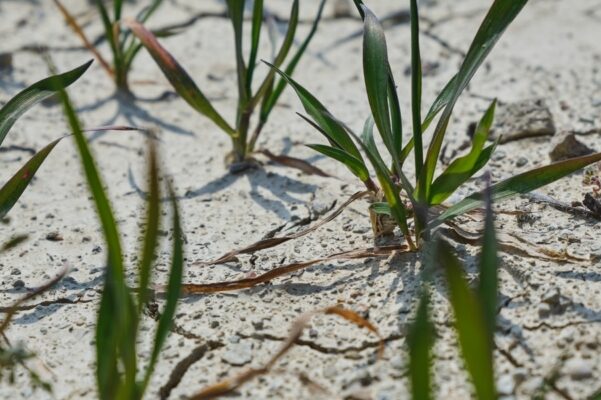 The effects of drought on major crops that are crucial to achieve both food and energy security, at the center of a study led by the CMCC Foundation and published in Scientific Reports. A global, more robust vision of this complex issue to advance the existing knowledge and support better informed, science-based decisions in the future, like fine-tuning crop calendars or implementing other measures as alternative cultivars, additional irrigation, and crop migration.

Maize, rice, soybean, and wheat are key in the debate concerning food, land, water and energy security and sustainability. The human consumption vs. animal feed competition nourished the debate about the environmental footprints due to land and water exploitation and to greenhouse gas emissions for growing crops and about synergies between sustainable and healthy diets.
Moreover, the same crops represent biomass-energy sources for biodiesel (maize, rice, wheat) and bioethanol (soybean), key under mitigation targets from the Paris Agreement and currently sharing 13% of global croplands.

While strong evidence exists on the effects of climate variability on the production of these crops, so far multifaceted attributes of droughts – magnitude, frequency, duration, and timing – have been tackled mainly separately, for a limited part of the cropping season, or over small regions.
A study led by the CMCC Foundation – Euro-Mediterranean Center on Climate Change (CMCC) and recently published on Scientific Reports realized a more comprehensive assessment on how droughts with their complex patterns – given by their compound attributes – are consistently related to negative impacts on crop yield on a global scale.
Researchers analyzed magnitude and frequency of both climate and yield variability from 1981 to 2016 considering multiscale droughts, i.e., dry conditions occurring with different durations and timings along the whole farming season, through two analogous and standardized indicators enabling comparison among crops, countries, and years.

“In this work”, explains Monia Santini, Director of IAFES – Impacts on Agriculture, Forests and Ecosystem Services at the CMCC, “we complemented the existing knowledge by considering complex patterns of droughts through their compound attributes. We consider the reference period 1981–2016, adopting the well-known Standardized Precipitation Evapotranspiration Index (SPEI) to assess drought occurrence and formulating an analogous new index on interannual yield anomalies, the Standardized Yield Index, SYI. These standardized indexes allow looking at moisture and yield anomalies, enabling robust comparison among cropping systems, countries, and years.

The results of this study show how the yield of the main crops analyzed is susceptible to more complicated drought patterns than evidenced by previous valuable studies for specific crops and regions, and that such a complex drought-low yield connection is a consistent feature at global scale. In particular, this work reinforces earlier findings about the high vulnerability to drought of wheat, soybean, and maize, as well as former conclusions about no substantial or clear impacts on rice, for which the temperature regime seems the most important driver and whose water demand is mostly covered through irrigation. The work has indeed considered only the climate regime due to the lack of information on effective irrigation applications at global scale.

Overall, southern and eastern Europe, the Americas and sub-Saharan Africa presents multi-crop susceptibility, with eastern Europe, Middle East and Central Asia appearing critical regions for the most vulnerable crop, which is wheat. Finally, yield losses for wheat and soybean clearly worsen when moving from moderate to extreme multiscale droughts.

“We realized,“ Monia Santini adds, “a merely statistical approach, without setting up a new model, but providing a wider analysis integrating drought magnitude, frequency, duration, and timing under a global view with national-level detail.”

Better quantifying the climate effects on the yield of global major crops from historical data could propaedeutic to any estimate of future climate impacts on agriculture and its connected sectors and systems (food, energy), guiding countries in proper decisions and investments for agriculture under long-term strategic planning.

“Overall, our comprehensive analysis could add valuable information to deal, in a harmonized way, with drought impacts on the global agricultural production for multipurpose (food and energy security) crops”, Monia Santini concludes. “The recognition of more complex drought patterns associated with global yield losses can help to target the deployment of more comprehensive early warning and decision support systems under short-term predictions and long-term projections of climate regime, e.g. to identify lower yield probability based on future drought patterns. In turn, the approach used in our study can contribute to supporting agriculture development and related management options in the context of climate mitigation and adaptation policies, like fine-tuning crop calendars or implementing other measures as alternative cultivars, additional irrigation, and crop migration.”