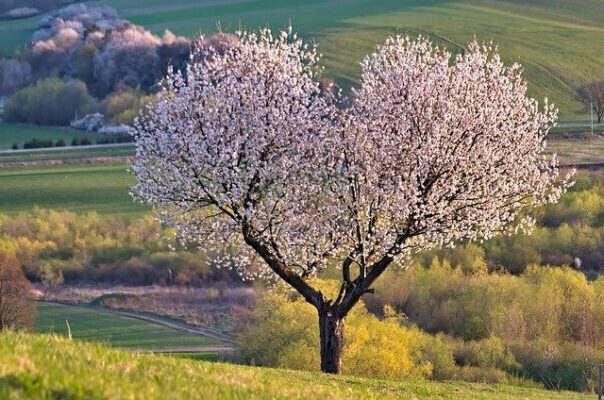 Researchers from INRAE and Duke University have concluded that tree fecundity peaks or plateaus when trees reach adult size, and then begins to decline. Published in Proceedings of the National Academy of Sciences, the study examines 597 species from more than 500 sites in North America, South America, Asia, Europe and Africa. Their work has led to the development of a calibrated model to accurately calculate long-term tree fecundity.

Tree seeds are vital for forest regeneration, which, in turn, provides multiple ecosystem services. To manage and conserve these resources effectively, it is essential to know whether declines in fecundity are likely to occur during a tree’s life, and at what size or age they might begin to set in.

In around 80% of the species examined by researchers from INRAE and Duke University, tree fecundity, or physical potential to reproduce, peaked or plateaued as the tree reached adult size, and then it declined. This decline in fecundity observed in large trees is consistent with their physiological decline and thus provides further evidence of tree senescence.

The remaining 20% of species probably also experience a decline in fecundity past a certain size, but few data exist for the largest trees.

Regular replacement of fruit tree crops before their yields decline, and the difficulty of monitoring seed production in trees outside of cultivation, limit the data available on seed production in a species’ later stages of development. So far, scientists have had to extrapolate data on seed production of older trees from observations of their earlier stages. However, trees do not necessarily produce a regular number of seeds every year, regardless of their size and age, sometimes with huge variations from year to year and from tree to tree. Thus, using observations from earlier stages to project the production of senescent trees can lead to overestimating a tree’s actual potential. Furthermore, directly observing or predicting the number of seeds produced is extremely difficult.

The study is based on the global database of the Mast Inference and Forecasting (MASTIF) network of long-term research sites, whose records often stretch back many decades and cover over 500 different sites in North America, South America, Asia, Europe and Africa. This vast repository of raw data has allowed researchers to develop a model calibrated to avoid overestimation and to calculate long-term fertility more accurately.

The study was primarily funded by the National Science Foundation, NASA, and the “Make Our Planet Great Again” initiative of the French Ministry of Higher Education, Research and Innovation.