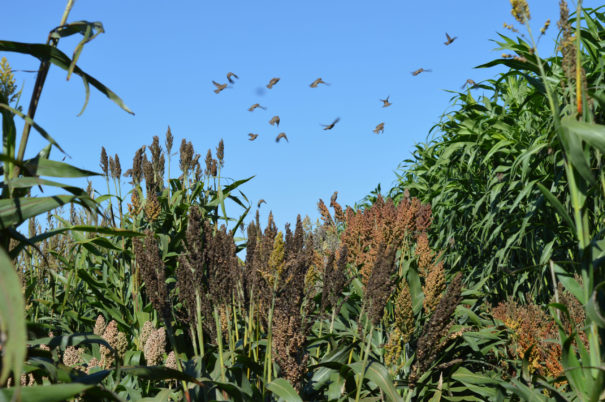 Sorghum domestication illuminates relationship between humans, crops and the environment

A new study that examines the genetics behind the bitter taste of some sorghum plants and one of Africa’s most reviled bird species illustrates how human genetics, crops and the environment influence one another in the process of plant domestication.

The study untangles these factors to create a more complete look at crop domestication than is possible in other major crops, said Xianran Li, an adjunct associate professor in the Iowa State University Department of Agronomy and corresponding author of the paper. The study, published recently in the scientific journal Nature Plants, looked at how human genetics, and the presence of bird species with a taste for sorghum seeds might have influenced the traits farmers in Africa selected in their crops over thousands of years. The unique geographic distribution in Africa of sorghum plants that contain condensed tannins, or biomolecules that often induce a bitter taste, provided one side of a “domestication triangle” that helped the researchers piece together the domestication puzzle, Li said.

“It’s a systematic view that gives us a full picture of domestication,” he said. “Looking at just one component only tells us part of the story.”

Sorghum is a cereal crop first domesticated in Africa that remains a staple food throughout the continent. The researchers noted that sorghum varieties with high levels of tannins commonly grow in eastern and southern Africa, while western African farmers tend to prefer varieties with low tannin content. In contrast, domestication processes in other continents removed condensed tannins from most other cereal crops, such as wheat, rice and corn, due to the bitter taste they produce.

But farmers in south and east Africa grow many cultivars that retained tannin, which would seem to be a puzzling decision considering the taste and unfavorable nutritional values. Li said the condensed tannins were likely retained as a defense mechanism from the red-billed quelea, a bird species sometimes referred to as a “feathered locust” that can cause up to $50 million in economic losses in Africa every year from eating crops. Li and his co-authors found the distribution of sorghum cultivars with tannin correspond to areas with red-billed quelea populations.

They also consulted publicly accessible genotype information on human populations in Africa and found an associated distribution of the taste receptor TAS2R among Africans in regions that commonly grow sorghum with tannin. Taste receptors are molecules that facilitate the sensation of certain tastes, and the patterns in the distribution of TAS2R could make people living in those regions of Africa less susceptible to the bitter taste caused by tannin.

Li called this unique interaction among sorghum tannin, human taste receptors and herbivorous birds a unique triangle that offers unique insight into crop domestication. And, because condensed tannins were bred out of other cereal crops, this kind of research is possible only with sorghum, he said.

“Our investigation uncovered coevolution among humans, plants and environments linked by condensed tannins, the first example of domestication triangle,” Li said. “The concept of a domestication triangle has been proposed previously and generally accepted. Discovering a concrete case, particularly with some molecular evidence, is very exciting. We think this study could help uncover future cases.”

To arrive at their conclusions, the research team grew sorghum varieties with and without tannin and analyzed publicly available datasets on human genetics and wild bird populations in Africa to untangle how these factors interact with one another to influence the domestication of sorghum in Africa. The experiments involving sorghum grown in Iowa found sparrows would feed on the seeds of plants without tannin but left alone the cultivars that contained tannin, reinforcing the concept that herbivore threats to sorghum crops prefer non-tannin varieties.

“The whole discovery was driven by curiosity, after we observed the unexpected sparrow damage in our sorghum field,” said Jianming Yu, professor of agronomy and Pioneer Distinguished Chair in Maize Breeding. “We really had no clue that our gene cloning project to find the pair of interacting genes underlying sorghum tannins would lead to this discovery.” 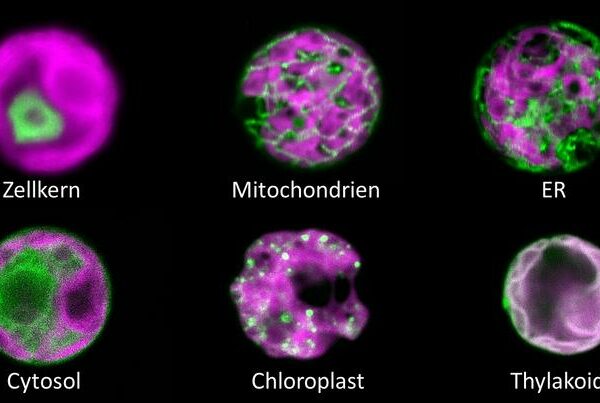