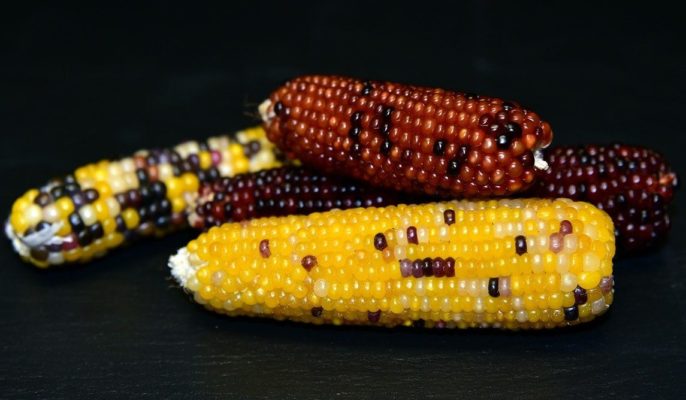 Site-directed mutagenesis in wheat via haploid induction by maize

A new study, which has recently been published in the Plant Biotechnology Journal, demonstrates how site-directed mutagenesis can be achieved in virtually any wheat germplasm of choice by intergeneric pollination of wheat with cas9/guide-RNA (gRNA)-transgenic maize.

For exemplification of this principle, new allelic variants were generated for the wheat genes BRASSINOSTEROID-INSENSITIVE 1 (BRI1) and SEMIDWARF 1 (SD1) which are involved in the regulation of the agronomically important trait plant height.

In total, 15 independent target gene-specific mutants were identified out of 174 wheat plants. Mutants were obtained in six wheat backgrounds, including the three spring-type common wheats BW, W5 and K15, the winter-type bread wheat S96, as well as the two durum wheats D6 and D7. Mutations were found in all three genomic target motifs addressed. None of the 15 mutants carried any transgene. The efficiency in mutant plant formation ranged from 3.6% to 50%.

“The major advances achieved in the present study include (1) much reduced genotype dependence, (2) the opportunity of creating a whole variety of wheat plants carrying different allelic variants of the target gene using just one cas9/gRNA-transgenic maize plant as well as (3) the production of target gene-specific mutants that are instantly true-breeding and generally free of any transgenes,” says Dr. Nagaveni Budhagatapalli who played a key role in the study conducted at the Leibniz Institute of Plant Genetics and Crop Plant Research (IPK) Gatersleben.

However, there is still room for increasing the efficiency of this approach, e.g. by stronger Cas9 and gRNA expression at the relevant timepoint or by the development of improved protocols for in planta production of doubled haploids.