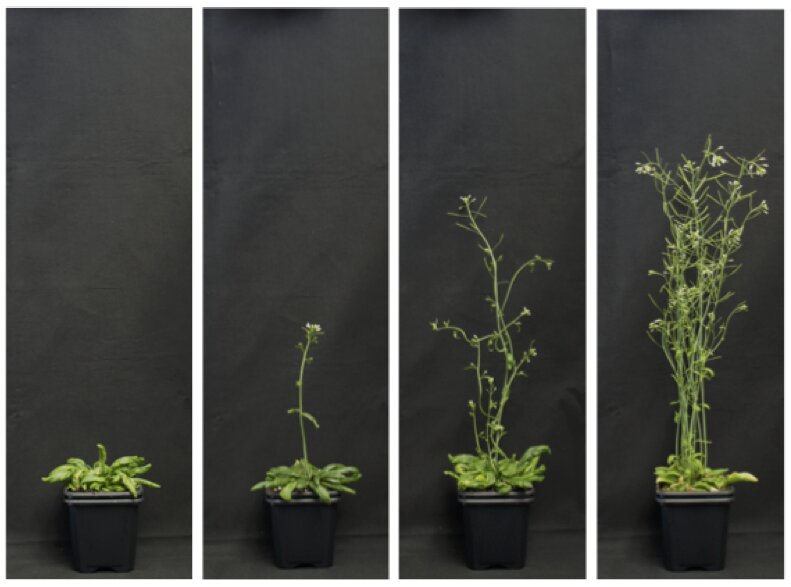 The strategies make it possible to regulate gene expression, and thus to decide when the plants flower or to make them more resistant to drought.

A team of scientists from the Plant Molecular and Cellular Biology (IBMCP), a mixed centre of the Spanish National Research Council (CSIC) and Valencia’s Polytechnic University (UPV), has developed two strategies based on trans-acting small interfering RNAs (syn-tasiRNAs) to modulate the level of silencing induced by a plant’s genes.

The use of these strategies on crops of agronomic interest would allow for the fine-tuning of their gene expression and, this way, to control when a crop flowers, and thus make it available on the market all year round, or at times when it is currently unavailable. Likewise, this technology could also help control the resistance to abiotic stresses such as drought and salinity.

Gene silencing mediated with ribonucleic acid (RNA), also called RNA interference (RNAi), is a mechanism for the regulation of gene expression that enables the selective activation or muting of genes at will, both in basic and applied studies. They are crucial molecular tools in modern molecular biology.

The study, recently published in Nucleic Acids Research and coordinated by Alberto Carbonell, researcher of the CSIC at the IBMCP, shows the usefulness of one of these tools, the syn-tasiRNAs, to improve the productivity of crops and increase their resistance to both biotic and abiotic stresses.

On one hand, it has been observed that the efficiency of a syn-tasiRNA depends on the position that its precursor molecule holds, which determines its level of accumulation. And, on the other hand, it has been verified that the progressive lowering of the degree of base-pairing between the 3’ end of the syn-tasiRNA and the 5’ end of its target RNA also induces a progressive decrease in the efficiency of the syn-tasiRNA.