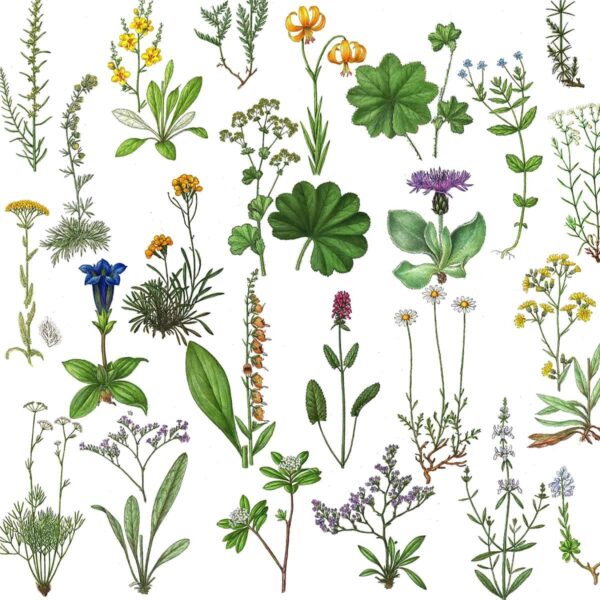 Study closes gaps in the risk of extinction of plant species

Seven to nine percent of all vascular plant species occurring in Europe are globally threatened. This is the result of a study led by the German Centre for Integrative Biodiversity Research (iDiv), the Martin Luther University Halle-Wittenberg and Leipzig University. The researchers combined Red Lists of endangered plant species in Europe with data on their global distribution. The study has been published in the journal Plants, People, Planet. It helps assess the overall level of threat to plant species and thus supports the basis of international nature conservation activities.

How certain is the continued survival of animal and plant species? How high is the risk that they might become extinct? The answers are collated in regional, national and global threat assessments; known as ‘Red Lists’. Legislators and, in particular, nature conservation organizations make decisions about specific conservation activities based on these lists. The problem is, however, that although there are many national Red Lists available, they are often not being integrated into the global Red List of Threatened Species by the IUCN (International Union for Conservation of Nature). Despite being the most comprehensive global list available, the global Red List still lacks threat assessments for almost 90 percent of all known plant species – a substantial assessment gap.

The results are based on a novel integration of data streams on the global geographic distribution of vascular plant species and national Red Lists from 37 European countries, spanning a period from 1999 to 2020. The researchers noted that national Red Lists typically include only half of all plants occurring in a given country, and therefore the team’s findings are conservative estimates.

The IUCN list for the major vertebrate groups was completed decades ago. “But this is not the case for plants,” said Hanna Holz, a biology MSc student at the University of Halle and first author of the study. “Such data gaps can be disastrous because they lead to uncertainties in priority setting in international conservation policy,” said Holz. “Our findings help update and expand the most important instrument in international conservation policy.”

The United Nations Convention on Biological Diversity (CBD) set itself the goal of compiling a comprehensive list of endangered plant species by 2020 but did not achieve this aim. Senior author of the study, Dr Ingmar Staude, stressed that “Through a comprehensive synthesis of existing national Red Lists with global distribution data, national efforts can be incorporated relatively easily into global risk assessments of plants and, hopefully, accelerate these efforts.” Staude was a doctoral researcher at iDiv and the University of Halle and is now a senior scientist at Leipzig University.

Image credit: Collage of plant species that are range-restricted to Europe but threatened in at least one country, with some of them being globally threatened. (Picture: Vlaev, Dimiter in Peev, D. et al. (eds) (2015): Red Data Book of the Republic of Bulgaria. Vol. 1. Plants and Fungi. MoEW & BAS, Sofia [Single inset drawings; compiled by Staude, I.]. http://e-ecodb.bas.bg/rdb/en/)