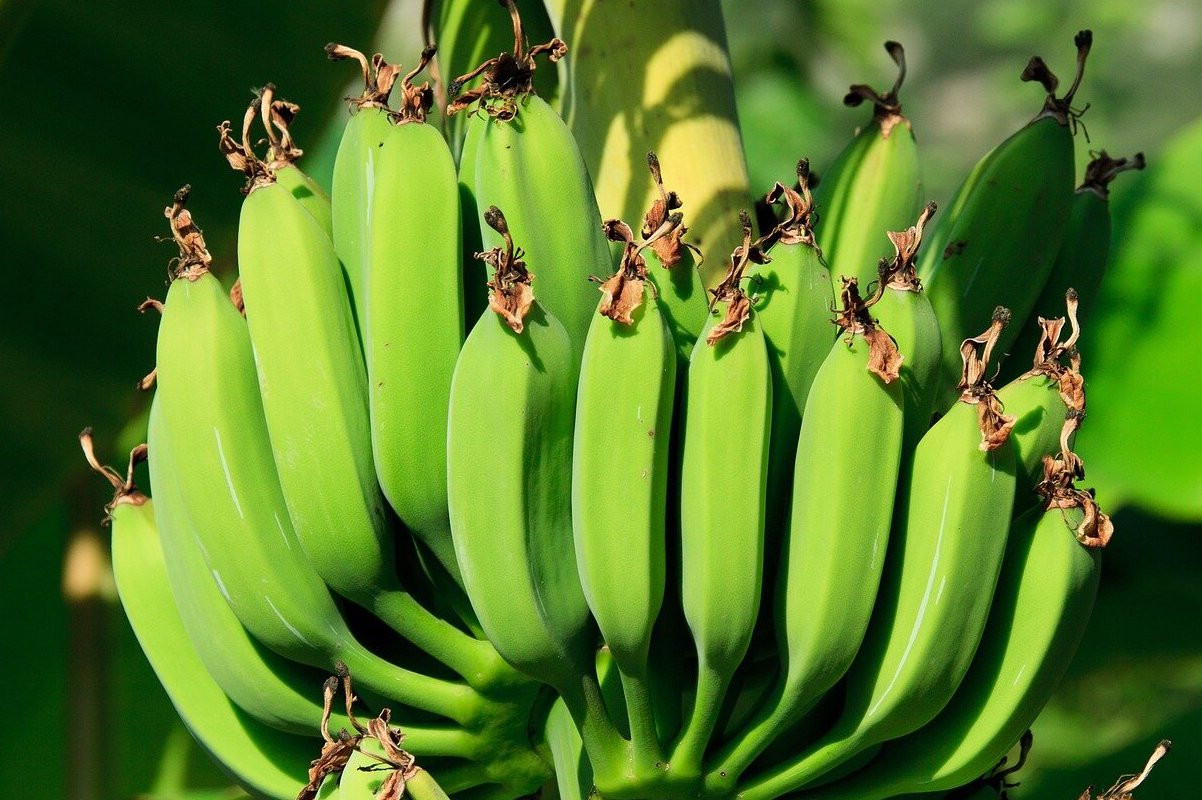 A new banana fungus is rapidly spreading across the globe. It hit Africa a decade ago, but now spreads, a genetic study conducted by Wageningen University & Research (WUR) and Utrecht University reveals. They state that the disease poses a threat to Africa’s food security. Plant Pathology Professor Gert Kema and his colleagues sound the alarm.

The Fusarium wilt is advancing in Mozambique, where the dominant TR4 strain is affecting banana farmers. But this is not the only country affected; over the past decade, the disease spread from Asia to South America and Africa. Following the first reports from Mozambique in 2013, no further reports were made for many years. ‘The disease appeared to be under control in Africa. However, we have since learned that this is, sadly, not the case’, Gert Kema, who heads the Phytopathology Laboratory, sighs.

The new study, conducted by Kema’s PhD student Anouk van Westerhoven and bioinformatics and data scientist Michael Seidl of Utrecht University in collaboration with a local researcher, shows that the TR4 fungus has spread as far as at least 200 kilometres from the original plantation. Genetic research shows that the strains found in different locations are closely related, which means that the pathogen found in Mozambique has a single origin.

‘That first outbreak was not controlled after all. The disease continues to spread, including among small-scale farmers and people with banana plants in their gardens. They probably do not recognise the disease and, as a result, are unable to adequately treat it’, says Van Westerhoven.

‘The question is not whether, but rather when, the disease will spread to other African countries’, she states. In countries such as Tanzania, Malawi, Uganda and Ruanda, bananas are a staple food for millions of people. They often grow the Cavendish banana that is sold in supermarkets all over the world, but often also local banana strains. ‘Whether or not they are susceptible to TR4 is not known for all strains. This disease thus threatens food security in those countries’, Kema warns.

Kema’s expectation is based on past experiences. The Fusarium fungus is well-known within the world of banana growers. In the twenties, thirties and forties of the last century, Panama disease wreaked havoc throughout Latin America. This disease was caused by different Fusarium fungi, and its destruction was finally halted when farmers started growing the resistant Cavendish banana.

The Cavendish currently dominates the world market. TR4 is a new Fusarium species that affects this and many other banana varieties. The fact that this is largely unknown regarding African banana species almost ten years after TR4 first appeared in Mozambique is ‘inconceivable’, says Kema.

Transferred by humans, cars and water

With plantations everywhere growing the same banana, the disease spreads rapidly. ‘It is a soil-borne fungus’, Kema explains. ‘Floods help the spread enormously. Moreover, the fungus may be transferred through contaminated tools, soil carried on shoes and car tyres. There is abundant traffic on plantations, and the bananas are picked by hand. That makes it difficult to control such a fungus. During last century’s epidemic, all efforts proved to be vain.’

‘Our first priority is to find out what varieties are susceptible and which are not’, Kema continues. ‘A proactive approach. As soon as TR4 pops up somewhere, every conceivable effort must be made to contain the outbreak. Furthermore, what varieties can still be grown must be known. The ultimate solution lies in new, resistant varieties. That requires breeding, which is a time-consuming process.’

WUR and its partner KeyGene are involved in an extensive breeding initiative funded by the Bill & Melinda Gates Foundation in East Africa. ‘But we have also started breeding our own varieties in collaboration with Chiquita. This effort focuses on diversifying varieties for the export trade. However, the knowledge gained will also be used to breed local varieties for domestic markets’, Kema explains. He refers to a study that is published in PLOS ONE this week. Lead author Dr. Fernando Garcia- Bastidas, banana breeder at Keygene and previously PhD student in Kema’s team, says ‘we discovered how to trigger an immune response in Cavendish by using an avirulent Fusarium strain. More research is required, but understanding this phenomenon can contribute to future solutions’.

Kema: ‘Eventually, other bananas will be sold on the European markets. But my biggest concern is not whether western consumers will be able to eat bananas in the future. This is about food security in Africa. This is what we are worried about now that this fungus spreads so easily.’