Lessons from the oldest and most arid desert on Earth 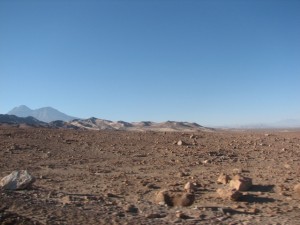 The Atacama Desert is a strip of land near 1000 km in length located in northern Chile. With an average yearly rainfall of just 15 mm (close to 0 in some locations) and high radiation levels, it is the driest desert in the world. Geological estimates suggest that the Atacama has remained hyperarid for at least eight million years. Standing in its midst, one may easily feel as though visiting a valley on Mars.

Despite these harsh environmental conditions, it is possible to find life in the Atacama. At the increased altitudes along the western slopes of the Andes precipitation is slightly increased, allowing plant life.

The driest and oldest desert in the world acts as a natural laboratory where for 150 million years plants adapted to and colonized this environment. These adaptations are likely present in multiple desert plant lineages, thus providing an evolutionary framework where these traits can be associated with a signature of convergent evolution. 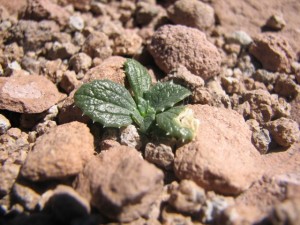 The interplay of environmental conditions in the transect of the Atacama, ranging from 2500 to 4500 meters above sea level, results in three broad microclimates; Pre Puna, Puna, and High Steppe. These microclimates have different humidities, temperatures, levels of organic matter and even different pH levels, but share one common feature: low nitrogen levels.

To engineer crops with higher nitrogen use efficiency, it is very useful to first learn how plants adapt to growth in low nitrogen environments. Here the Atacama Desert enters into the game. Plants growing in the desert can survive 100-fold less nitrogen below optimum concentrations. Using phylogenetics it is possible to uncover novel genes and mechanisms related to adaptation to these extreme conditions, which have not been discovered through traditional genetic approaches.

Currently, nitrogen fertilizers are widely employed to increase crop yield. In 2008 100 million tons of this fertilizer were used and it is projected that for 2018 the demand for nitrogen will rise to 119 million tons. Regretfully, the production and over-usage of this type of fertilizer has an enormous impact in the environment and human health. Around 60% of the nitrogen introduced to the soil for agricultural purposes is leached and lost. Moreover, nitrogen runoffs to the water cause eutrophication in both freshwater and marine ecosystems, leading to algae and phytoplankton blooms, low levels of dissolved oxygen, and finally the migration or death of the present fauna, forming dead zones such as the one in the Gulf of Mexico. 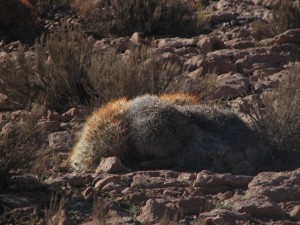 Nitrogen fertilizers are not the only major concern in modern agricultural procedures. The co-localization of drought and low nitrogen levels is especially detrimental for plant growth and development. We need to support not only the nutritional requirement of an expanding global population but also new energetic strategies based on production of biomass for biofuels on marginal nutrient poor soils. In order to increase crop yields while reducing the environmental impact of nitrogen fertilizers, it is necessary to develop new agricultural strategies and cutting edge technologies.

Learning from the desert

What if we could profit from the extraordinary plants that have had thousands of years to learn how to cope with nitrogen scarcity, drought and extreme radiation? Specifically, can we unravel the genes and mechanisms that allow them to survive in such a barren place? 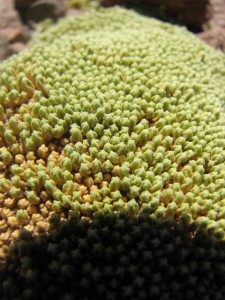 Over the past three years our group has identified 62 different plant species that inhabit the Atacama Desert, and established a correlation between their habitat attributes and biological characteristics. Using tools such as whole transcriptome shotgun sequencing or RNA-Seq complemented with different bioinformatics approaches, we have identified over 896,000 proteins that are expressed in these conditions.

In this way we aim to learn which processes are highly utilized in these “extreme survivors” compared to similar species that are present in the deserts of California, where the climatic conditions are similar but there is no nitrogen scarcity. That is how we expect to find new mechanisms (or, more precisely, very old mechanisms) that enable plants to survive and grow efficiently in extreme environments. 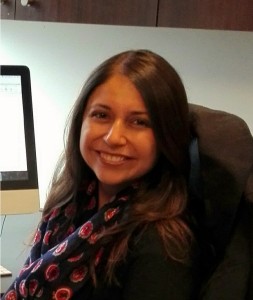 Written by Dr Susana Cabello, Center for Genome Regulation, Millennium Nucleus for Plant Systems and Synthetic Biology, Chile. Susana would like to acknowledge Maite Salazar & Rodrigo Gutierrez for their suggestions and edits.