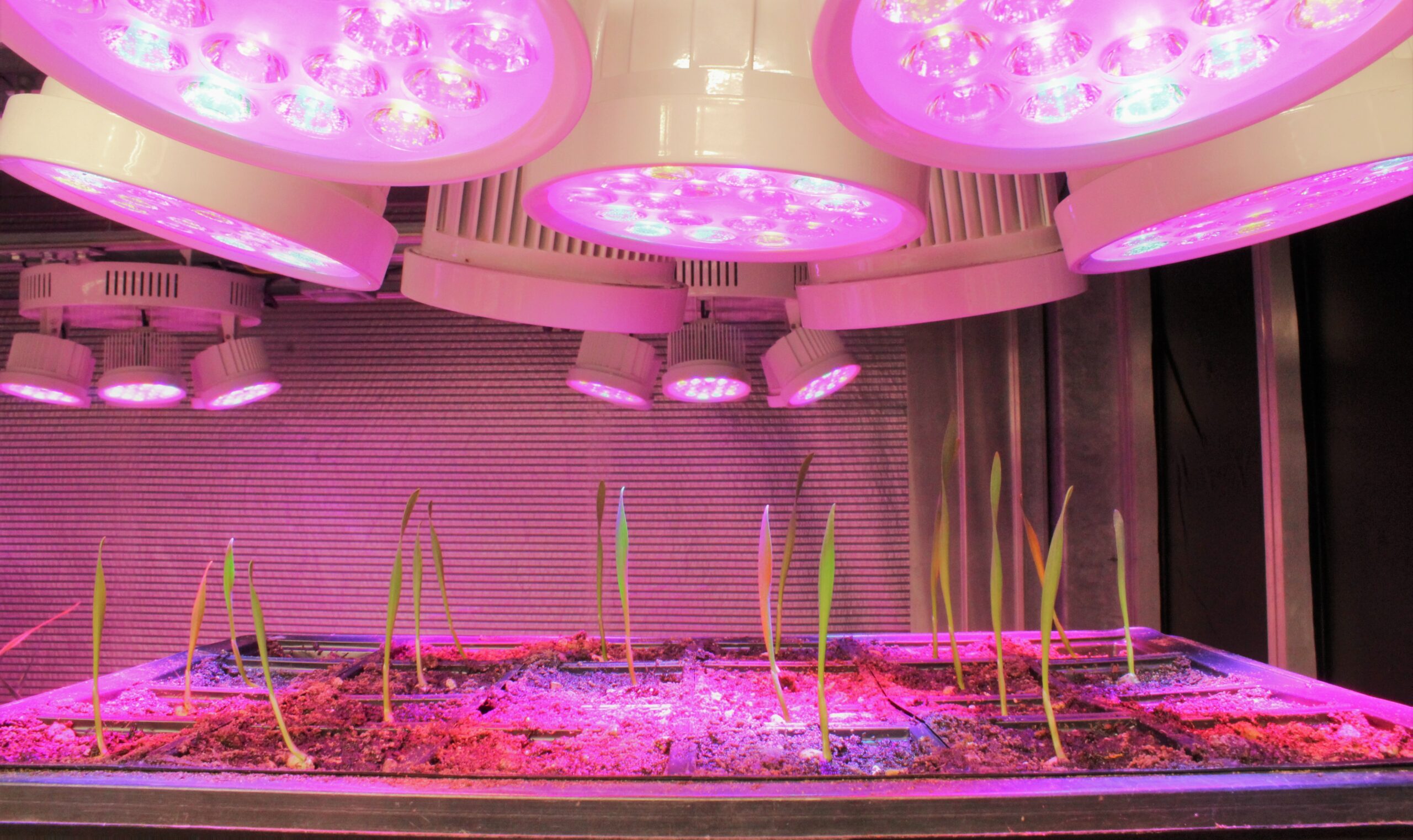 As days grow colder and shorter, and many of us find ourselves entrenched in winter, you wouldn’t be mistaken for feeling a noticeable reduction in activity around you. However, in certain crops such as winter wheat and barley, this cold season holds the key to flowering in the spring. This well-studied process, called vernalization, requires the plant to sense appropriate conditions – i.e., low temperature and short day-length – usually early in development to “overwinter” through several inhospitable months. In the field, this slow rate of development is a key component of the higher-yielding nature of winter crops when compared to their spring counterparts. But for plant research and breeding programmes, the requirement of a long period of vernalization can hinder progress. Here, we combine speed breeding1, 2 with a newly developed speed vernalization (SV) method that enables a dramatic reduction in generation time for winter varieties under controlled conditions3.

Going against the grain?

Using a diverse range of winter wheat and barley accessions, we were able to develop a vernalization technique that used a constant temperature of 10°C and a 22 hr light/2 hr dark photoperiod. Generally, plants are vernalized between 4-6°C and under 8 hr light/16 hr dark conditions for several weeks – so how does increasing both the temperature and the day-length also speed up vernalization? It’s not as bizarre as it initially sounds: warmer temperatures have been shown to initiate vernalization in crops such as wheat and oilseed rape4, 5. Likewise, the speed breeding method employs a 22hr light/2 hr dark ratio to rapidly accelerate growth in non-winter varieties. Speed vernalization not only resulted in earlier flowering in select cultivars, but also viable grain formation – essential in implementation of this method into plant breeding programmes.

Bringing answers to the surface?

Expanding on this vernalization technique, we introduced a second method called “Speed Green Vernalization” (SGV). This time, pre-germinated seeds were placed on the soil surface and remained uncovered for the duration of speed vernalization. Surprisingly, this method was the most effective at reducing time until flowering among many cultivars. This result sheds new light on our understanding of vernalization. More specifically, the underlying molecular components and pathways behind this process.

Vernalization is not a “one size fits all” process – in fact, the requirement varies between varieties. Despite this, speed vernalization was successful in reducing the generation time of the true winter wheat cultivar “Hereward”, which generally requires a longer duration of vernalization. This is a promising indicator of how other cultivars with a strong vernalization requirement may respond to SV and SGV. But this technique isn’t restricted solely to winter varieties – this research highlights the use of these techniques in the development of winter x spring crossing programmes as a means to successfully reduce generation time.

So where does that leave us going forward? From a plant breeding perspective, we hope that speed vernalization will enable faster generation of germplasm with a winter background. In terms of research, these findings suggest that there are many layers to what we have defined as vernalization – and that perhaps “winter” isn’t as cold or as dark as we thought…!