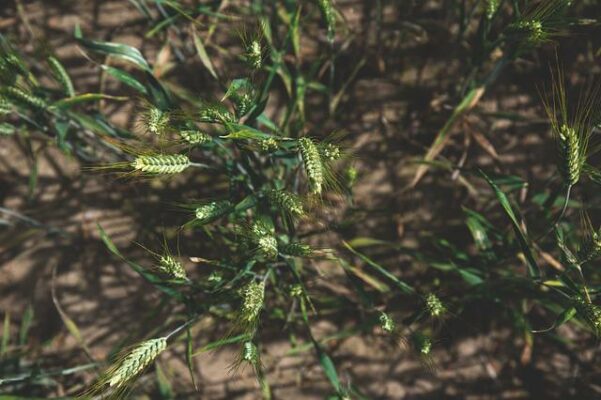 Hybrid agricultural and horticultural crops can play an important role in supporting global food security. They produce higher yields and are often more resistant than non-hybrid varieties to diseases and climate stress. But for many crops, no hybrid varieties are available. Why is that?

Maize is a globally very important crop, and the use of hybrid varieties is routine. The first type was introduced as far back as 1930. But that hasn’t happened for other major crops such as wheat and cassava. Now, for the first time, a comprehensive study has been done of all the factors that determine whether commercial plant breeders can come up with a hybrid variety. Sometimes there are biological challenges. Often, economic factors come into play.

It’s a uniquely comprehensive survey, published in the journal Nature Plants. The authors of the article are associated with hybrid potato breeding company Solynta and Wageningen University & Research. The lead author is Emily ter Steeg, a Ph.D. candidate in development economics.

A hybrid variety is “a descendant of two parental plants who complement each other perfectly. The hybrid then combines the best qualities of the parents,” says ter Steeg. But to generate suitable parents, you need to ensure that they are as genetically uniform as possible (homozygous). You can do this by crossing the parents with themselves—a process called “selfing” or “inbreeding.” “Developing strong parent lines takes time and costs money. So the plant breeder needs to be confident of getting a return on this investment” says ter Steeg.

There are many obstacles to overcome. First of all, it needs to be biologically possible to produce those homozygous parental lines. A self-pollinating plant is ideal, while it is much harder for plants that always cross-pollinate with another plant. Moreover, some crops also have multiple sets of chromosomes, which makes it even harder, or close to impossible, to produce inbred parent lines.

The potato grown on our fields, for example, has four sets of chromosomes with hereditary material. That’s an important reason why there have been so few attempts to generate inbred lines. It makes potato breeding particularly difficult, and that’s why we still have ancient varieties like the Bintje or Russet Burbank.

But we’re making progress. There are in fact also diploid potatoes that have just a single set of genes. These varieties did not support inbreeding. But scientists at Solynta and Wageningen University & Research have recently managed to get around that obstacle. The Sli gene is the key to that. Now the path is clear to develop potatoes from hybrid seeds rather than from tubers.

The scientists researched the economic drivers for developing a hybrid variety. On the one hand there’s the cost of the development process, and on the other there’s the anticipated revenues. Both play an important role. “Large markets or markets with high value added are more profitable for plant breeders. That’s why you see hybrid varieties of major global crops and important vegetables but less so for small local crops. Also, the market price of the harvested products determines how much a grower is willing to invest in seeds. Therefore, market prices for growers influence seed prices and revenues of plant breeders.”

High-yielding, robust crops are urgently needed in order to address the challenges of global food security and climate change. “But there’s a lack of progress in the breeding of some staple crops, which are important for food security. This applies to cassava, sugarcane and sweet potatoes, but also to traditional leafy vegetables and fruits. If we want to improve and ensure access to nutritious food in poorer countries, it’s important to make progress in commercially less attractive crops too,” ter Steeg says.

The authors of the Nature Plants article recommend public-private partnerships in instances where plant breeders can’t see an immediate business case. “Examples of such an approach are the national program ‘Topsectorenonderzoek’ (Top Sector Research) and its predecessor ‘Technologisch Top Instituut Groene Genetica’ (Technological Top Institute Green Genetics). For example, many genotypes (semi-finished products) have been supplied in peppers and tomatoes, among others, that were then used by breeding companies to develop new disease resistant varieties.”