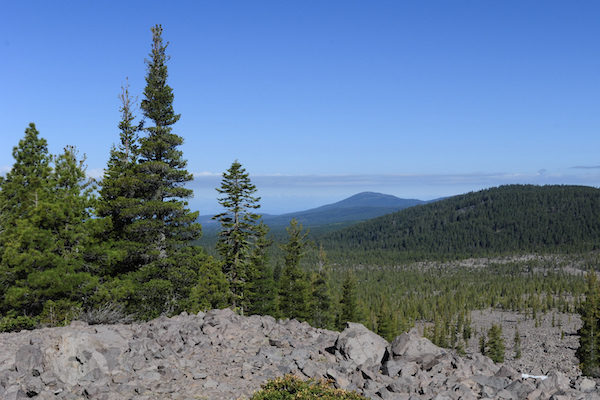 What we’re still learning about how trees grow

What will happen to the world’s forests in a warming world? Will increased atmospheric carbon dioxide help trees grow? Or will extremes in temperature and precipitation hold growth back? That all depends on whether tree growth is more limited by the amount of photosynthesis or by the environmental conditions that affect tree cell growth—a fundamental question in tree biology, and one for which the answer wasn’t well understood, until now.

A study led by University of Utah researchers, with an international team of collaborators, finds that tree growth does not seem to be generally limited by photosynthesis but rather by cell growth. This suggests that we need to rethink the way we forecast forest growth in a changing climate and that forests in the future may not be able to absorb as much carbon from the atmosphere as we thought.

“A tree growing is like a horse and cart system moving forward down the road,” says William Anderegg, an associate professor in the U’s School of Biological Sciences and principal investigator of the study. “But we basically don’t know if photosynthesis is the horse most often or if it’s cell expansion and division. This has been a longstanding and difficult question in the field. And it matters immensely for understanding how trees will respond to climate change.”

We learned the basics in elementary school—trees produce their own food through photosynthesis, taking sunlight, carbon dioxide and water and turning it into leaves and wood.

There’s more to the story, though. Converting carbon gained from photosynthesis into wood requires wood cells to expand and divide.

So trees get carbon from the atmosphere through photosynthesis. This is the trees’ carbon source. They then spend that carbon to build new wood cells—the tree’s carbon sink.

If the trees’ growth is source-limited, then it’s limited only by how much photosynthesis the tree can carry out and tree growth would be relatively easy to predict in a mathematical model. So rising carbon dioxide in the atmosphere should ease that limitation and let trees grow more, right?

But if instead the trees’ growth is sink-limited, then the tree can only grow as fast as its cells can divide. Lots of factors can directly affect both photosynthesis and cell growth rate, including temperature and the availability of water or nutrients. So if trees are sink-limited, simulating their growth has to include the sink response to these factors.

The researchers tested that question by comparing the trees’ source and sink rates at sites in North America, Europe, Japan and Australia. Measuring carbon sink rates was relatively easy—the researchers just collected samples from trees that contained records of growth. “Extracting wood cores from tree stems and measuring the width of each ring on these cores essentially lets us reconstruct past tree growth,” says Antoine Cabon, a postdoctoral scholar in the School of Biological Sciences and lead author of the study.

Measuring carbon sources is tougher, but doable. Source data was measured with 78 eddy covariance towers, 30 feet tall or more, that measure carbon dioxide concentrations and wind speeds in three dimensions at the top of forest canopies, Cabon says. “Based on these measurements and some other calculations,” he says, “we can estimate the total forest photosynthesis of a forest stand.”

The researchers analyzed the data they collected, looking for evidence that tree growth and photosynthesis were processes that are linked, or coupled. They didn’t find it. When photosynthesis increased or decreased, there was not a parallel increase or decrease in tree growth.

“Strong coupling between photosynthesis and tree growth would be expected in the case where tree growth is source limited,” Cabon says. “The fact that we mostly observe a decoupling is our principal argument to conclude that tree growth is not source-limited.”

The strength of coupling or decoupling between two processes can lie on a spectrum, so the researchers were interested in what conditions led to stronger or weaker decoupling. Fruit-bearing and flowering trees, for example, exhibited different source-sink relationships than conifers. More diversity in a forest increased coupling. Dense, covered leaf canopies decreased it.

Finally, coupling between photosynthesis and growth increased in warm and wet conditions, with the opposite also true: that in cold and dry conditions, trees are more limited by cell growth.

Cabon says that this last finding suggests that the source vs. sink issue depends on the tree’s environment and climate. “This means that climate change may reshape the distribution of source and sink limitations of the world forests,” he says.

A new way to look forward

The key takeaway is that vegetation models, which use mathematical equations and plant characteristics to estimate future forest growth, may need to be updated. “Virtually all these models assume that tree growth is source limited,” Cabon says.

For example, he says, current vegetation models predict that forests will thrive with higher atmospheric carbon dioxide. “The fact that tree growth is often sink limited means that for many forests this may not actually happen.”

That has additional implications: forests currently absorb and store about a quarter of our current carbon dioxide emissions. If forest growth slows down, so do forests’ ability to take in carbon, and their ability to slow climate change.