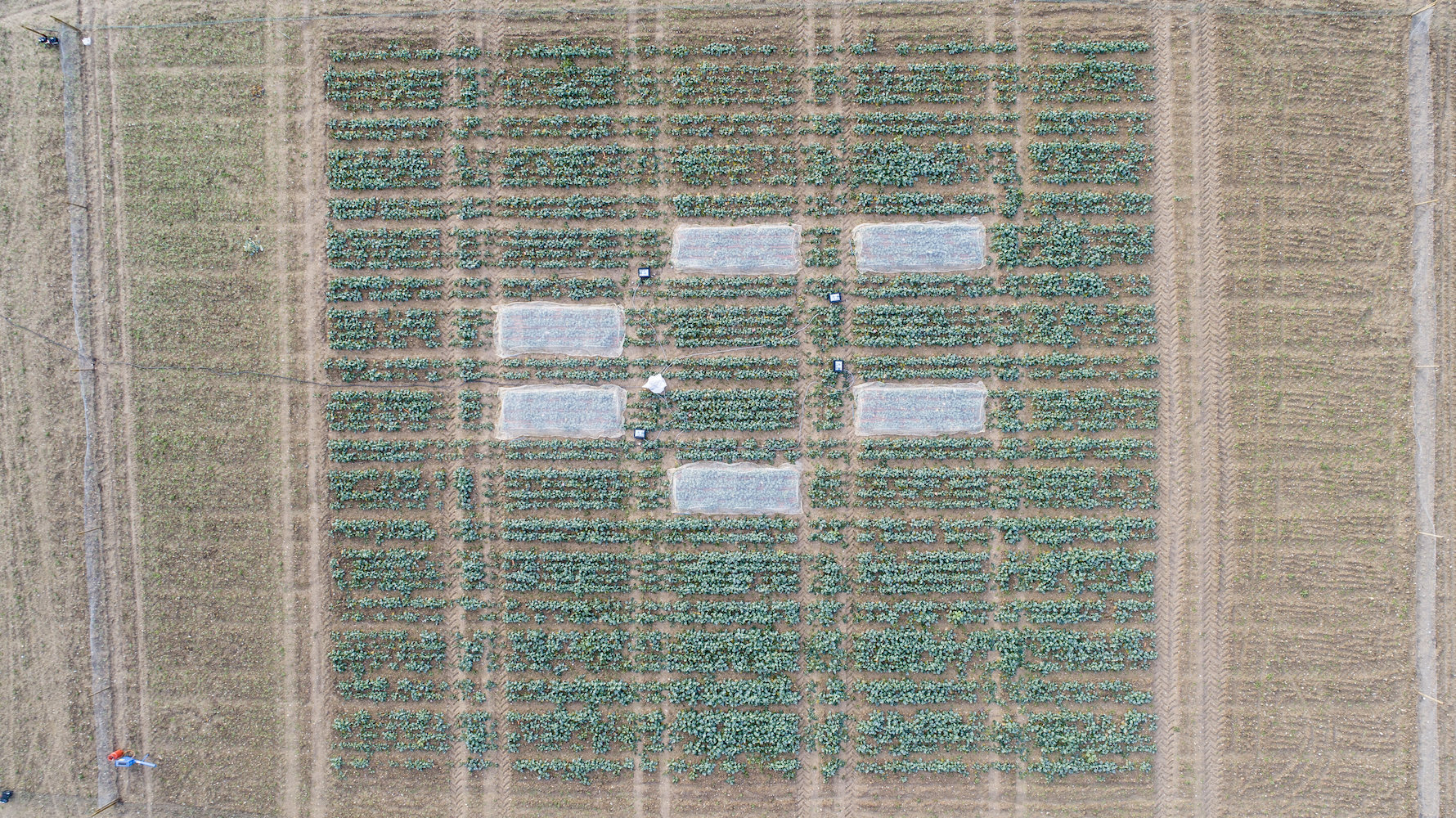 Innovative experiments using temperature-controlled field plots have helped to explain the link between early winter temperatures and yield in some of our most marketable arable crops.

Laboratory and in-field technology enabled the team of researchers from the John Innes Centre to simulate full growing seasons and establish that chilling is important in late November/early December because it promotes growth during early floral development of the crop.

They showed that oilseed rape plants can undergo a developmental phase known as flower bud dormancy if the winter temperature is too warm. This physiological process occurs as the microscopic, newly formed buds lie inactive waiting for low temperatures to signal growth and is well understood in perennial plants which grow year after year.

This development stage was not known to exist in annual crops; those that complete their life cycle in one growing season.

Professor Steve Penfield, a group leader at the John Innes Centre said: “It was surprising to find that winter annuals have this flower bud dormancy – no one has ever suggested that this mechanism is important to flowering time control in annual plants. Our experiments further show that if flower buds experience warmer than average temperatures then growth slows down and plants produce aberrant flowers and low yield. Conversely, we know that if plants get chilled at this stage this promotes faster growth and higher yield.”

Previous studies have shown a strong correlation between late November-early December temperatures and yield in crops such as oilseed rape, which are winter annuals, planted in the autumn and harvested the following summer.

Understanding the reasons behind the statistical correlations between climate and yield is important for predicting the impact of climate change on crop production and could be used to develop strategies to adapt the crop to produce higher yields with warmer winters.

First author of the paper Dr Carmel O’Neil said: “We want to understand the effect of climate change on the UK crop yields. To predict these effects and respond to them we must understand all the processes by which varying weather affects yield. And that is what we have done here in this study – proving experimentally what we have seen previously in correlated studies.”

In what is believed to be a unique set of experiments, the researchers used indoor Controlled Environment Rooms programmed to simulate a winter annual growing season based on weather data collected from a farm.

The results from both the laboratory and the field trials were the same, warmer conditions led to slower growth and reduced yield.

Using molecular techniques, the team analysed the genes expressed in the bud tissues of the oilseed rape plants which were affected by temperature changes. This showed that a previously well-known chilling response gene called FLC was mediating plants’ bud dormancy response to winter temperatures.

Professor Penfield added: “We had seen this correlation between chilling and yield in the data, but until now we could not say that chilling was linked to the physiology of the crop – it is not for example that chilling just kills some disease or pest – although it might do that as well. But we now know why chilling influences yields and it is down to physical effect on the growth rate of the plants.”

Previous research has identified the importance of temperature on a plant biological developmental process called vernalisation which in oilseed rape occurs in October.

By identifying that there is a second temperature sensitive process, bud dormancy, that occurs later in the growing season researchers and breeders can help us better respond to the challenge of climate change. One strategy under consideration is to identify varieties which are less temperature sensitive.

Image: Innovative experiments using temperature-controlled field plots have helped to explain the link between early winter temperatures and yield in some of our most marketable arable crops. Credit: Phil Robinson – John Innes Centre