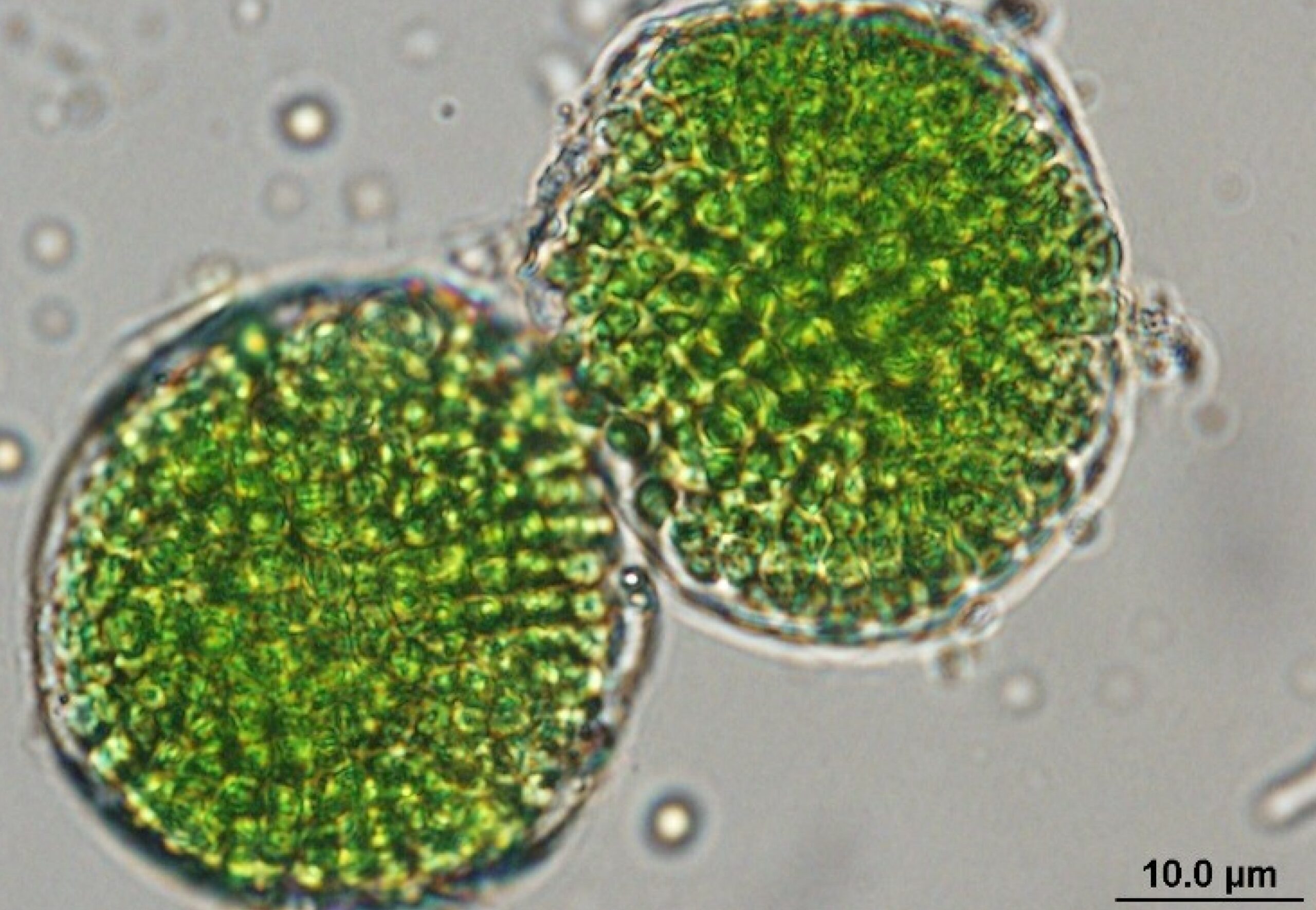 Researchers have studied how certain bacteria perform photosynthesis using low-energy light, which could be engineered into crops to boost production.

By studying the way two bacteria perform the difficult chemistry of photosynthesis, a team led by Imperial researchers have discovered the trade-offs they make when using lower-energy light. This could inform plant genetic engineering that aims to make crop and biomass production more efficient.

Plants, algae and cyanobacteria (blue-green algae) perform photosynthesis to convert light and CO2 into sugars and oxygen. An enzyme called photosystem II performs the first step of this process, using light to extract electrons from water and feed them into the photosynthetic machinery.

Most organisms perform photosynthesis using visible light, which they collect thanks to a pigment called chlorophyll-a. The energy contained in visible light has been considered for a long time the minimum energy required to do the hard chemistry of extracting electrons from water.

However, there are some cyanobacteria that perform photosynthesis using lower-energy far-red light instead of visible light. Giving plants and algae the ability to use far-red light could make crop and biomass production more efficient, since far-red light is less energy intensive and is plentiful.

The ability to use both visible and far-red light in different conditions would also be a desirable property for crop plants and algae, but the researchers needed to understand if there were any trade-offs or compromises in systems that can do this.

Other recently discovered cyanobacteria can do photosynthesis using chlorophyll-a when visible light is present and then switch to using the pigment chlorophyll-f, which also absorbs far-red light, when shaded from visible light.

In 2018, researchers led by a team at Imperial discovered that in one of these cyanobacteria, Chroococcidiopsis thermalis, photosystem II can do the hard chemistry by solely using the lower energy provided by far-red light.

Lead researcher Professor Bill Rutherford, from the Department of Life Sciences at Imperial, said: “Engineering crop plants or algae that could use far-red photosynthesis may help boost food and biomass production.

“Our study is an important first step in understanding the trade-offs between efficiency and resilience in systems that can use far-red light. These insights could help researchers determine which features would be beneficial, and under what conditions.”

The team found that the photosystem II of Acaryochloris marina, which lives in constantly shady conditions and always uses chlorophyll-d, is efficient in collecting and using far-red light. However, when exposed to excess light, it becomes overwhelmed and produces harmful reactive oxygen species, which can kill the cells.

The photosystem II of Chroococcidiopsis thermalis, which uses chlorophyll-f only when visible light is absent or scarce, is less efficient than that of Acaryochloris marina in collecting and using far-red light. However, when exposed to excess light it does not over-produce harmful reactive oxygen species.

Dr Stefania Viola, postdoctoral researcher in the Department of Life Sciences at Imperial and first author of the study, said: “Our research suggests that the two types of far-red photosystem II pay a different price for being able to work with less energy, and that this should be considered when planning to introduce far-red photosynthesis in crop plants or algae.

“The next step for us is to understand the molecular and chemical mechanisms responsible for the functional differences between the two types of far-red photosystem II.”