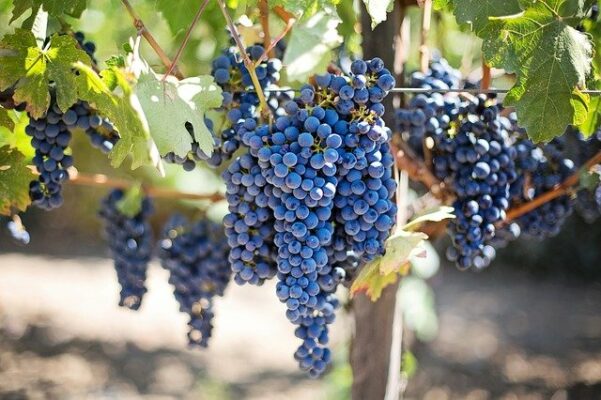 Wines and table grapes exist thanks to a genetic exchange so rare that it’s only happened twice in nature in the last 6 million years. And since the domestication of the grapevine 8,000 years ago, breeding has continued to be a gamble.

When today’s growers cultivate new varieties – trying to produce better-tasting and more disease-resistant grapes – it takes two to four years for breeders to learn whether they have the genetic ingredients for the perfect flower.

Females set fruit, but produce sterile pollen. Males have stamens for pollen, but lack fruit. The perfect flower, however, carries both sex genes and can self-pollinate. These hermaphroditic varieties generally yield bigger and better-tasting berry clusters, and they’re the ones researchers use for additional cross-breeding.

Now, Cornell scientists have worked with the University of California, Davis, to identify the DNA markers that determine grape flower sex. In the process, they also pinpointed the genetic origins of the perfect flower. Their paper, “Multiple Independent Recombinations Led to Hermaphroditism in Grapevine,” published in Proceedings of the National Academy of Science.

“This is the first genomic evidence that grapevine flower sex has multiple independent origins,” said Jason Londo, corresponding author on the paper and a research geneticist in the USDA-Agricultural Research Service (USDA-ARS) Grape Genetics Unit, located at Cornell AgriTech. Londo is also an adjunct associate professor of horticulture in the School of Integrative Plant Science (SIPS), part of the College of Agriculture and Life Sciences.

“This study is important to breeding and production because we designed genetic markers to tell you what exact flower sex signature every vine has,” Londo said, “so breeders can choose to keep only the combinations they want for the future.”

Today, most cultivated grapevines are hermaphroditic, whereas all wild members of the Vitis genus have only male or female flowers. As breeders try to incorporate disease-resistance genes from wild species into new breeding lines, the ability to screen seedlings for flower sex has become increasingly important. And since grape sex can’t be determined from seeds alone, breeders spend a lot of time and resources raising vines, only to discard them several years down the line upon learning they’re single-sex varieties.

In the study, the team examined the DNA sequences of hundreds of wild and domesticated grapevine genomes to identify the unique sex-determining regions for male, female and hermaphroditic species. They traced the existing hermaphroditic DNA back to two separate recombination events, occurring somewhere between 6 million and 8,000 years ago.

Londo theorizes that ancient viticulturists stumbled upon these high yielding vines and collected seeds or cuttings for their own needs – freezing the hermaphroditic flower trait in domesticated grapevines that are used today.

Many wine grapes can be traced back to either the first or second event gene pool. Cultivars such as cabernet franc, cabernet sauvignon, merlot and Thompson seedless are all from the first gene pool. The pinot family, sauvignon blanc and gamay noir originate from the second gene pool.

What makes chardonnay and riesling unique is that they carry genes from both events. Londo said this indicates that ancient viticulturalists crossed grapes between the two gene pools, which created some of today’s most important cultivars.

“The more grape DNA markers are identified, the more breeders can advance the wine and grape industry,” said Bruce Reisch, co-author and professor in both the Horticulture and the Plant Breeding and Genetics sections of SIPS. “Modern genetic sequencing technologies and multi-institutional research collaborations are key to making better grapes available to growers.”

Funding for this study was provided by a Specialty Crop Research Initiative Competitive Grant from the USDA National Institute of Food and Agriculture.

Co-authors on the paper also include Cheng Zou and Qi Sun at the Cornell Institute of Biotechnology; Melánie Massonnet, Andrea Minio and Dario Cantu at UC Davis; Lance Cadle-Davidson at the USDA-ARS Grape Genetics Unit; Victor Llaca at Corteva Agriscience; Avinash Karn and Fred Gouker in the Horticulture Section of SIPS; and Sagar Patel and Anne Fennell of South Dakota State University.