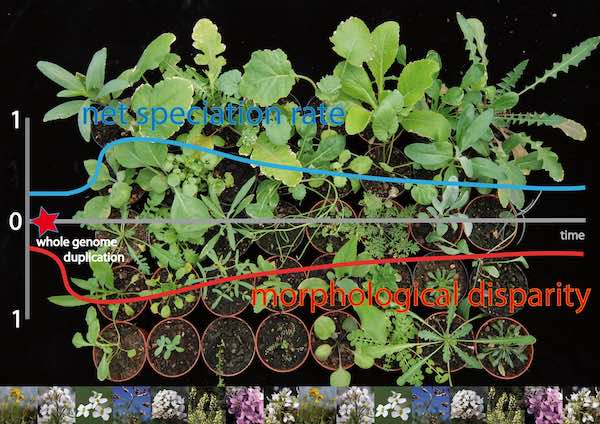 Genome duplications play a major role in the development of forms and structures of plant organisms and their changes across long periods of evolution. Heidelberg University biologists under the direction of Prof. Dr Marcus Koch made this discovery in their research of the Brassicaceae family. To determine the scope of the different variations over 30 million years, they analysed all 4,000 species of this plant family and investigated at the genus level their morphological diversity with respect to all their characteristic traits. The results of this research were published in the journal “Nature Communications”.

The external form of a plant, also known as its morphology, notably depends on environmental factors and their influences. This is true over short time scales of individual development as well as over the long term on an evolutionary scale. “A plant species always embodies only a portion of the possible breadth of morphological variation in evolution, thus allowing related evolutionary lines to be studied as a group for their morphological disparity,” stresses Prof. Koch, who leads the Biodiversity and Plant Systematics research group at the Centre for Organismal Studies (COS) of Heidelberg University. The extent of this disparity can be viewed as evolutionary potential for adaptations to altered environments and an associated differentiation.

To measure the morphological variation, the researchers first recorded the characteristic traits of the 4,000 Brassicaceae species in a checklist describing the identity and correlations of the species. They then constructed a family tree on genus level from next generation sequencing DNA data to visualise and test the underlying evolutionary dynamics. The tree facilitates the study of complex traits and their development over the course of evolution and places them in the context of other processes and events such as genome duplications or major changes in speciation rates. Genome duplications, that is the multiplication of the whole genome in a cell, describe an exceptional process in land plants to make available additional genetic variability.

“One surprising result of our study is that there is no key innovation with respect to the morphological characteristics studied. The character traits constantly change and appear to be arbitrarily assembled over and over. The old evolutionary lines make use of the morphological potential in a different way but do not differ from one another in terms of their disparity. In this way, evolution can proceed quickly and divergently,” states Marcus Koch.

These patterns are associated with genome duplications, which reflect the genetic components, as well as a rapid increase in speciation rates as an expression of selection pressure of past and changing environments. Accordingly, present-day Brassicaceae exhibit more than 40 percent polyploid species, which underwent genome duplications and carry a multiple set of chromosomes. “That means that a species like thale cress, Arabidopsis thaliana, has gone through at least three genome duplications over the course of evolution of the flowering plants in the last 160 million years. Yet this species still has only ten chromosomes because the genomes have to be subsequently stabilised and usually scaled back down over the long term,” explains Prof. Koch. 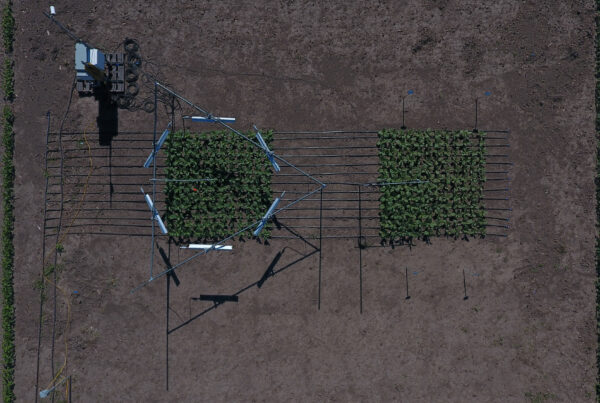