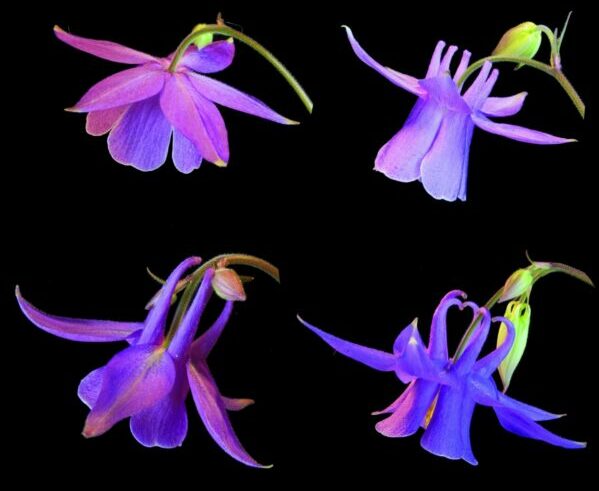 The evolution of novel features – traits such as wings or eyes – helps organisms make the most use of their environment and promotes increased diversification among species. Understanding the underlying genetic and developmental mechanisms involved in the origin of these traits is of great interest to evolutionary biologists.

The flowering plant Aquilegia, a genus of 60-70 species found in temperate meadows, woodlands and mountain tops around the world, is known for a novel feature – the nectar spur, which is important for pollination, and for the ecology and evolution of the genus. More uniquely, the species Aquilegia ecalcarata (A. ecalcarata), native to montane regions of central China, is the only known species of Aquilegia in which the petals have naturally lost their spurs. A team of researchers from California State University in Sacramento, University of California in Santa Barbara, and Harvard University have used this spurless species to identify a key gene controlling the development of the nectar spur in Aquilegia.

In a paper published in Proceedings of the National Academy of Sciences, researchers sought to identify the gene or genes responsible for spur-loss in A. ecalcarata, for which there was initially no obvious genetic candidate. Evangeline Ballerini (PhD ’10, Kramer Lab), Assistant Professor at California State University in Sacramento and lead researcher of the study, began by repeating a 1960 study by the Russian geneticist W. Praźmo (Acta Soc. Bot. Pol. 29, 423-442). Praźmo crossed a spurred species of Aquilegia with A. ecalcarata and found that patterns of phenotype distribution in the second generation indicated a single gene in the genome was responsible for spur loss. Ballerini then teamed with Professor Scott Hodges, University of California, Santa Barbara and Professor Elena Kramer, Harvard University, to recreate the inter-species cross between A. ecalcarata and four spurred Aquilegia. Their results confirmed that there appeared to be a single, recessive gene responsible for spur loss, however, it was in a region that contained approximately one thousand genes.

Researchers were able to draw on previous work by Ballerini that had identified all of the genes that are differentially expressed between the spurless A. ecalcarata and the spurred species. By focusing on gene expression – genes that are off when you don’t have spurs and genes that are on when you do have spurs – they were able to ask, do any of the genes in the critical genomic region show this differential expression? “There was no guarantee that these methods would lead us to the gene we were looking for,” Ballerini said. “There was definitely quite a bit of work that went into all of the experiments and analyses, but in the end there was a bit of luck too.”

Of the 1000 genes, only one gene fit all the criteria of being off when the plant had no spur, on when the plant had a spur, and was specifically expressed in developing spurs. This gene, which the team refer to as POPOVICH (POP), was turned on in species with nectar spurs. The researchers named the gene after Gregg Popovich, head coach of the San Antonio Spurs basketball team. “This gene is a transcription factor, which means it controls spur development in columbines by regulating the activity of other genes,” explained Ballerini. “So I chose the name POPOVICH because as coach, Popovich controls San Antonio Spurs development, in a sense, by regulating the activity of his players.”

In further testing, when the researchers turned off POP in species that had spurs, the petals lost their spurs. “POP appears to be present in the beginning of the developing spur and is responsible for promoting cell divisions in the specific regions where the spur develops” said Kramer. “By turning off POP, the petals lose the cells that would normally become the nectar spur.”

Across flowering plants, spurs have evolved many times independently. This study and others have suggested that, not surprisingly, those independent evolutionary events were achieved through different genetic mechanisms. “While POP promotes spur development in Aquilegia, it may not do so in other flowering plants” said Kramer. “However, it does provide a model of how to approach questions of how to identify a single gene in regions of the genome.” The identification of a critical gene that controls spur development can lead to a broader understanding of the genetic program. “There are things that we will want to do now that we’ve identified this gene,” Hodges said. “Since POP is a transcription factor, it must have particular genes that it’s affecting. The next logical step would be to identify the targets of this gene, and that will tell us a lot more about how it functions.”