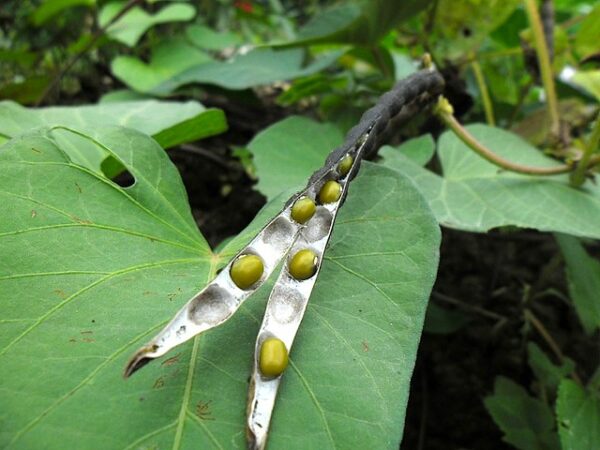 “Plant respiration is a crucial process biologically for growth, for biomass accumulation,” said Maria Maldonado, a postdoctoral researcher in the lab of James Letts, assistant professor in the Department of Molecular and Cellular Biology, College of Biological Sciences. “If you’re thinking of crops, the extent to which they grow is related to biomass accumulation and the interplay between photosynthesis and respiration.”

In a study appearing in eLife, Maldonado, Letts and colleagues provide the first-ever, atomic-level, 3D structure of the largest protein complex (complex I) involved in the plant mitochondrial electron transport chain.

“For mammals or yeast, we have higher resolution structures of the entire electron transport chain and even supercomplexes, which are complexes of complexes, but for plants, it’s been an entire black box,” said Maldonado. “Until today.”

Figuring out the structure and functionality of these plant protein complexes could help researchers improve agriculture and even design better pesticides.

“Lots of pesticides actually target the mitochondrial electron transport chain complexes of the pest,” said Letts. “So by understanding the structures of the plant’s complexes, we can also design better-targeted pesticides or fungicides that will kill the fungus but not the plant and not the human who eats the plant.”

Growing mung beans in the dark

To make their food, plants utilize chloroplasts to conduct photosynthesis. But chloroplasts can pose a problem to scientists studying the molecular minutiae of the mitochondrial electron transport chain.

“Plants have mitochondria and they also have chloroplasts, which make the plant green, but the organelles are very similar in size and have very similar physical properties,” said Maldonado.

These similarities make it difficult to isolate mitochondria from chloroplasts in a lab setting. To get around this, the researchers used “etiolated” mung beans (Vigna radiata), meaning they grew the plants in the dark, which prevented chloroplasts from developing and caused the plants to appear bleached.

“Mung beans are an oilseed such that they store energy in the form of seed oils and then the sprouts start burning those oils like its fuel,” said Letts. Without chloroplasts the plants are unable to photosynthesize, limiting their energy streams.

By separating mitochondria from chloroplasts, the researchers gained a clearer structural image of complex I and its subcomplexes.

“We used single-particle cryoelectron microscopy to solve the structure of the complexes after purifying them from mitochondrial samples,” said Letts.

With these structures, scientists can see, at the atomic level, how the building block proteins of complex I are assembled and how those structures and their assembly differs compared to the complexes present in the cells of mammals, yeast and bacteria.

“Our structure shows us for the first time the details of a complex I module that is unique to plants,” said the researchers. “Our experiments also gave us hints that this assembly intermediate may not just be a step towards the fully assembled complex I, but may have a separate function of its own.”

The researchers speculated that complex I’s unique modular structure may give plants the flexibility to thrive as sessile organisms.

“Unlike us, plants are stuck in the ground, so they have to be adaptable,” said Letts. “If something changes, they can’t just get up and walk away like we can, so they’ve evolved to be extremely flexible in their metabolism.”

With the structure of complex I now in hand, the researchers plan to conduct functional experiments. Further understanding complex I’s functionality could open the doorway to making crop plants more energy efficient.