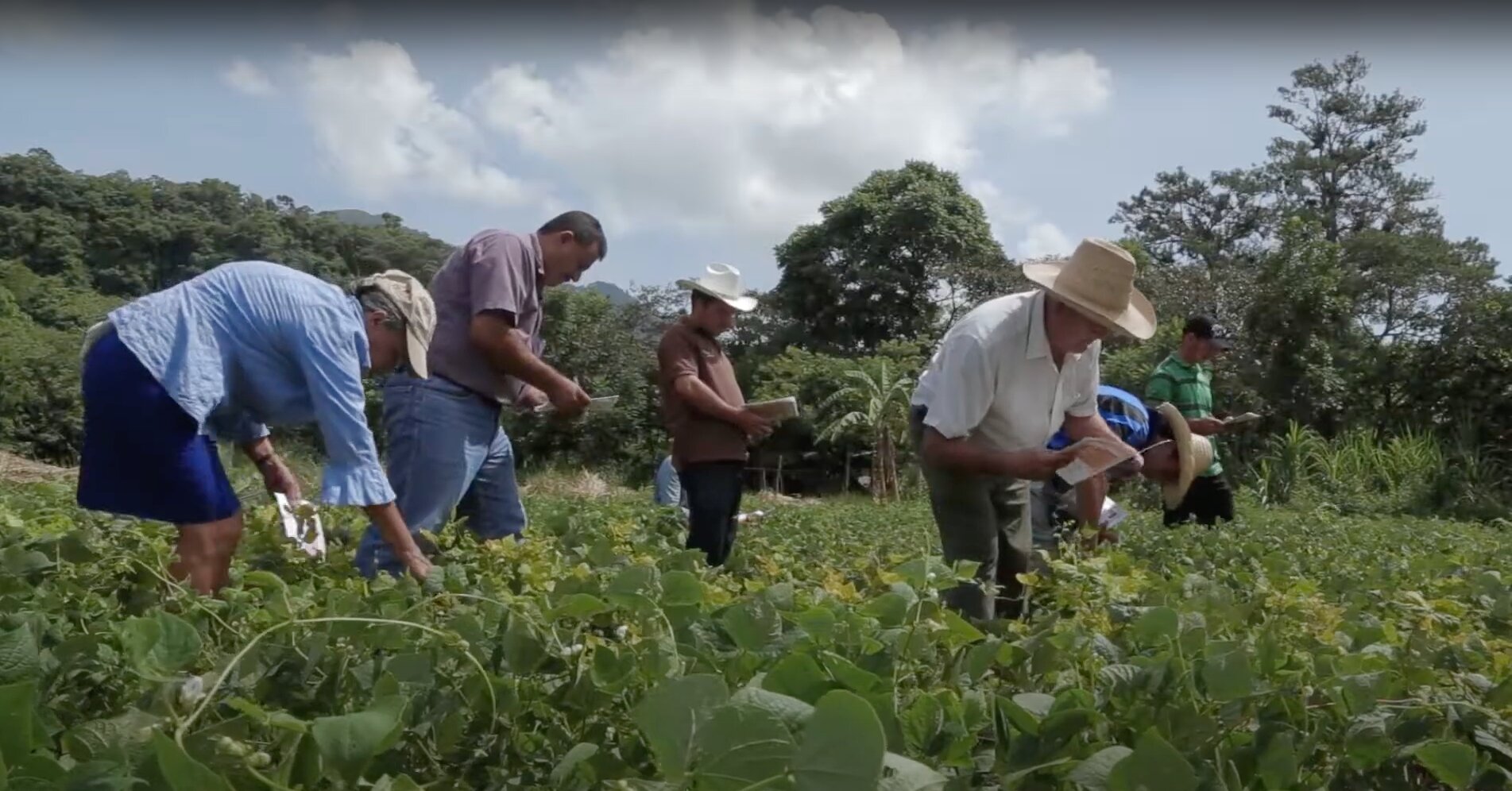 Farmers are becoming more involved than ever in the work of developing new, sustainable crop varieties, with a recent Alliance study showing how a “citizen science” approach for on-farm experimentation called tricot, generated agricultural data via local organizations in Central America.

Jacob van Etten, Principal Scientist and Director for Digital Inclusion, explains that the idea for tricot (an abbreviation for triadic comparison of technologies), came from a frustration that he felt years ago, when participating in formalized experimental plots designed to test crop varieties that are conventionally bred for selected traits.

“In the 1990s, some felt the role of the scientists was to get feedback from farmers but it wasn’t an interesting exercise, the farmers weren’t excited about it,” he said, “It’s also not as useful for scientists as the breeders didn’t trust the information from the farmers.”

So, instead of crop varieties and other technologies being tested in large-scale field plots under generic conditions, tricot allows new crop varieties to be tested directly in farmers’ fields, the same context where they will hopefully be grown after the study.

Van Etten said the exciting thing about this study is that it shows that we go one step further: putting all these data together from several places and seasons and deriving more insights from them than would be possible with any dataset alone, even for places in which no trial was done.

Van Etten said tricot has enabled organizations to expand trials because of a lowering of costs.

“We found that we have halved the costs of doing equivalent trials, it’s not just that the farmers contribute their time and land, but the logistics and hand holding has gone down,” he said.

“I believe Jacob and his team’s deep experience and knowledge of local communities helped make tricot an appropriate innovation, “ she said, “I believe it is the simplicity and agility of tricot which make it a success.”

Van Etten said consistent on-the-ground engagement increases applicability, that is, the more informed farmers are, the more  empowered in their decision-making.

Happy Daudi, a senior research officer and plant breeder at the Tanzania Agriculture Research Institute  is a groundnut project leader in Tanzania and her main role is to initiate the trial and make sure everything in the project went well and conducive environment for farmers and extension agents in order to get good and quality data, produce the report and select good varieties for release or other breeding purpose.

“They feel ownership of the process and their voice on what kind of varieties they need now are considered”, she said.

Brazilian scientist Kauê de Sousa, an associate professor at Inland Norway University, said that a farmer in Tanzania told him that they like when they know that tricot plots are not only about having new varieties to test, but also improving other farmers’ lives by informing about the performance of varieties across different locations.

“The Alliance has great experience in building partnerships with the National Programs and tricot is all about good partnerships and when the partners see the value of the work, with good and reliable information coming out from the farms and new and cool ways to analyze the data and provide decision-making tools, they get motivated to do another round, and again,” he said, “This happened in Central America, West Africa and East Africa… people like it because they see the value of the data and the engagement with the farmers.”

Image credit: Farmers are becoming more involved than ever in the work of developing new, sustainable crop varieties. Credit: Alliance of Bioversity International and CIAT