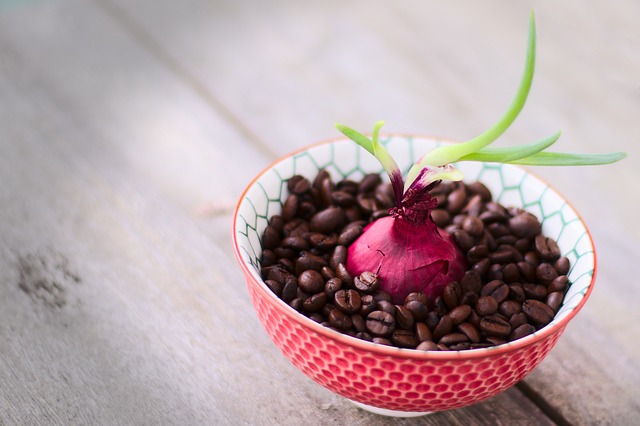 Caffeine as a stress molecule

Small to moderate amounts of caffeine can lift your moods and drop the stress levels. Caffeine (trimethylxanthine) is nothing, but a modified form of a related molecule called xanthine, which can also be converted into other smaller molecules that help the plants cope with stress. Of course, the kind of stress that the plants feel is different and more defined than that from human. For example, the most prominent stress in the plants is the lack of sufficient water. Hence, in a way, the content of xanthine in the plants can contribute to lifting the mood of the plants.

And here’s a parallel track: The DNA of all living systems is made up of the four bases, remember the A, G, C and T, which stand for adenine, guanine, cytosine and thymine. Well, guanine can be easily converted into xanthine in a single step enzymatic reaction. The enzyme that achieves that conversion, guanine deaminase (GDA), and the gene coding for it is known from different organisms. However, in plants, although the enzyme activity is known from the tea and coffee plants where xanthine is converted into caffeine and theanine, the genomic location and its nucleotide sequence is not known in any plant. It was thus, difficult for researchers to study this key step of xanthine production in plants. Sidenote: Methylation of xanthine, of course, leads to caffeine formation (Pan et al., 2019).

Xanthine is also the key compound to produce allantoin, ureides and urea which are known as stress tolerance molecules in plants capable of transporting nitrogen to their growing tissues (Irani and Todd, 2016; Watanabe et al., 2014). It must be noted that nitrogen insufficiency is closely related to decreased water uptake capacity and thus to drought susceptibility. However, the lack of genomic sequence information of guanine deaminase held back a better understanding of its connections to the pathway, its relationship to xanthine content and ultimately the content of downstream molecules such as caffeine.

We have recently reported the functional characterization of guanine deaminase gene in rice (Gotarkar et al., 2021). This is the first report of cloning and characterization of plant guanine deaminase (OsGDA1). We also demonstrated that the arrest in the activity of guanine deaminase in rice led to increased DNA methylation, which in turn can lead to gene silencing.  Thus, an inactive or suboptimal guanine deaminase can suppress the expression of other genes. Interestingly, preliminary results suggest that farmers and plant breeders have been selecting the suboptimal OsGDA1 in rice for many years into their improved rice varieties. Obviously then, OsGDA1 and the genes that may undergo silencing due to its suboptimal activity or lack of activity would be negative regulators of some useful agronomic traits, including root architecture and drought tolerance, as some preliminary results suggest (Dixit et al., 2015).

An interesting effect of ‘knocking out’ OsGDA1 in rice was the, contrary to expectation, highly increased xanthine content in the roots, which we suggest could happen due to the compensatory upregulation of an alternate pathway of xanthine production through the conversion of xanthosine. For some reason, such a putative compensatory effect was not seen in the leaves, which suggested a more prominent role for xanthine and its catabolic products such as allantoin, ureides and urea in the roots. Deng and Ashihara (2010; 2015) earlier reported the preferential accumulation of xanthine in the roots of the tea plants.

The study by Gotarkar et al (2021) thus impacts some critical lines of research for understanding purine catabolism pathway, its effect on the expression of the other genes, on plant development and on water and nitrogen stress tolerance. Further studies on GDA can also inform the routes to manipulating the content of caffeine and theine in the coffee, tea and other plants.