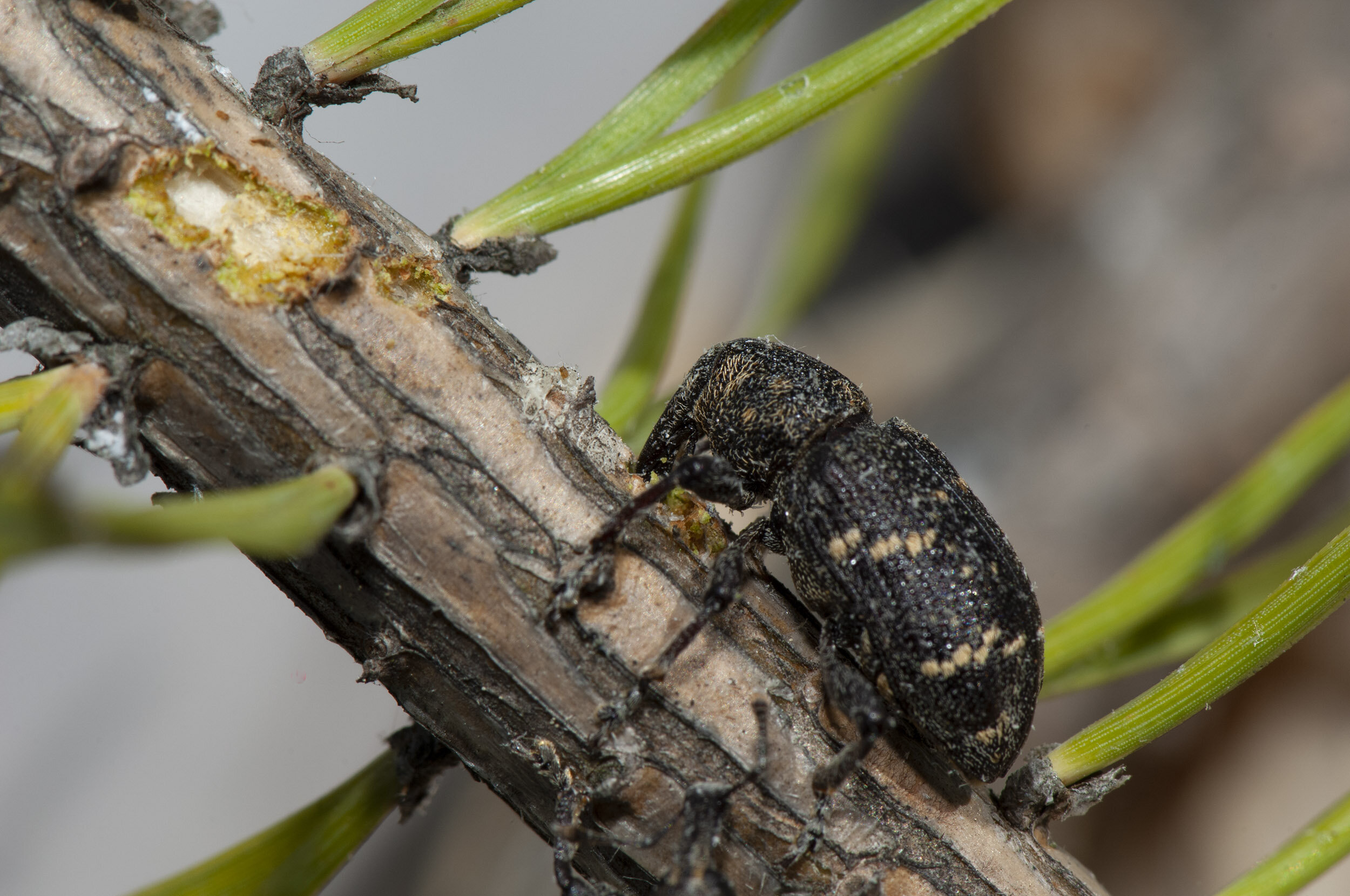 Conifer communication is complex and can be altered by air pollution

Conifers are dominant tree species in boreal forests, but they are susceptible to attack by bark beetles.

A new study from the University of Eastern Finland shows that upon attack by bark-feeding weevils, conifers release substantial quantities of volatile organic compounds that provide important cues to neighbouring seedlings.

It has long been known that when plants are damaged, they release odorous chemicals into the atmosphere. These chemicals represent an important medium through which plants communicate.

“Whereas broadleaved plants have been frequently shown to respond to chemical odours, the same observations have not been seen in conifers. Therefore, we decided to look whether conifers undergo a similar response and were amazed at the results,” Doctoral Researcher Hao Yu of the University of Eastern Finland says.

The study showed that Scots pine seedlings damaged by bark-feeding weevils release vast quantities of volatile chemicals into the atmosphere. Undamaged plants exposed to these chemicals also start to release volatiles and prepare themselves to emit more if they are subsequently attacked by weevils.

“This observation is novel and has broad implications for further research investigating the mechanisms of how plants obtain information from their neighbours,” says Professor James Blande, leader of an Academy of Finland funded project on conifer communication at the University of Eastern Finland.

In addition, receiver plants had altered resin duct traits, and were subject to reduced amounts of damage by pine weevils.

The team also investigated the responses of receiver plants under elevated ozone conditions, which represents the situation in more polluted regions. They found that the responses were significantly altered, but the final defence outcome was not affected.

“The different responses of receiver plants made us think that the communication process was eliminated, but receiver plants still had more resistance to weevils,” Yu points out.

This research sheds new light on the dynamism of conifer communication and shows that the process can be substantially altered by air pollution.

Read the paper: Proceedings of the Royal Society B: Biological Sciences