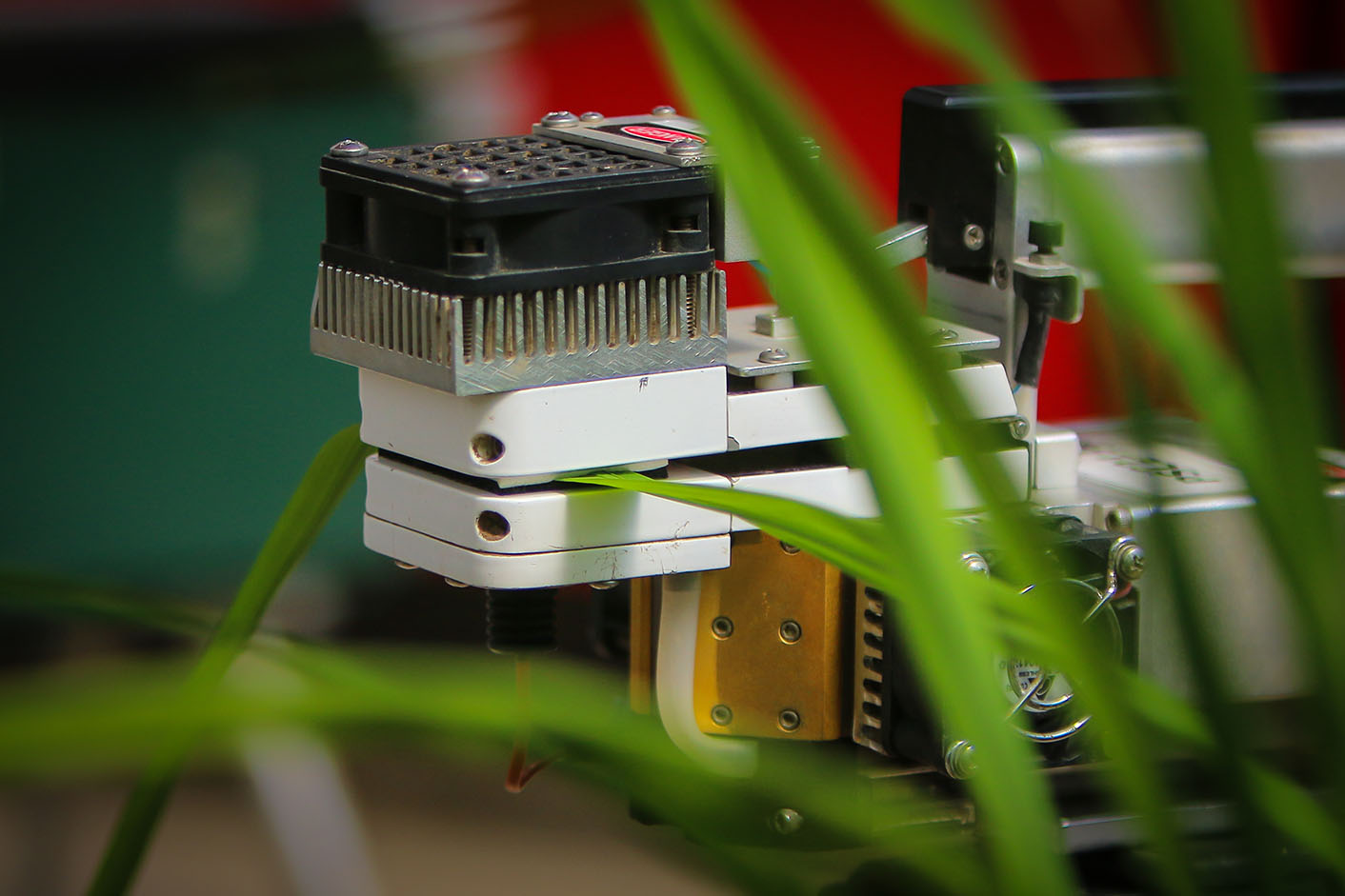 Millions of people in Asia are dependent on rice as a food source. Believed to have been domesticated as early as 6000 BCE, rice is an important source of calories globally. In a new study, researchers compared domesticated rice to its wild counterparts to understand the differences in their photosynthetic capabilities. The results can help improve future rice productivity.

Wild rice species Oryza rufipogon and Oryza nivara are typically weed-like and are taller than cultivated rice Oryza sativa. While these features are helpful in the wild, since they can shade out competitors, they are unfavorable in an agricultural setting and can lead to lower yields. Through domestication and breeding, many rice varieties have been selected to be short with erect leaves that have steep angles, which allows better light distribution through the canopy. Despite these improvements, the distribution is uneven and is affected by changes in wind and cloud cover.

“Previously, researchers primarily focused on photosynthesis in constant high light. When you’re in a field, however, plants are always in dynamic conditions and leaves are rarely in constant light due to clouds, overlying leaves moving in the wind, and intermittent shading caused by the movement of the sun,” said Liana Acevedo-Siaca, first author of this paper, who was a graduate student in the Long lab when this work was conducted. “Additionally, other researchers have only looked at domesticated rice in the context of photosynthetic induction. We wanted to compare them to their progenitors to see what has changed over time.”

When the light environments change from shade to sun and back, there are several photosynthetic changes that occur in the leaves. During the switch from low to high light, the leaves start taking up more carbon dioxide for photosynthesis, a process called photosynthetic induction. In a field, this process occurs several times a day and since the adjustment of photosynthesis is not immediate, it lowers photosynthetic performance over the course of a day and a growing season. Conversely, during the switch from high to low light, the stomata—minute openings in the leaves through which carbon dioxide, water vapor, and oxygen move—can close too slowly, leading to unnecessary water loss.

To compare the carbon dioxide uptake and the stomatal water loss between wild rice and O. sativa, Acevedo-Siaca grew the plants in a screenhouse, a greenhouse with open walls, at the International Rice Research Institute in the Philippines. Using an infra-red gas analyzer, she controlled the light levels to mimic some of the light fluctuations that are seen in natural crop canopies and measured how much CO2 was taken up by the leaf.

“We saw that although the photosynthetic induction was a lot faster in the wild rice species, the domesticated species was a lot faster at closing its stomata, leading to less water loss,” Acevedo-Siaca said. “It is possible that since O. rufipogon and O. nivara grow in more diverse ecosystems, there might be more competition for light and therefore more incentive to respond quickly to environmental changes.”

“We found that there were differences in photosynthesis in fluctuating light that weren’t reflected under the constant high-light conditions used in most previous studies. Even though the size of the study was small, we hope that our results are indicative of larger trends,” Acevedo-Siaca said. “Characterizing photosynthetic induction at different levels of the canopy will inform future studies because, in theory, leaves that are more acclimatized to low light conditions will respond differently than those in high light conditions.”

“We were interested to know whether the domestication of rice inadvertently improved its photosynthetic efficiency. Alternatively, if the breeding process was detrimental to particular characteristics, maybe we can go back to wild rice and introduce those traits into domesticated rice,” said Stephen Long (BSD/CABBI/GEGC), the Ikenberry Endowed University Chair of Crop Sciences and Plant Biology. “We are also undertaking similar work with other crops such as cowpea and soybean.”

The study “Dynamics of photosynthetic induction and relaxation within the canopy of rice and two wild relatives” was published in Food and Energy Security.

This work was done in collaboration with the C4 Rice Center at the International Rice Research Institute in Los Baños, Philippines. The work was supported by the Bill and Melinda Gates Foundation, Foundation for Food and Agriculture Research, and the UK Foreign, Commonwealth & Development Office.

Image: Photo of infra-red gas analyzer and a rice leaf. The leaf is placed inside a cuvette in which conditions related to light intensity, CO2 concentration, relative humidity, and temperature can be controlled. Credit: International Rice Research Institute