This article was republished from SciDev.Net.

Justin Moat, spatial analyst at the UK’s Royal Botanic Gardens Kew, and lead author of the study, says that currently coffee farming is mainly confined to altitudes between 1200 and 2200 metres.

“A critical factor in the suitability of coffee farming is the interaction between rainfall and temperature.”

“In general, coffee’s niche will move uphill to keep to optimal temperature,“ he tells SciDev.Net. “Much work would be needed to achieve this if planning starts now.”

According to Moat, up to 60 per cent of the country‘s current production area could become unsuitable before the end of the century.

Ethiopia, he says, is the world’s 5th largest coffee producer. The crop provides a quarter of export earnings, and approximately 15 million Ethiopians engage in coffee farming and production.

The study‘s results were based on computer modelling and simulations. “We determined coffee-preferred climate (niche) using a huge amount of data collected on the ground, including historic observations, overlaid on climate maps,” explains Moat.

They projected this niche into the future using climate models and scenarios, which revealed that all the models were in general agreement. They then combined this with satellite imagery to come up with the present-day forest coffee area, and the area projected in the future.

“A critical factor in the suitability of coffee farming is the interaction between rainfall and temperature; higher temperatures could be tolerated if there was an increase in rainfall,” Moat notes.

He adds that regardless of interventions, one of the country‘s best known coffee-growing regions — Harar, in eastern Ethiopia — is likely to disappear before the end of the century.

Shem Wandiga, a professor of chemistry at the University of Nairobi’s Institute for Climate Change Adaptation, Kenya, says that although the study cannot predict with full certainty, it holds important messages for policymakers.

“Start planning to expand coffee growing areas to higher elevation, he suggests. “The expansion should be coupled with forestation of the areas.“ 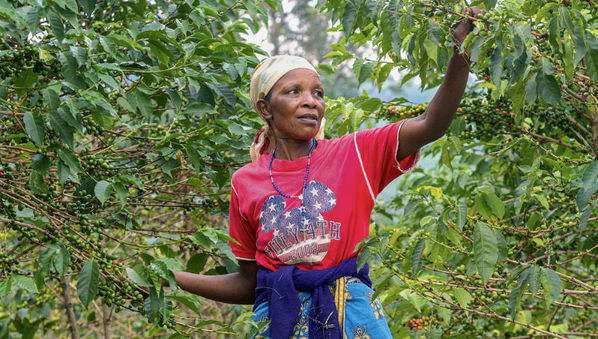 Researchers and policymakers should also map out the human, social and ecological conditions that may allow such expansion, according to Wandiga. Also, farmers should slowly substitute coffee with other plants that may bring income.

William Ndegwa, Kitui County director at the Kenya Meteorological Department, says the model used in the research is a powerful tool for linking climate variables with biological parameters.

“This is a very interesting [study] with deep insights into the characteristics of the impacts of climate change on crop production,” he notes.

This piece was produced by SciDev.Net’s Sub-Saharan Africa-English desk.