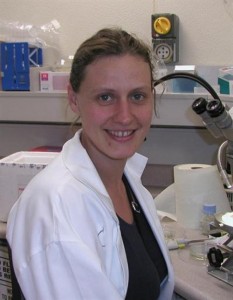 This week’s post was written by Dr Caitlin Byrt, University of Adelaide, whose research focuses the roles of water-channeling proteins – aquaporins – and ion transport in plants.

Aquaporins are water-channel proteins that move water molecules through cell membranes. They are found in every kingdom of life. Cell membranes are semi-permeable to water, but often require more rapid movements of water across membranes; cells achieve this using aquaporins.

Aquaporins play key roles in your kidneys, which typically filter each of the three liters of plasma in your body 60 times per day – that’s 180 liters of plasma each day! Around three times your body weight in water passes through your own aquaporins each day. 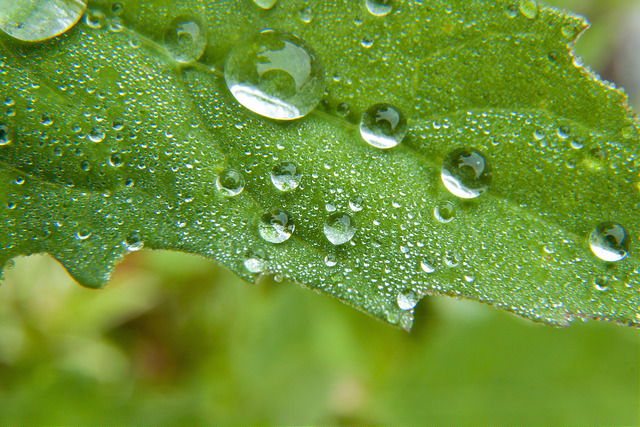 Around 50% of global rainfall passes through plants, and half of this moves through the aquaporins. Image credit: Dennis Seiffert. Used under license: CC BY-ND 2.0.

Have you got on the scales recently? Nearly 70% of your body weight is water. Water is the major component of cells in all of your tissues and this is the same for plants. Around 50% of global precipitation passes through plants, and half of this moves through aquaporins, so aquaporins account for the largest movement of mass for any protein on earth.

Often, in cell membranes, four aquaporin proteins will come together to form a tetramer to assist with the transportation of water across the cell membrane. There are types of aquaporins that only transport water, and others that transport glycerol, neutral acids or gasses. Historically, plant science literature has reported that the molecular structure of aquaporins prevents any charged particles, such as ions, from permeating. This is different in the animal world where there are reports of aquaporins that are permeable to ions. For example, in humans one of the most highly expressed aquaporins, AQP1, can function as a dual water and ion channel.

Recently, we observed that one of the most highly expressed plant aquaporins is permeable to ions when expressed in heterologous systems such as Xenopus laevis (frog) oocyte (egg) cells or yeast cells. This indicates that plants may also have types of aquaporins that can function as a dual water:ion channels. 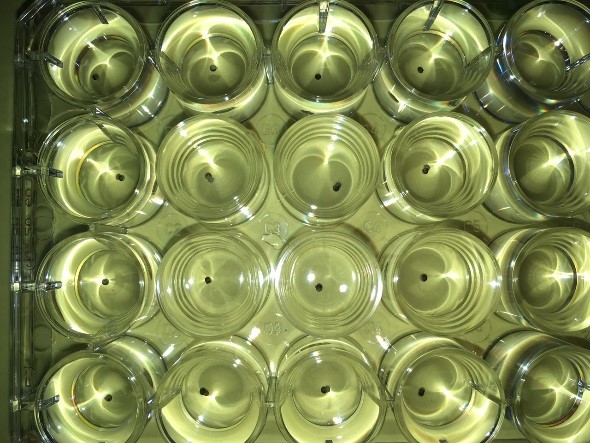 The function of plant aquaporins can be studied by expressing them in different systems such as the Xenopus laevis oocyte cells pictured here. Photo credit: Dr Caitlin Byrt.

If you want to know if a particular plant aquaporin can function as a water channel you can test it by expressing the aquaporin in a laboratory oocyte expression system. We use a tiny needle to inject RNA coding for plant aquaporins of interest into the oocyte, and for control oocytes we inject the same amount of water. The oocytes are kept in a saline solution and we usually study them one or two days after injecting the RNA to allow time for them to synthesize the protein.

If you place oocytes expressing an aquaporin into water alongside control oocytes, then the aquaporin-expressing oocytes will burst much quicker than the controls because water rushes in through the aquaporin and causes the cell to swell rapidly. To explore whether a protein conducts ions, we use electrodes to measure the currents generated when charged ions pass across the oocyte membrane. We can also use ion-specific electrodes to explore which ions are transported.

AtPIP2;1 can transport water and ions

The plant aquaporin we studied is coded in the genome of the model plant Arabidopsis; it is a plasma membrane-located protein called AtPIP2;1. The AtPIP2;1 protein is known to be highly prevalent in root epidermal cell membranes, and it also functions in the guard cells of leaves, which act like tiny valves to regulate the uptake of carbon dioxide for photosynthesis and the release of water vapor. 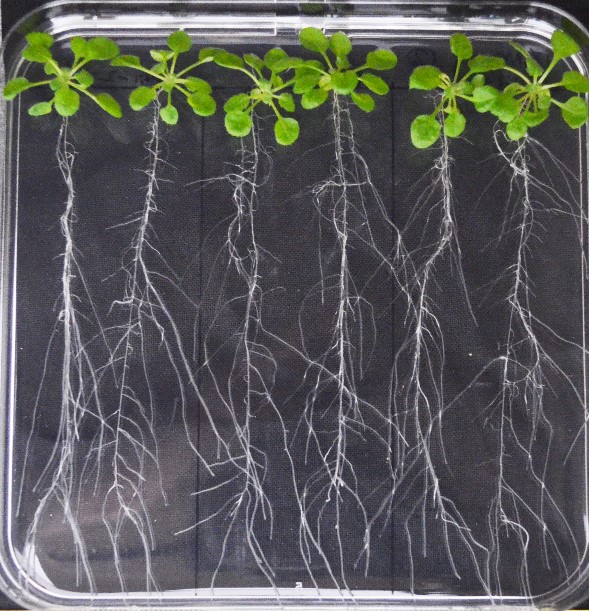 The model plant Arabidopsis has an aquaporin, AtPIP2;1, that can function as a dual water:ion channel. Photo credit: Dr. Jiaen Qiu.

We observed that AtPIP2;1 expression induces both water and ion (salt) movement across the cell membrane of oocytes. We know that the ionic conductance can be carried in part by sodium ions and that it is inhibited by calcium, cadmium and protons. This means AtPIP2;1 is a candidate for a previously reported calcium-sensitive non-selective cation channel responsible for sodium ion entry into Arabidopsis roots in saline conditions.

We are investigating the physiological role of ion permeable aquaporins in plants, and exploring how plants regulate the coupling of ion and water flow across key membranes. The regulation of ion permeability through plant aquaporins could be important in the control of water flow and regulation of cell volume. There is increasing discussion around the hypothesis that plants could drive water transport in the absence of water potential differences using salt and water co-transport, and this makes us wonder whether ion-permeable aquaporins may be involved. Testing whether ion-permeable aquaporins can function as an ‘all-in-one’ osmotic system in plants is an exciting new direction for research in this field. 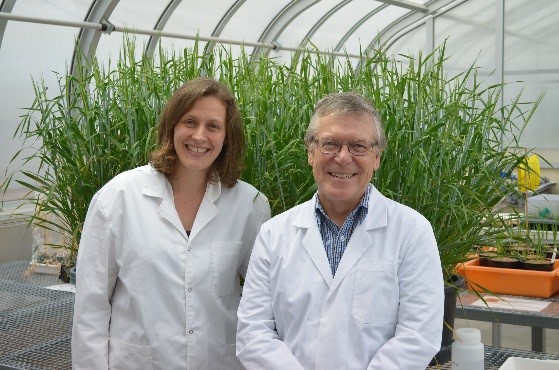