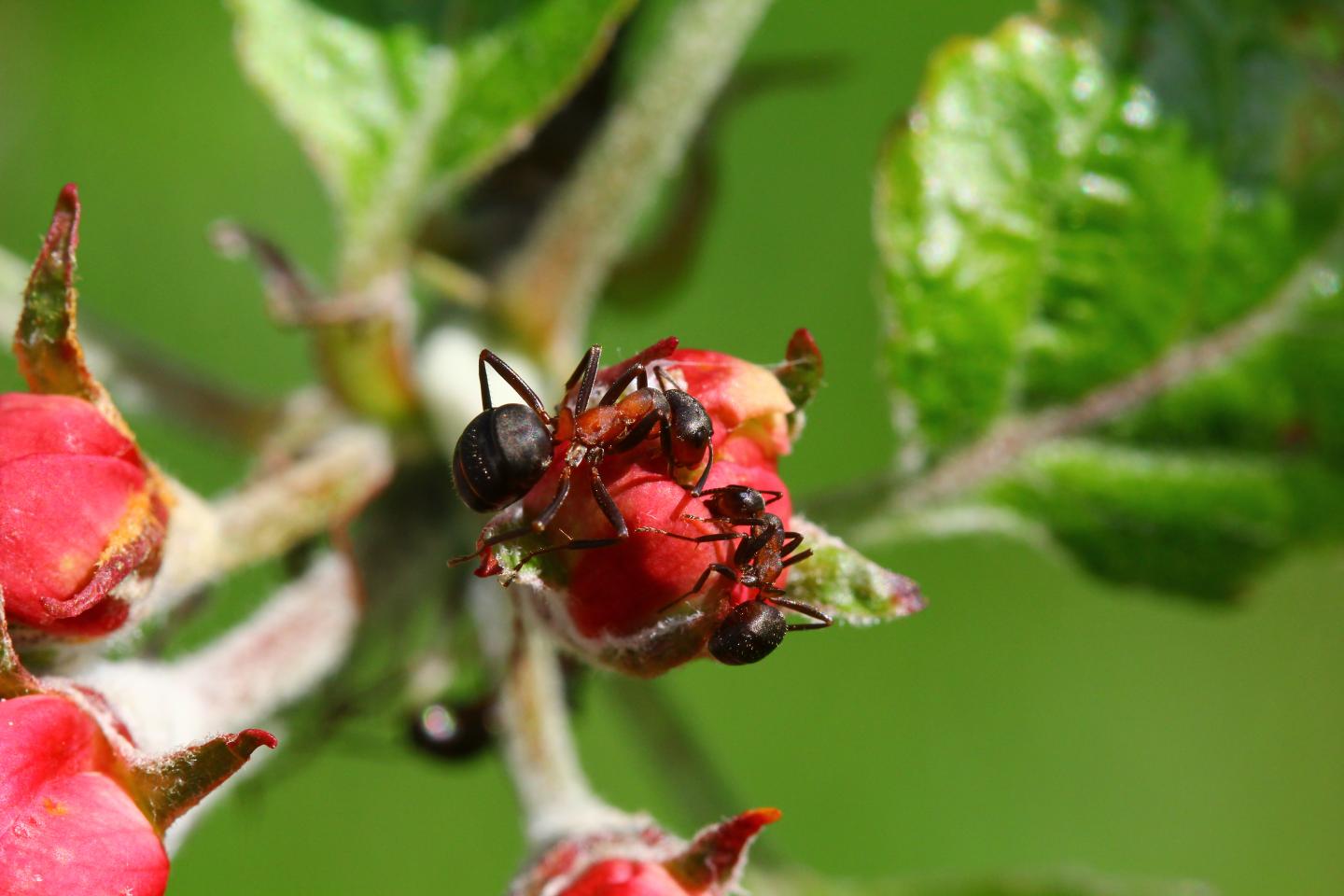 New research from Aarhus University shows that ants inhibit at least 14 different plant diseases. The small insects secrete antibiotics from glands in the body. On their legs and body, they also host colonies of bacteria that secrete antibiotics. It is probably these substances that inhibit a number of different diseases and researchers now hope to find biological pesticides that may conquer resistant plant diseases.

Ants live closely together in their ant hills and are therefore highly exposed to spread of infections. But they have their own medication against diseases. On the one hand, they are very hygienic and, on the other hand, they can cure themselves and treat each other with antibiotics produced by themselves. Through body glands, the ants secrete antibiotics, and bacterial colonies, which the ants cultivate on their legs and body, may also secrete antibiotics.

Previous research has shown that wood ants moved to an apple plantation reduced the occurrence of two apple diseases (scab and apple rot) in the plantation. This prompted researchers to go through the existing literature where they have now found scientific evidence that ants can inhibit at least 14 different plant diseases.

“We don’t yet know how the ants cure the plants” says senior researcher Joachim Offenberg, Department of Bioscience, Aarhus University, who led the research.

Antibiotics on the trail

“But we do know that the ants secrete pheromones on their trails on the plants to find their way. And we know that some of these have antibiotic properties. The curing effect on plant diseases could be due to these pheromones,”

The researchers believe that ants and their antibiotics can be put to use in agriculture in the future.

“We hope that more research in the field will reveal new types of biological control agents that can be used in the fight against resistant plant diseases in agriculture,”

And the idea is not mere utopia: Other researchers have found antibiotics on African ants that are capable of killing MRSA and other multi-resistant bacteria.