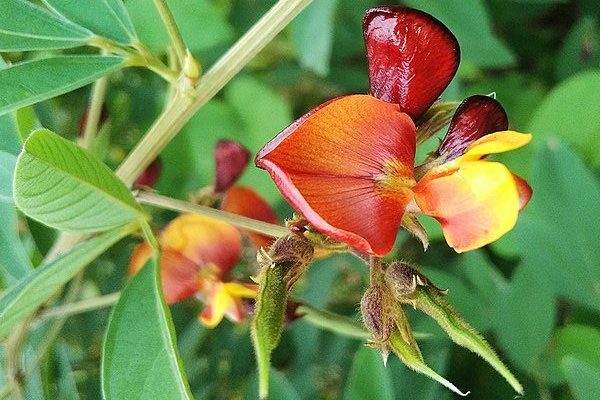 This work has been published in The Plant Genome very recently. This study has analyzed one environment-sensitive genic male sterile (EGMS) line that exhibited fertility transition under specified environmental conditions. Fertility transition here refers to the reversion of male sterile condition producing viable pollen to become male fertile plant and vice-versa. An EGMS line, if understood better, could be used together with any elite line for hybrid seed production. Such a system is popular in rice, where the two-line based hybrid rice occupies about 30% of the total hybrid rice growing areas with up to 5-10% higher yield than the three-line hybrids. This new study has dissected unique phenomenon of fertility-sterility transition at molecular level using the systems biology approach.

Prof. Wolfram Weckwerth, Director of VIME and co-leader of this study highlights the importance, “This study is a result of our collaboration over several years with the ICRISAT Center of Excellence in Genomics & Systems Biology.” He added, “We are very much hopeful that this study will be hihgly useful to enhance a hybrid breeding system in pigeonpea and help the farming community in developing countries.”

Pigeonpea is a key staple crop, highly resistant against drought and extremely important to smallholder farmers in India and many developing countries such as Myanmar, Nepal, Tanzania, Kenya etc. Several years back ICRISAT together with their partners developed cytoplastic male sterility (CMS)-based three-lines hybrid breeding system in pigeonpea. These hybrids have demonstrated upto 30-40% yield advantage over popular varieties. The current hybrid breeding system needs three lines- A- cytoplasmic sterile line, R- fertility restorer line, and B- sterility maintainer line. As a result, the hybrid seed production system is technically demanding and resource intensive. To make the current hybrid breeding system simple and cost effective, CEGSB has been working with VIME for the last years to dissect a suitable EGMS line.

Prof. Rajeev K Varshney, Director, CEGSB at ICRISAT and co-leader of the study on completion of this study said, “It has been privilege for us to work with VIME for using a systems biology approach that combines transcriptomics, proteomics, metabolomics and computational genomics for dissecting fertility-sterility transiation mechanism in the EGMS line.” He added, “This study has identified a transcription factor called REVEILLE1 to regulate auxin levels that explains the fertility transition in response to day temperature, especially morning hours.”

Dr Rachit Saxena, co-leader and Senior Scientist at ICRISAT told, “Our study had revealed the role of disturbed auxin levels for causing pollen wall thickening and responsible for inhibiting nutrient uptake leading to starvation of pollen grain and subsequent sterility.”

In summary, the precise day temperatures could be utilized for hybrid seed production (sterility condition) and multiplication of the TGMS line (fertility condition). Accordingly, any fluctuation in the environmental condition could be monitored for critical temperatures. Further, the exogenous application of auxin could be useful for multiplication of the male sterile line under unfavorable conditions (e.g. higher day temperatures). In the tropical regions, thermosensitive genic male sterility is considered more appropriate for two-line hybrid breeding over photo-sensitive genic male sterility as photoperiod differences are marginal. TGMS line identified from this study looks at a promising future that could ensure a successful hybrid seed production methodology for development of a two-line based hybrid pigeonpea for the semi-arid tropics.

Read the paper: The Plant Genome